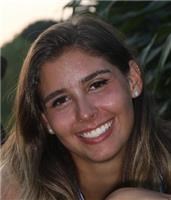 The University of Rhode Island tragically lost two students this summer and continues to mourn their passings as the academic year begins.

Maximus Julian, a 22-year-old student in the College of Business, passed away on June 1 after being the victim of a random act of violence at a Newport party.

According to EastBayRI, Julian was a local fisherman at Sakonnet Point in Little Compton. One of his fellow crew members described him to EastBayRI as “everything you could want in a crewmember.”

He was a Dean’s List student at URI and had plans to graduate this fall. After the tragedy, the Dean of the College of Business Maling Ebrahimpour shared a message to the URI community.

“We are heartbroken to hear of the passing of one of our business students,” Ebrahimpour said. “Maximus was a wonderful person who excelled in his studies here in the College of Business. This is a terrible loss for our college and for our community. We extend our deepest sympathies to the families and are here for any student requiring grief resources.”

A GoFundMe page was set up in June to help his family pay for the funeral expenses. The page described Julian as a lover of BMX and fishing and “a shining light in the world [who] will forever be remembered as being full of generosity, life and love.”

Leah Ribner-Martin, a 20-year-old URI student studying animal science and technology in the College of Environment and Life Sciences, tragically passed away in a car accident on Aug. 10 in North Kingstown.

Ribner-Martin is remembered as a proud member of the Rhode Island 4-H, according to a statement from URI that was published after her passing. She was entering her first year as a pharmacy student at URI, with hopes of becoming a veterinary pharmacist after graduation.

In her obituary, Ribner-Martin is remembered as a loving employee of the Red Dog Inn, a doggy daycare and boarding facility.

“We will always be grateful and thankful to this beautiful soul for her amazing compassion and for showing our dogs unconditional love,” the Rhode Home Rescue, an affiliate of the Red Dog Inn, posted on Facebook after Ribner-Martin’s passing.

In the University’s statement, Ribner-Martin’s mother, Lenore Martin, said, “Leah was killed in a tragic car accident that shouldn’t have happened. She was wearing her seat belt. Be careful when driving, be alert.”

The Good Five Cent Cigar staff mourns the loss of Julian and Ribner-Martin and sends condolences to both families. We will remember their legacies as bright URI students and look back at their contributions to the community fondly.