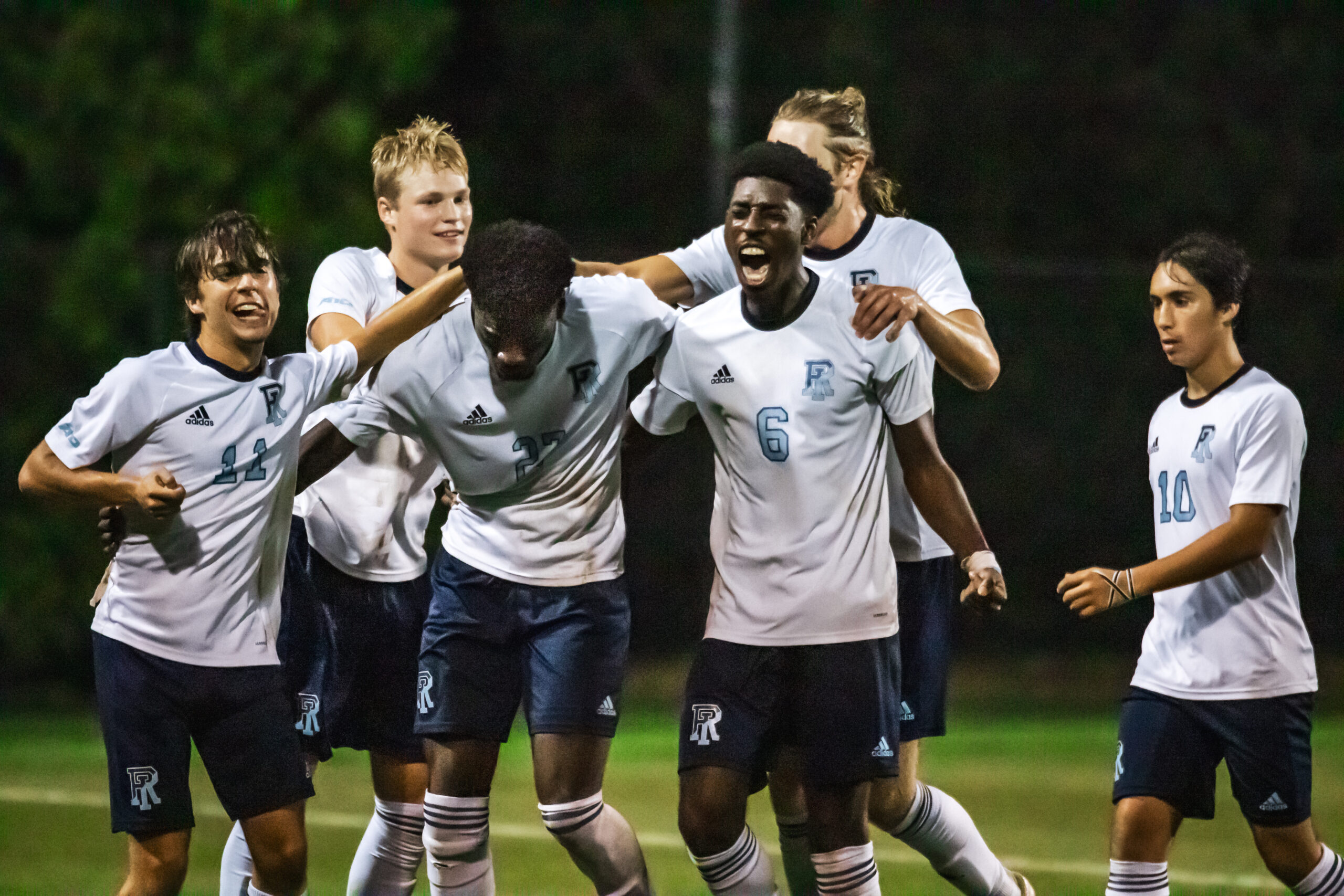 The University of Rhode Island Men’s Soccer team continued its unbeaten streak this past week with wins against Merrimack and Brown.

Reigning Atlantic 10 Freshman of the Week Isak Oystese scored two goals, including the go-ahead score in the 81st minute to lead Rhody to a 2-1 victory on the road at Merrimack.

For the first 35 minutes of action, both teams battled defensively, holding strong to start, but in the 36th minute, Oystese broke the deadlock when he dove towards a cross from freshman winger Max Kwitchkoff and guided it into the back of the net, giving Rhody the 1-0 advantage.

The Rams took that lead into the half, but Merrimack responded quickly when a throw-in was headed toward the box and Merrimack’s Trym Kyvaag snuck a second header past Rhody redshirt senior goalkeeper Stefan Schmidt, making it 1-1.

The score held for most of the second half as Rhody’s defense was dominant. Eventually, that defense led to offense when, in the last nine minutes of the match, Rhody’s Hugo Guerra led a counterattack, finding redshirt junior Patrick Agyemang down the sideline. Agyemang then sent in a low cross that found Oystese’s foot for an easy tap-in, securing the win.

Oystese has been one of the team’s most impactful players. With three goals through six games this season, Eliott has been impressed with the way he has adjusted to the college game and attributes that to the work that he has put on the field.

“The thing that sticks out about Isak is his work ethics,” Head Coach Gareth Elliot said. “He works so hard to put himself in the positions that he gets in, and he is rewarded by his teammates with goals. His work ethic is contagious, and the team takes after him in how hard they work.”

Elliott also credited the way his team has been defending this season. The Kyvaag goal was only the second goal that the team has conceded this season.

On Wednesday, the team returned home for an in-state battle against Brown. Despite riding a four-game unbeaten streak, the team historically hasn’t played well against the Bears. Elliott emphasized the importance of his team staying grounded ahead of the matchup.

“I always tell our guys to stay humble and stay hungry,” he said. “In soccer, it is so easy to get comfortable and complacent and, with teams like Brown and other A-10 teams on the schedule, we can’t afford that. The minute we relax is the minute we get killed.”

The Rams put their coach’s words into practice with a quick start. In the sixth minute, graduate forward Edvin Akselsen, making his season debut, found Agyemang with a cross from the right flank to give Rhody a 1-0 lead.

Brown quickly equalized off a corner kick seven minutes later. The inswinging cross was cleared outside the box by Agyemang, but the ball fell to the feet of senior defender Will Crain, who whistled it into the back of the net.

Agyemang found the back of the net again in the 61st minute and completed the hat trick in the 85th minute with a beautiful chip over Brown senior goalkeeper Max Waldau to give the Rams the 3-1 victory.

The team kicks off conference play on Saturday when they welcome VCU to the URI Soccer Complex. Kick off is scheduled for 7 p.m., and the game can be watched on ESPN+.