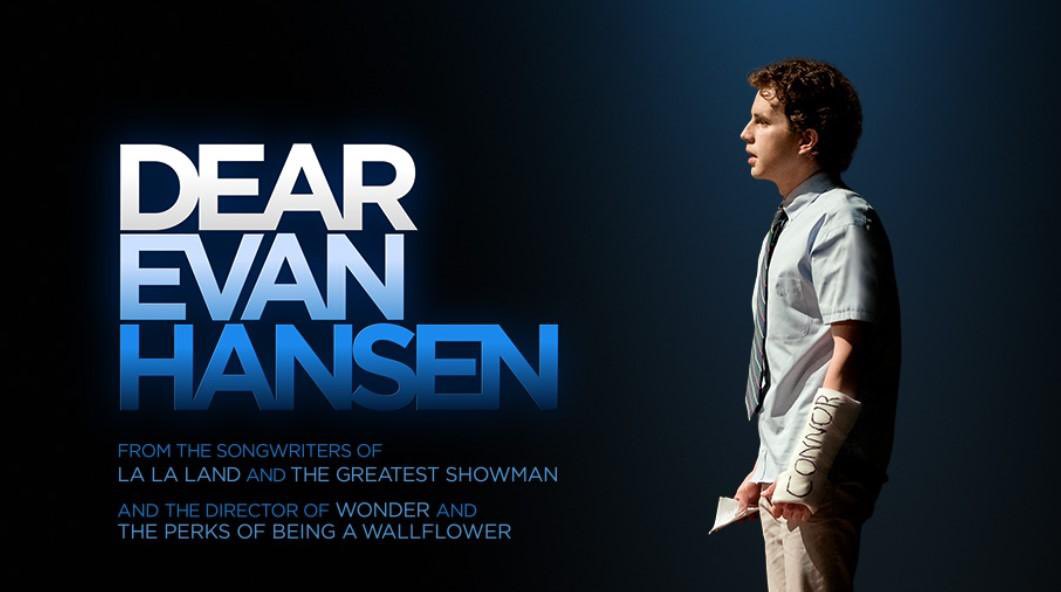 The newly released film, “Dear Evan Hansen”, which is based on the Broadway musical, offers a complex plot about mental health and suicide among teens. PHOTO CREDIT: universalpictures.com

Almost five years after the hit Broadway musical “Dear Evan Hansen” opened, it was released in theaters as a film adaptation to scathing reviews, with critics focusing on the plot as a sore point for viewers. If the story is the main issue, what made it work onstage but fail on screen?

While the stage show was the biggest hit of the season and swept the 2017 Tony Awards — including a win for Ben Platt who brought his performance of the title character to the big screen — it wasn’t universally loved.

“Dear Evan Hansen,” tells the story of a teenage boy named Evan Hansen struggling with social anxiety, amongst other mental health issues. His therapist gives him an assignment to write letters to himself, hence the show’s title. However, one of them gets stolen by his outsider classmate Connor Murphy. After Connor commits suicide and Evan’s letter is found in his pocket, the Murphys assume Evan and Conor must have been close friends, and Evan plays into this assumption, eventually building on the lie through fake emails he and his family friend Jared created to make them seem as though they were best friends when they hardly knew each other.

With themes about mental health, the show seemed topical when it first hit Broadway. A study published in the Journal of Abnormal Psychology found that between 2009 and 2017, feelings of anxiety and hopelessness increased by 71 percent among people ages 17 to 25 and the suicide rate among teens ages 18 to 19 increased by 56 percent. These troubling statistics led to an influx of stories about teenage suicide, anxiety and depression.

Months after “Dear Evan Hansen,” opened, Netflix released a series based on the book “13 Reasons Why,” which was an incredibly polarizing show when it was first released. While “Dear Evan Hansen” hasn’t been accused of glorifying suicide, “13 Reasons Why” could have made audiences change their standards when it comes to such media, or even decide that these stories shouldn’t be told in such a way at all.

Many critics have stated in their reviews that they’ve never seen the original Broadway show, and neither have I. While I had a strong obsession with the cast album when it first dropped, and had always meant to see it staged, I’d never looked into more than a Wikipedia plot summary until stepping into the theater. What I had done was read the negative film reviews. I also agreed that Platt, now 28, had really aged out of the part and whatever they did with his hair and makeup really wasn’t doing him any favors. Still, I wanted to be able to provide my own informed opinion when it came to the discourse, so even though I was pretty sure I would hate it, I bought a ticket anyway.

I wasn’t expecting to like it, but I did; I really did.

The biggest changes between the stage and film versions were some cut songs (and new originals), the changing of Larry as Connor’s biological father to his stepfather and the consequences that Evan faces for his actions that force him to take accountability in a way that the original stage show never had. So, how is it that the creatives addressed what was supposedly the biggest issue with the show, yet still came up short?

While I enjoyed Platt’s performance, there was a distinct turning point for me when Evan was no longer an anxious kid who made a mistake, but a liar taking advantage of a grieving family. Especially egregious is the romantic relationship he forms with Zoe, Connor’s younger sister and longtime crush of Evan’s. I wasn’t ready to offer him forgiveness at the end of the film, and it didn’t seem as though the characters were either, but what was most important to me was that I felt that the writers never expected that of me as a viewer.

The plot was definitely complex, and my feelings about Evan even more so, but performances from the cast were exceptional, with Amy Adams as desperate-to-keep-it-together Cynthia Murphy, Colton Ryan as Connor, Kaitlyn Dever as Zoe, Amandla Stenberg as Alana, the class student president who appears happy on the surface, but has her own mental health struggles and more. I also appreciated that, even with the musical element, the settings still felt true to the story and its location, keeping an intimacy important for such a story.

I’m still not sure if “Dear Evan Hansen” had a story that needed to be told or even should have been, but I think director Stephen Chbosky told it as best as he could.