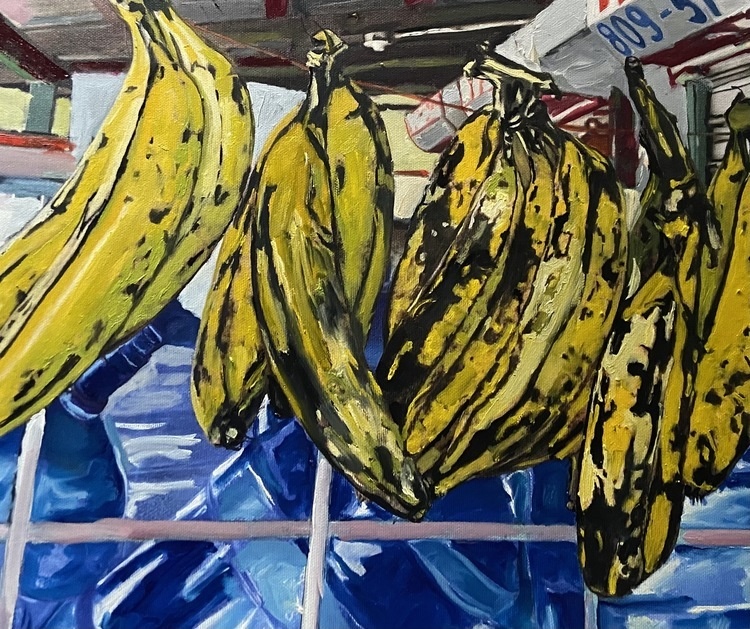 For the entire month of September, The University of Rhode Island hosted an art exhibit at the Feinstein Campus to honor Jorge Cardenas and the work he did for the Providence Public School Department.

Cardenas was born in Callao, Peru in 1949 and emigrated to Rhode Island in 1993. He supported school children in the state by founding the “Back to School Celebration of Rhode Island” which helps deliver 16,000 backpacks and school supplies to students in the Providence community. In addition to this work, Cardenas also supported and worked to improve the lives of community artists and musicians in Rhode Island before his passing last November.

The exhibition started off with three memorial art pieces by Nilton Cardenas, the son of Jorge. The pieces are made up of photos, both of Cardenas and his family, and have a 3-D effect for viewers, due to the layering of pictures and drawings in what looks like a box that allows the reader to feel a more intimate connection to Cardenas, as if they are seeing him in his real life.

Another series in the exhibition was Raphael Díaz’s pieces entitled “The Y series.” There are six pieces in this series that follow a similar motif both in colors and message. The majority of the paintings are blue and yellow, and many of them feature barbed wire. The last painting in the series was a self portrait of Díaz, who is a Providence public school teacher. There was also a separate piece that was described as a tribute to Cardenas. While this piece includes many other colors such as greens and reds, it also has two letter y’s on it, making the viewer feel as if it were connected to his other paintings.

There was another tribute to Cardenas in the exhibit that was by Tamara Diaz. It was an abstract, cartoon-style painting of Cardenas. In the portrait, he was depicted as having a large smile, and was surrounded by many different pastel colors and abstract lines spreading all around him. I interpreted this to show that the greatest joy in Cardenas’ life was when he was giving to others and bettering the world around him.

Another portrait of Cardenas was painted by Ovic Santana in the Dominican Republic. It features a realistic Cardenas present in the middle of the canvas with microphones surrounding him. Cardenas was painted over in red, white and blue paints, and behind him was the flag of Peru, his home country, representing his Hispanic heritage and pride.

One of the last and most influential paintings in my opinion was a piece by Francisco Hernandez entitled “Waterfire.” It uses many different colors and strokes to depict the scene of the famous Rhode Island Waterfire event in Providence. It also depicts a crowd standing around watching the event. This painting not only shows off the beauty of Rhode Island, but also of the city Cardenas loved so much, and the community he served.