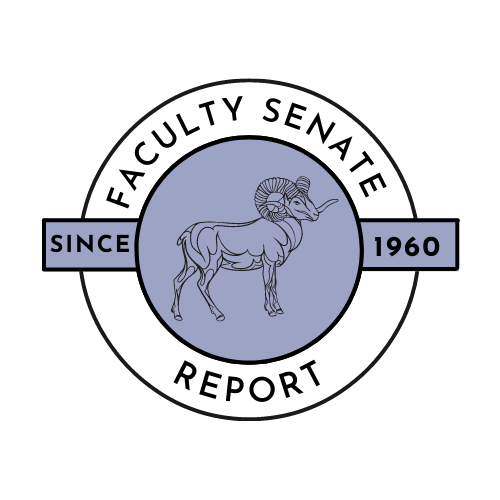 During their first official meeting of the academic year, the University of Rhode Island Faculty Senate discussed and voted on issues including vaccine mandates for faculty, new bereavement policies and committee reports.

The meeting was led by Audrey Cardany, the president of the Faculty Senate and an assistant professor of music education, and began with a moment of silence for faculty members who passed away this summer.

The first order of business was the approval of candidates for the award of graduate degrees for August 2021. Following this, Cardany presented the results of two referendums posted over the past month.

A proposal for editorial changes regarding the general faculty was approved with 210 yeas, 8 nays and 5 abstentions.

Another proposal to use gender-neutral and non-binary language in the University manual constitution of bylaws was also approved with 213 yeas, 9 nays and 1 abstention, according to Cardany.

She also issued a reminder that the deadline for the vaccine mandate for all faculty is Oct. 15.

Faculty Senate Vice President Mike Rice presented a new bereavement policy proposal. The change would excuse student absences for up to two weeks after the traumatic loss of a family member or other significant human relationship.

“Well, some pets are very important, as much as humans,” La Luna said in response.

The proposal was passed as written without including the loss of pets in the policy.

A resolution recognizing former-Provost and Vice President for Academic Affairs Donald DeHayes’ decision to step down from his positions was also approved. Manu staff members spoke of their positive experience working with him.

After the vote, University President Marc Parlange spoke to the Senate about his experience so far at URI and his goals as president.

Since he arrived in August he has taken part in events ranging from athletics to research expeditions. Some of his goals include preparing students for the 21st century and creating a culture of belonging.

Thorr Bjorn, the director of athletics, gave a presentation alongside newly announced Faculty Athletic Representative Megan Echevarria on the University’s 2021 athletic programs. This presentation included information about the high academic success of URI’s athletes in the 2021 school year, the holistic approach they are trying to take to take care of athletes’ physical and mental well-being and the vast array of academic programs that athletes are involved in.

A collaboration between the Harrington School of Communication and Media and the athletic department began this fall as a way to expose students to live sports television production through the platform, ESPN+. The move hopes to help URI, who ranked last in the Atlantic 10 conference in terms of ability to put content on ESPN.

Kathleen Torrens, a professor of communications studies, gave a report, on behalf of the Office of the Advancement of Teaching and Learning, about her belief that the future of academics lies in a mixture of online and in-person classes.

“There are four big issues that I think are facing the joint committee for the coming year,” she said. “[They are] blended learning, diversity, equity and inclusion, academic integrity and online pedagogy.”

She said that she believes blended learning is the solution to these broad issues within the University. She noted that there is an important distinction between dedicated online learning and remote, emergency instruction.

Course changes, online versions of courses and course deletions and additions were then briefly touched on, although these had already been voted on and approved prior to this meeting. These include significant course changes and updates within the music and pharmacy departments, as well as new online versions of certain business courses. Course changes include material covered, credits received, which professors are teaching courses and more. These changes are done to ensure the material being taught is up to date with the latest information available. Courses may also be switched out for new ones as older ones become less applicable to our modern understanding and usefulness of the topics covered.

The meeting ended with a short presentation by a newly formed COVID-19 Task Force led by Samuel Adams and La Luna. The group briefly described their goals, including some disciplinary actions that could be taken against students who refuse to wear masks.

The pair answered questions from Senators and faculty who attended the event. There were concerns about a very low rate of mask-wearing within the library and about whether it is the professor’s responsibility to enforce the mask-wearing in the classroom. A solution to the library issue was not decided upon, but it was explained that professors must tell a student to wear a mask. If students refuse, it is then the responsibility of higher disciplinary bodies.

The next faculty senate meeting will convene on Oct. 21 at 3 p.m.