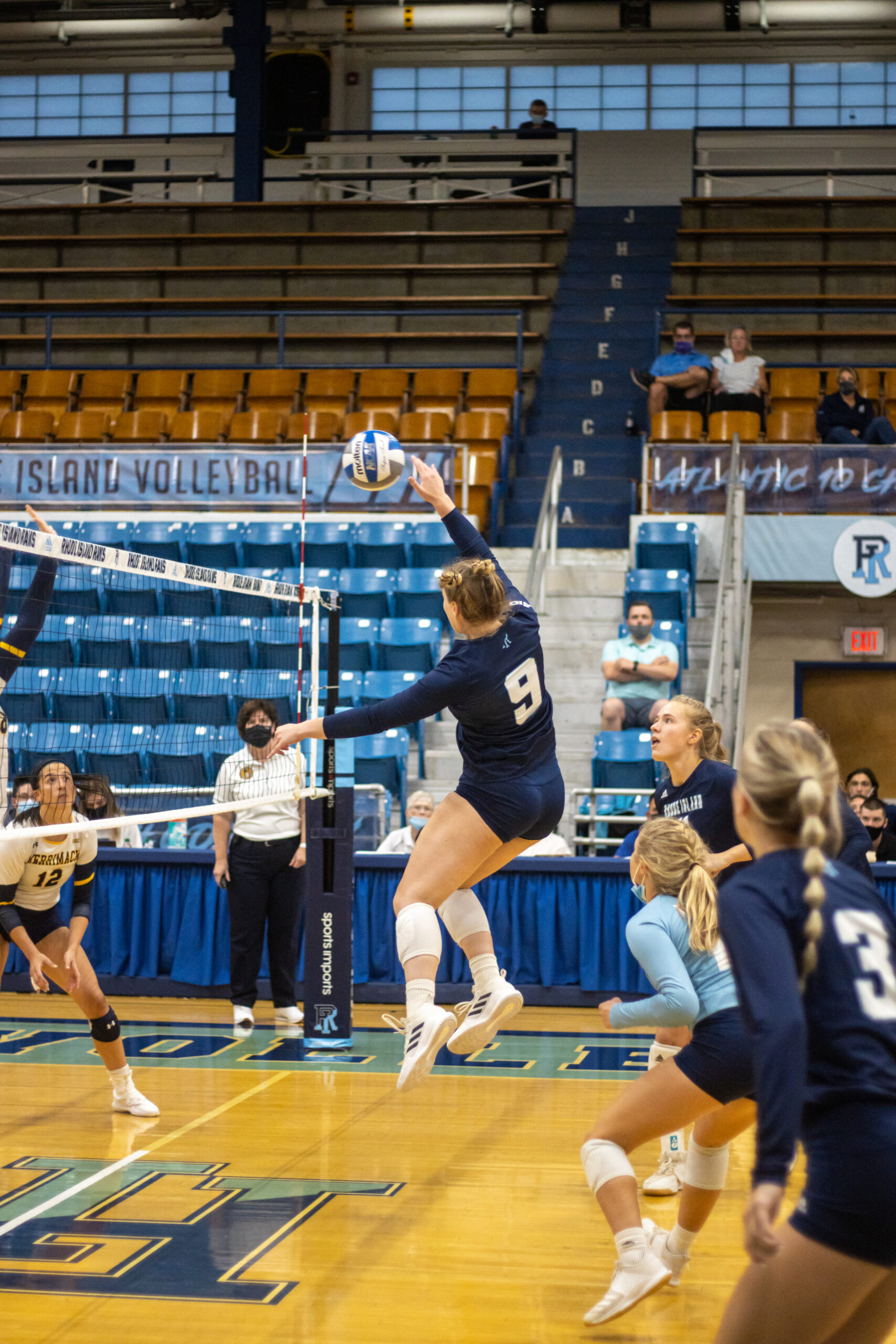 After a strong first set to take the lead Friday night, St. Louis rallied, winning three straight sets to win the game. From there, the Rams couldn’t recover in their next match on Tuesday against Bryant, losing in straight sets.

Despite the recent slide, the Rams continue to gain confidence as they progress through the season.

The first set against the Billikens saw Rhody take advantage of a sloppy start from the home team, who committed nine errors from 44 total attacks. Despite the start, the match was knotted at 13 apiece. The turning point in the set occurred when St. Louis committed four errors in five points to give the Rams a 18-14 advantage. From there, the Rams never looked back and won the first set 25-22.

However, the results were not the same in the sets to follow as the Billikens used an 8-1 run in the second set to claim a 25-18 victory. They followed that with a 25-20 victory in the third set and a narrow 26-24 victory in the fourth and final set.

This defeat made it three losses in a row for the Rams, as they were defeated earlier in their road trip by Virginia Commonwealth and Davidson. This, however, brings about little to no concern for Head Coach Angel Agu and her squad. She believes that the Rams are actually improving.

“The girls have improved a lot in pressure situations,” Agu said. “As long as we continue to improve that way and continue to trust each other, we will have a season that I think we can all be proud of.”

Smith agreed with her coach.

“We are a team that is very much about the process and not result-based,” she said. “We are just focused on getting one percent better every day.”

Smith, who transferred from Iona over the summer, has noticed in her short time with the team how gritty they are and believes they will get themselves out of this slump.

“This team is incredibly resilient,” she said. “Obviously this has been a tough stretch, but we are just going to continue to plug away because we know if we keep getting better, we will be fine.”

Unfortunately, they would have to wait a little longer after falling 3-0 to in-state rival Bryant on the road, though the scoreboard was not telling of the effort from the Rams.

The first set saw a tied score at nine a piece before Bryant scored 12 of the next 14 points, eventually winning the set 25-15.

The second set was mostly dominated by the Rams with Rhody holding leads as big as eight before the Bulldogs came back and scored eight of the final 11 points, winning the set 25-22.

The final set started with a Rhody kill, but that was the only lead of the set as the Bulldogs took a 2-1 lead early in the set and never looked back.

Smith continued her stellar play in the defeat, logging 13 kills, five digs and five assists, while her teammate Brynne Wright led the team with eight kills.

The Rams will return home to continue conference play when they take on George Mason on Friday at Keaney Gymnasium, with the match scheduled to start at 7 p.m.