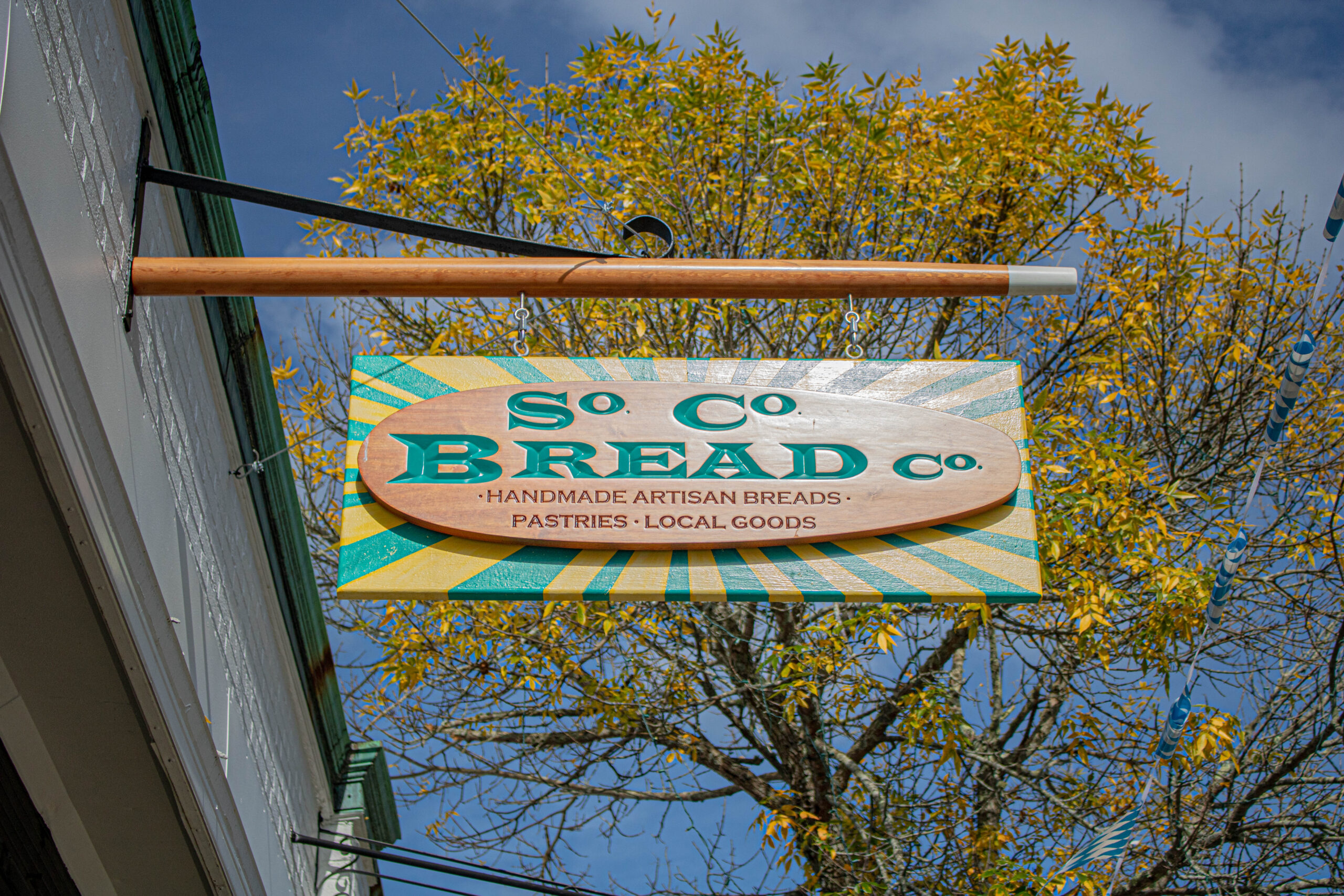 Starting in the ovens of Kingston Pizza, Jeff Collins’ sourdough recipes gave rise to his ambition and ultimately led him to open South County Bread Company in downtown Wakefield.

The path Collins took to starting South County Bread Company was unusual. After graduating from Johnson and Wales University, Collins moved to New Jersey, where he began a career in business as the district manager of a marketing firm. After a time though, he grew tired of it.

A conversation with his father and an ad in a local newspaper for baking classes led him to learn how to bake bread from scratch.

“I went in, and it happened to be the largest scratch bakery on the East Coast, Delicious Orchards,” Collins said. “I went in and fell in love with the process.”

It wasn’t long before his new line of work brought him back to his home state of Rhode Island.

While working in Wakefield’s Belmont Market baking bread, Collins said that he amassed a following of customers. It was here that he finally decided to “go independent.”

Collins said that the company would have never gotten off the ground without the help of Kingston Pizza and its owner, Sam Sciabarrasi.

While the COVID-19 pandemic proved to be the undoing of many local businesses, Collins said that it provided him a unique opportunity with South County Bread Company. With Sciabarrasi’s help, Collins said he was able to “soft launch” the business, housing it temporarily within Kingston Pizza since no one was dining inside there at the time.

“He’s an entrepreneur himself, and always interested in different ways to help others,” Collins said.

That eased the stress on Collins’ wife and two children and allowed him to make the move to open his own business.

“If it weren’t for Kingston Pizza, it would have been absolutely scary, and it wouldn’t have happened,” Collins said.

After a short time working out of Kingston Pizza, Collins and South County Bread Company moved to its new location at 333 Main St. in Wakefield.

Most of the bread baked at the business is made with sourdough starter, which according to Collins, is easier on the digestive tract and is generally better for the stomach than commercially yeasted bread.

“Nobody around here is really doing sourdough that strictly just involves all-natural fermentation, ” Collins said. “Anything fermented is really good for you, good for your gut and usually has loads of flavor.”

Kevin Olsen, who graduated from URI last semester with a bachelor’s degree in film media studies, is one of South County Bread Company’s current workers.

Olsen was one of the first people that Collins hired upon moving South County Bread Company into its own space, and is now in charge of the bakery’s croissant team.

The croissants also follow the all sourdough method of the company giving them a different consistency and flavor than traditional French croissants.

“Honestly, it’s easier to work with and laminate,” Olsen said. “The butter incorporates easier, and they come out a little bit flakier. I like that about them.”

As the business grows, Collins is looking towards hopefully expanding South County Bread Company in the future. He’s also looking forward to starting a “culture of bread” in southern Rhode Island, as well as among any students at URI willing to learn.

“I would love to be able to open satellite locations and other storefronts and take what we’re doing here and apply it to there,” Collins said. “And [I’d like to help] people in the future who may want to step outside of the box and learn the craft and make a living from it.”

South County Bread Company is open from 7:30 a.m.- 4:30 p.m. from Wednesday to Sunday and is closed on Mondays and Tuesdays.