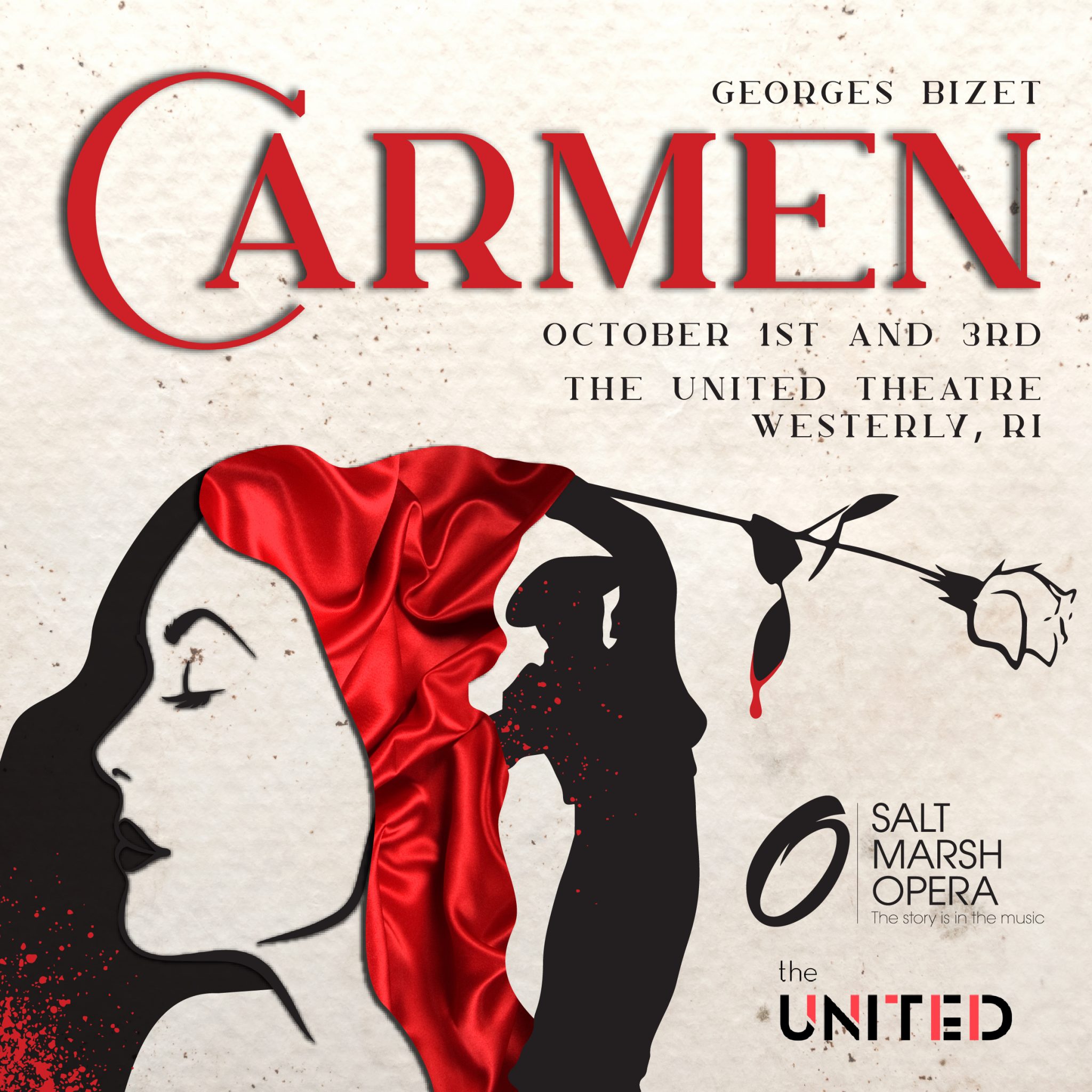 Based in Stonington, Connecticut, Salt Marsh Opera has debuted a new, fully staged opera production every October for the past 21 years. Surprisingly, this was their first time performing “Carmen,” despite it being the third-most-performed opera in the repertoire. Though widely panned for its controversial portrayals of sexuality and violence during its 1875 premiere, “Carmen” eventually cast her spell on the world of opera ‒‒ and it doesn’t look like it will be breaking anytime soon! Now, every year, the story of the passionate Carmen and deranged Don Jose’s fatal fling graces stages around the globe.

The question remains as to how to keep an opera that has been consistently performed for over two centuries fresh. For this production, stage director Josh Shaw reset the scene from the late 19th century to the 1950s, with Carmen exchanging her swirling bohemian skirts for a pin-up style polka-dot dress. The setting emphasized Shaw’s directorial hallmarks of productions that are colorful, unconventional and humorous. This was not the grim and gritty “Carmen” that audiences have come to expect; Shaw balanced the opera’s potential for slapstick and ironic laughs with the characters’ hurtle towards fate’s ghastly plan.

The cast likewise breathed new life into these staple roles. Jessica Best’s bombastic, bleach-blonde Carmen captured the character’s indomitable spirit with a combination of a saucy attitude and an earthy mezzo-soprano voice. With Best’s wide-ranging performance background, she was able to bring more variety to the vocal colors she used as Carmen that, in turn, gave a more nuanced musical portrayal of the character. Brian Cheney also stood out as by-the-book soldier Don Jose, portraying the descent of a man of character into lethal obsession. Cheney’s titanic tenor voice is balanced by the sensitivity of his acting, making him perfect for a role that is as horrific as it is heartbreaking.

Other excellent performances came from Diana Higbee as Don Jose’s fiancee, Micaela. Her brilliant soprano voice and delicate delivery set up a sharp foil to Carmen’s brazen, unabashed nature. Bass-baritone Peter Barber was a powerful presence as toreador Escamillo, lending his rich voice to one of the opera’s most memorable tunes. And, that is not to leave out the work of the ensemble, which brought the world of the opera to vivid life with some extremely difficult choral numbers, many of which require lots of movement. For example, when Carmen and one of her fellow cigarette girls get into a knife fight, sending the factory into chaos.

Though this production of “Carmen” may have taken its final bow, Salt Marsh Opera consistently hosts events that highlight local artists and bring opera to Southern New England. To find out what they are up to next, one can find them online at saltmarshopera.org or @saltmarshopera on Facebook and Instagram.