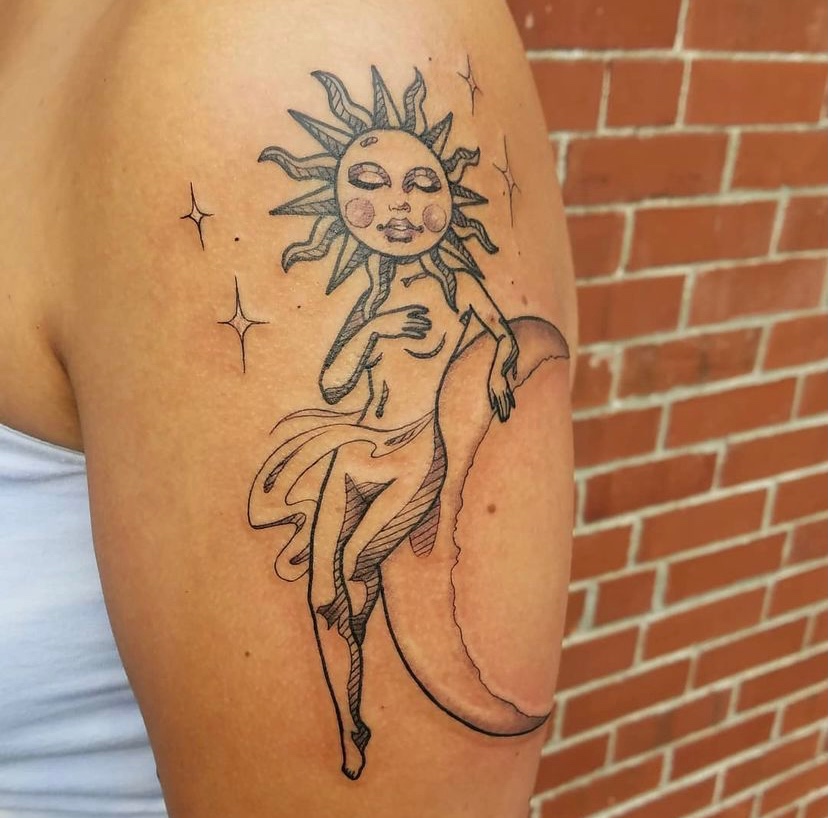 Sometimes, when you decide you want a tattoo, there are months and months of planning, brainstorming and designing. They have some sort of significant meaning behind them. Other times, it’s a split-second decision.

If you are lucky, that decision is one that you look at everyday with a smile on your face. It’s a piece of art you look at with no regrets. It may not have the same kind of meaning as other tattoos, but it still is significant to you. That’s just what happened to this University of Rhode Island transfer student, Kate Mendillo.

She has one tattoo that was planned and has a meaning behind and another that she decided to get more on a whim when she simply fell in love with the look of the piece.

Mendillo’s first tattoo was one that she got on her 18th birthday. It is a little dotted arrow on her wrist. She got the tattoo along with both of her parents, who got the same one. The idea for the design came from her mother.

“My mom was talking about how we love road trips,” said Mendillo. “But, we didn’t want to do a straight arrow. It had to be a dotted arrow because our road trips are a little out of the ordinary.”

They choose to go to destinations that maybe aren’t super popular, like a beach with no one on it or to see a monument that is interesting. The road trips are more “off the beaten path,” as she said, and not always just about hitting the tourist spots.

The second tattoo that she got she said really has no meaning to it, but she doesn’t believe that all tattoos have to have a meaning.

“Tattoos are more about a time in your life, rather than a meaning,” she said. “They don’t have to have an exact meaning.”

Her second tattoo lives on the upper half of her arm, and it is of a naked woman with a sun head. She saw the idea on Pinterest, but she doesn’t like to copy another artist’s work, so she had her artist, Amy Pate from Providence Tattoo, put her own spin on the tattoo. She decided to get this tattoo just one day before heading to the parlor.

“I was sitting with my mom on the couch and we were looking through Pinterest because I had a bunch of different tattoos that I liked and we both liked that one,” Mendillo said. “A little light bulb went off and I thought I should get it.”

The next day, she got the tattoo that she still loves to this day.

Mendillo already has ideas for her next tattoo and plans on getting more in the future. They may have a deep meaning to it, or she may just fall in love with the design. Either way, they will both be equally as significant to her. Just like her arrow and her woman tattoo, one has meaning behind it, one doesn’t, yet they are both pieces of art that she loves and feels confident in.

Hearing Mendillo’s story made me look at tattoos a little differently than I had before. Even if they don’t represent a meaning, they can mark a time of our lives or something just as beautiful instead.