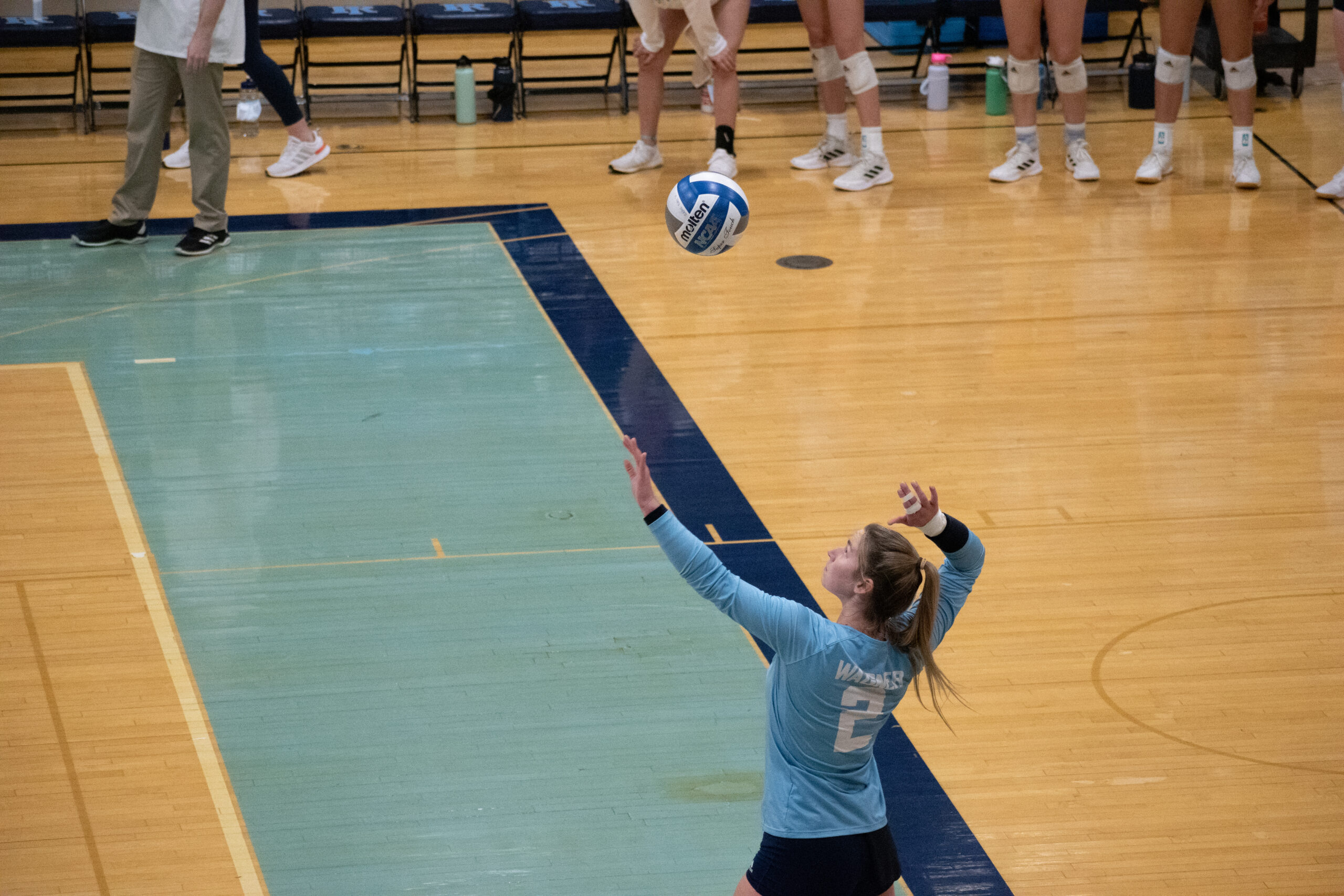 The University of Rhode Island Women’s Volleyball team went 1-1 this past weekend after beating George Mason on Friday and dropping a five-set thriller against George Washington the next day.

Friday’s match was highly anticipated as both Rhody and George Mason were looking for their first Atlantic 10 victory. The Rams, however, would be without two of their key players, senior Gabrielle Schilling and graduate transfer Jamie Smith due to injuries. To come out with a victory, they would need other players to step up, and that’s exactly what they did.

The first set was hotly contested, with both sides coming out of the gate strong. Rhode Island jumped out to an early 4-0 start and held the lead until the Patriots tied the set at 18. The Rams would then go on to score the next three points and hold on, winning the set 25-22.

The next set was all Rams as they quickly took a 12-2 lead. They never looked back despite minor comeback attempts from George Mason and took the victory in the second set, 25-16.

The third set was a completely different story as neither team was able to take a lead of more than three points in the entire set. Towards the end, it appeared as though the Rams would squeak it out when they took a 20-17 lead, but the Patriots ended the set on an 8-2 run and won 25-22 to make it 2-1 for the match.

The fourth set felt as though we would see the match turn in the favor of George Mason, but the Rams were resilient as ever and refused to see the match end that way. The lead was traded all throughout the first portion of the set, with the Patriots leading 13-12 at the halfway mark. However, the Rams scored seven straight, winning the set 25-17 and closing the match with a 3-1 victory.

This was Rhode Island’s first win in A-10 play and it saw a number of different Rams step up in place of their veteran leaders Schilling and Smith. Junior Claire Wagner led the way with a staggering 24 kills and freshman Grace Hammond and junior Adel Gage also chipped in with 49 combined assists between the two of them.

Afterward, Wagner praised her team’s mentality throughout the game.

“We just wanted to take it one point at a time and I thought we did that today,” she said. “We never got too high or too low after a point.”

Rhode Island Volleyball Coach Angel Agu added to that, crediting the energy and leadership of the girls as a big reason why they were able to get back in the win column.

“We always talk about playing one way and that is the Rhody way,” Agu said. “Even without Jamie and Gabi, I still believe in these girls because they are all leaders.”

The Rams looked to continue that style of play when they took on George Washington on Saturday. This match was about as close as they come, but unfortunately saw the Rams fall to the Colonials in a decisive fifth set.

The first set was a dominant showing from Rhody as they took a 13-2 lead that would extend to 20-5 due to stellar defense and excellent efficiency offensively. The Colonials would only score two more points the rest of the way and the set was won 25-7 by Rhode Island.

The second set seemed as though it would continue that way, with Rhody starting with a 5-1 lead. However, this one would result in narrow defeat after the Colonials turned it around and made it 25-22.

The Rams showed a lot of promise throughout the weekend, though, and will be looking to build on that when they take on reigning Atlantic 10 champion Dayton on Friday.