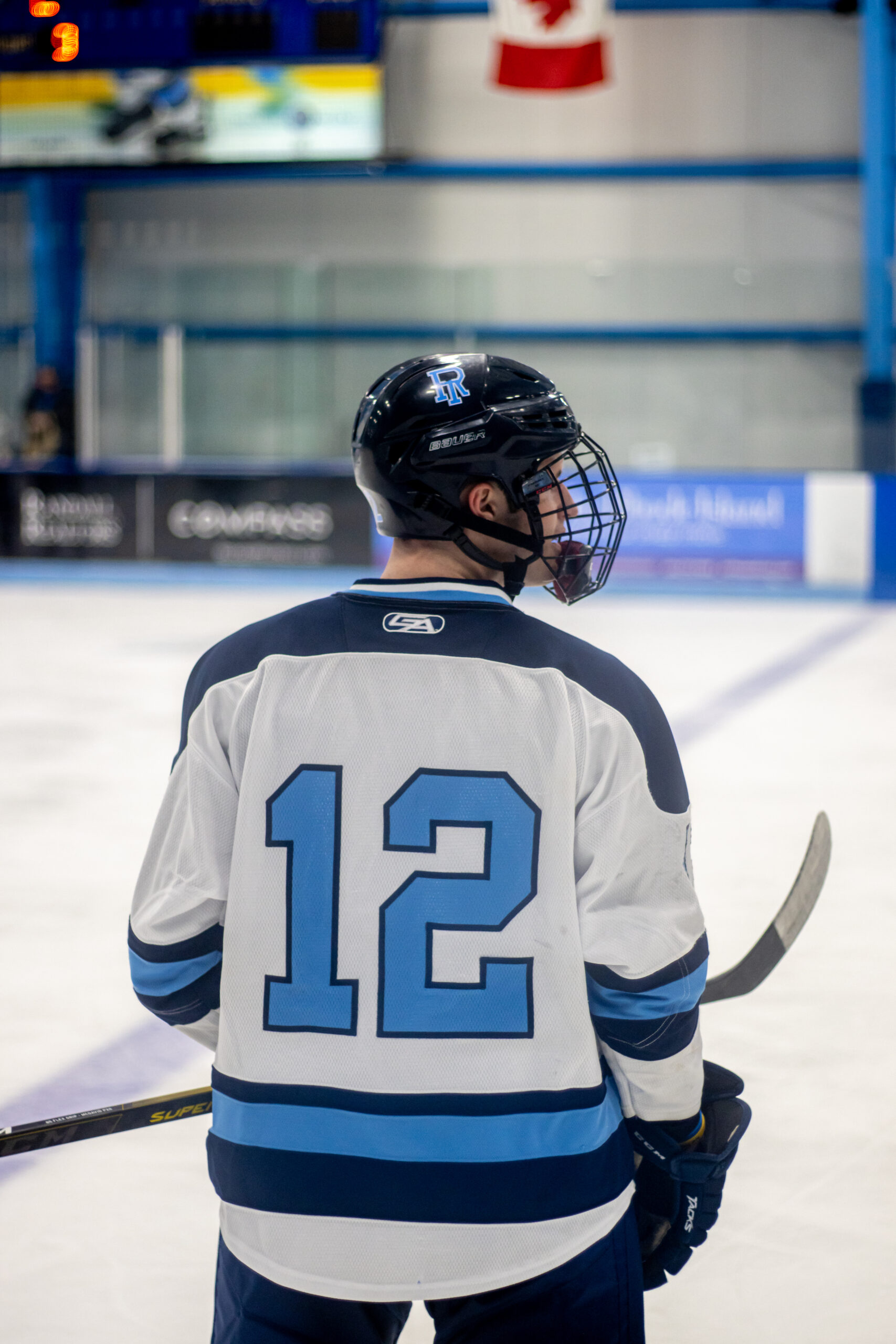 After a 7-0 shoutout loss Friday night, men’s hockey bounced back to beat No. 19 Delaware on Saturday. PHOTO CREDIT: Greg Clark

Although the Rams started off the weekend with a loss, they rallied together to victory over the Blue Hens in the rematch on Saturday.

Rhode Island was outshot in the first game 37-21, leading to a 7-0 loss. However, the team came together both offensively and defensively for the second game to add another win to their now 4-6 record.

Sophomore goaltender Curtis Briggs started in the net for the Rams, playing two periods and letting up a total of four goals before he was replaced by freshman Steven Turner, who came in third period and allowed three more goals.

He also added that the goalie’s hard work did not matter because of the team’s lack of defensive efforts.

Rhody’s loss on Friday night motivated their comeback and victory in the next game as a boost in morale in the locker room led to a successful outcome in Saturday’s matchup.

“Compared to last night, it was night and day,” captain Griffin Long said. “Everyone’s attitude last night was totally different. Today, you could just feel it in the locker room; everyone was way more focused and ready.”

Similar to the first matchup, Delaware had the first score of the game. Forward Ryan Rodrigues scored from the left wing with 6:43 left in the first period. Less than two minutes later, Jonathan Shaw scored his team-high sixth goal of the season on a breakaway to tie the game at one.

Junior forward Jackson Shevlin gave Rhody the lead in the third period when he scored an unassisted goal. Captain Griffin Long added an insurance goal on the power play a few minutes later to secure the 3-1 victory for the Rams.

This time around, Briggs played all three periods in goal on Saturday and finished with a total of 43 saves out of 44 shots on goal.

Augustine was most impressed with his team’s ability to bounce back after such an embarrassing loss. He credits that in part to the teamwork that his team showed on the ice.

“In this sport, if everyone’s not working together, it doesn’t work,” Augustine said. “Tonight’s win was a complete team effort.”

Long shared in Augustine’s pride of his team’s play in the second game.

“I’m really proud of everyone on the team for coming back after a 7-0 loss and doing as well as they did,” Long added.

The team is on the road this weekend where they will face Syracuse University in a two-game set. The first game is scheduled to begin Friday at 3 p.m. with the second game beginning Saturday at 1:30 p.m.