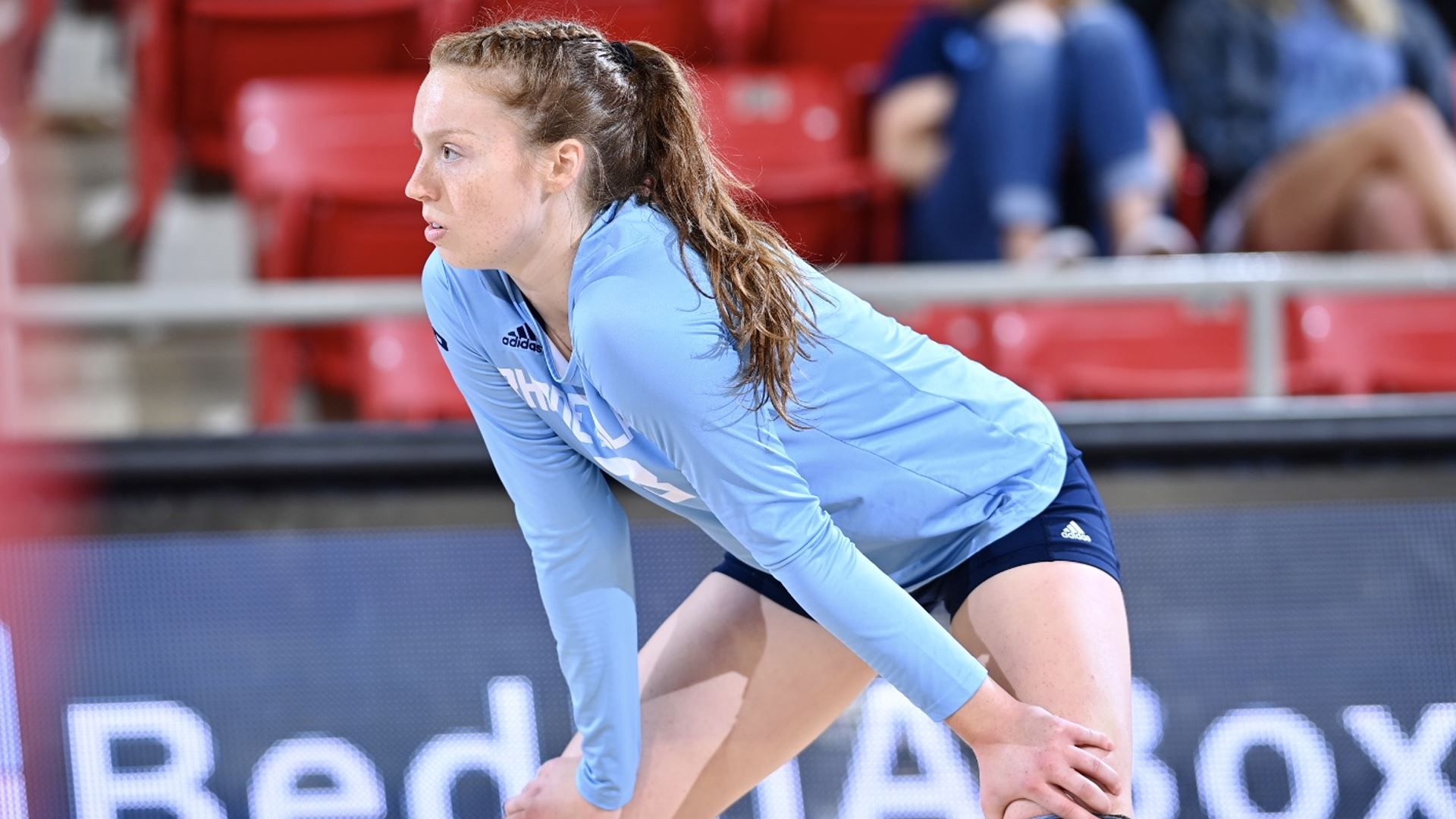 Volleyball began their five-game homestand with a pair of losses this past weekend. PHOTO CREDIT: Contributed by gorhody.com

Unfortunately, the two games didn’t go in their favor.

In the first game of the weekend on Friday, the Rams dropped a close five-set match to Duquesne.

Service errors were the story of the first set between the two teams. Seven service errors during the first 21 points allowed the visitors to pick up an early 11-10, but an 8-2 run by the Rams in the middle of the set helped them come away with the 25-15 victory.

The second set caught Rhody by surprise as Duquesne came out with an early lead of 10-4. Rhody tried to make a comeback, but it was hard to overcome as Duquesne won the second set 25-17 to tie the match at one set apiece.

Both teams were neck-and-neck throughout the third set, as neither separated themselves by more than two points. Rhody eventually broke away with a 24-22 lead after redshirt junior Tori Britton earned a kill, and freshman Grace Hammond earned another point off a service ace. Needing to hold strong on defense, Duquesne rallied and went on a 5-1 run to win the third set.

The Rams continued to put up a fight in the fourth set as they used another scoring run to send the game to a decisive fifth set.

The fifth set was another close battle as there were seven ties and two lead changes between the two teams. Unfortunately, Rhody couldn’t string together another scoring run in time and fell to Duquesne in the final set.

Although URI did not get the outcome they wanted, graduate student Jamie Smith had her first double-double of the season, recording a team-high 20 kills and adding 13 digs. Behind her was sophomore Brynne Wright with 16 kills and senior Mariah Paulette with eight kills and five blocks.

The following day, the team hosted first-place Dayton in a game that Rhode Island Volleyball Coach Angel Agu and her players knew would be a battle. Similar to their matchup two weeks prior, the Rams fell to Dayton in four sets.

There was still something worth celebrating during the game. Early in the first set, senior Ella Ratzloff got the two digs that she needed to become the program’s all-time dig leader.

“I just love my team, honestly this is like the most fun I’ve ever had,” Ratzloff said. “And my mom’s here too, and I know she was going to want to watch that.”

To put Ratzloff’s feat into further perspective, she did not become the team’s full-time libero until her sophomore season and dealt with an abbreviated junior season due to the COVID-19 pandemic.

The Rams came out swinging in the first set, winning 25-14, but the Flyers took all the momentum away from the Rams, winning the next three sets to take the victory. Although the game didn’t go in their favor, Agu was proud of how her team performed against the best opponent in the conference.

Agu and the Rams return home this weekend for three games against teams in the top half of the conference standings. They’ll welcome Virginia Commonwealth University on Friday at 5 p.m. followed by afternoon matchups on Saturday and Sunday against Davidson and Saint Louis.