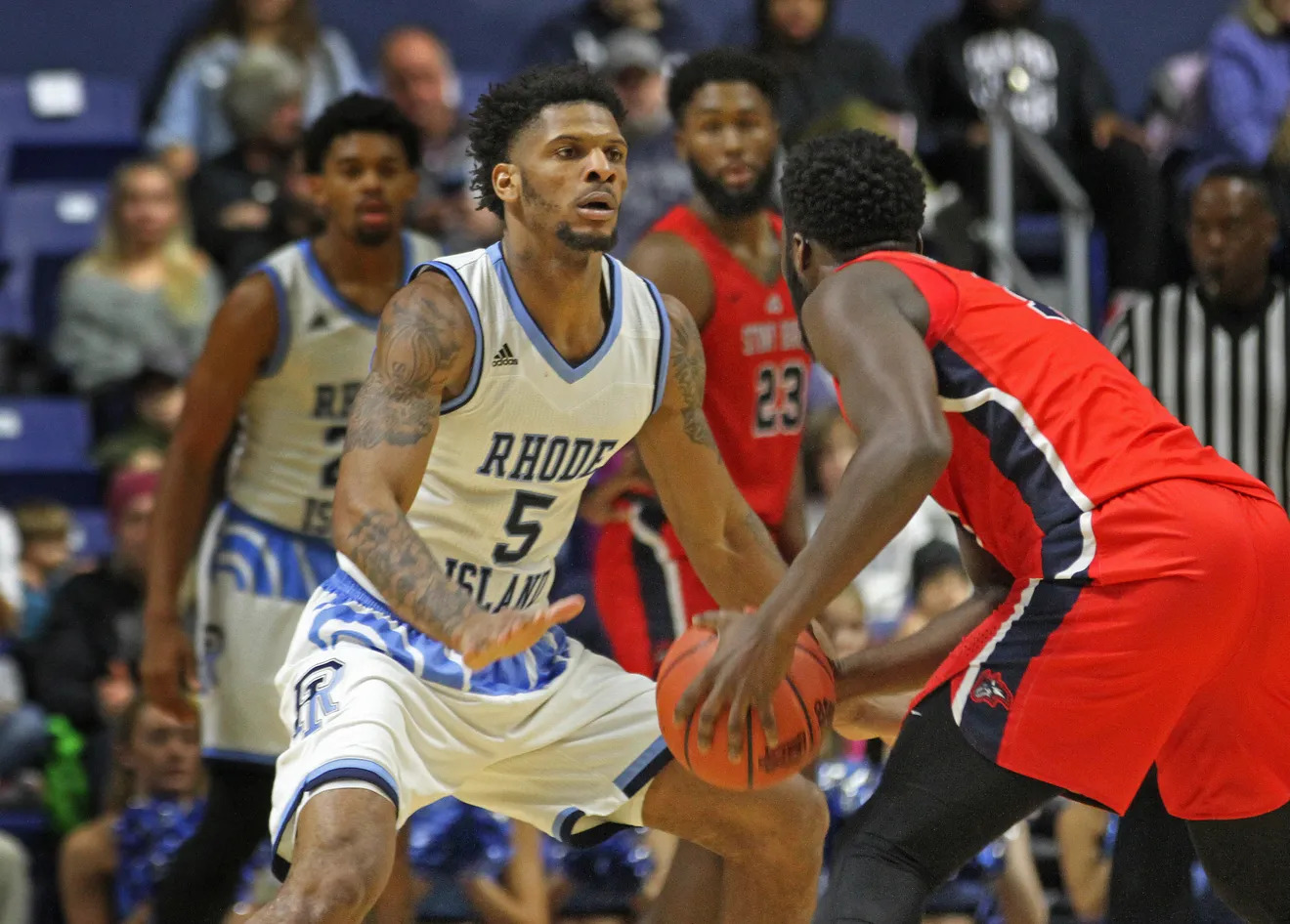 The URI Athletics Program and URI family mourns the passing of former student-athlete, Ryan Preston at the age of 24. PHOTO CREDIT: Providence Journal

Last month, the University of Rhode Island community mourned the tragic loss of one of its own –– former men’s basketball player Ryan Preston.

Preston ‘19, who played for the Rams from 2017-19, died from injuries suffered in a car accident in Bahrain, where he was playing professional basketball for Isa Town, a local team in the Bahrain Premier League.

Preston leaves behind his mother Melanie and his brother Robert at 24 years old.

“He had an extreme passion for life and for this game of basketball, and he was undeterred,” Rhode Island men’s basketball coach David Cox said postgame after his team’s win against Boston College last month. “He probably heard over a thousand times that he really wasn’t a basketball player, he was just an athlete. It didn’t deter him. He became a Division I basketball player and graduated with a degree and became a professional basketball player.”

No player on the current roster played with Preston, but he was a regular at workouts during the summer, and Cox said that Providence was “like a second home” for him.

“He meant a lot to the program, he meant a lot to what we strive for––trying to build this culture back up,” current player Ishmael El-Amin said. “Just knowing that he played hard and that’s all we can do is come out here and play.”

The Brooklyn, New York native, who Cox called “one of his biggest success stories,” transferred to Rhode Island in 2017 after spending two seasons playing at Trinity Valley Community College in Texas. During his two seasons in Kingston, Preston appeared in 42 games, with his best performance coming in a March 2019 victory against the University of Massachusetts, Amherst where he scored a career-high 12 points shooting 6-for-9 from the field.

He was also a Dean’s List student and earned his bachelor’s degree in communications from the University.

The team will continue to remember Preston’s legacy for the rest of the season, with each player wearing a black strip with the initials “RP” on the shoulder of their jerseys.