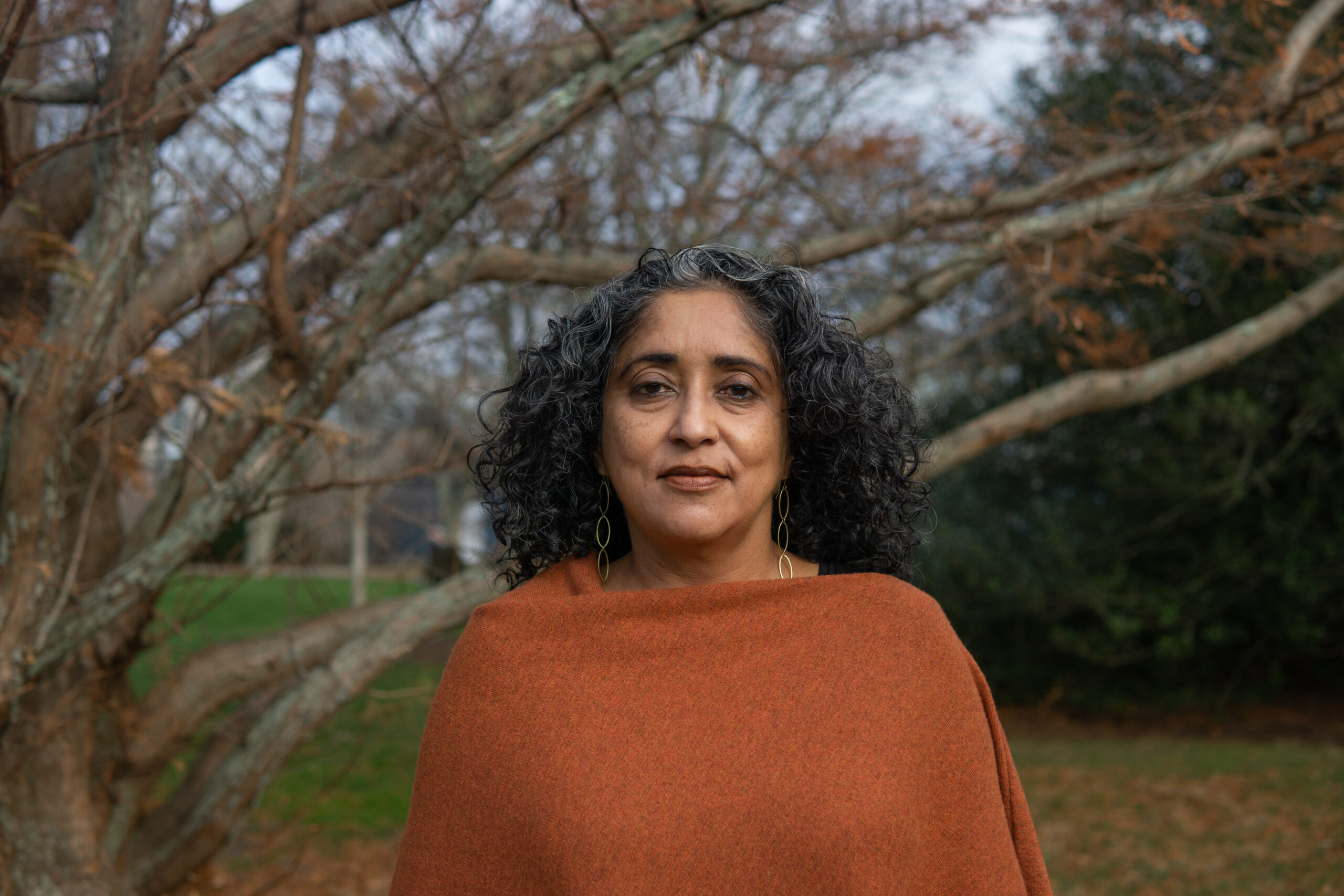 Annu Palakunnathu Matthew, a photography professor, has had her photography and time-based media been showcased in many distinguished museums around the world. PHOTO CREDIT: James Singer: James Singer

From art hanging in the world’s most prestigious galleries to locally hung works, professor Annu Palakunnathu Matthew has left her mark on her community.

Matthew is a photography professor at the University of Rhode Island, where she teaches courses like ART 214: Photography I: Digital, ART 315: Photography II: The Digital Darkroom and ART 105: 4D (Time-Based) Studio I.

Her art includes a mix of photo and time-based media artwork that focuses on cultural history, identity and memory.

Matthew has had her work hanging in some of the world’s most prestigious galleries, including solo exhibitions in the Royal Ontario Museum, Nuit Blanche Toronto, sepiaEYE in New York City and the Smithsonian. She currently has an exhibition entitled “ReVision” at the Newport Art Gallery that is free to URI students and available until Jan. 7.

However, Matthew said the road to getting her work in these galleries is not simple.

“It doesn’t just happen overnight, it’s quite a slow process of people understanding that you’re serious about your work,” she said.

As artists, it is typical to go through the jury curator process when applying for juried shows, where a juror will see the work that is presented and then include it in a large show. At those organizations, various art curators would see the work and then get into contact with the artists they chose, mentioned Matthew.

“It’s not just one or two images that work, you create a track record,” Matthew said. “The person who invited me for the Royal Ontario Museum, I had no idea she was planning to curate a show, but she had attended a number of talks I had given at different conferences, so she had been following my work.”

It was a past partner that encouraged her to make the career change from mathematics to arts who told her to pursue what she wanted.

She then immigrated to the United States to start her career in photography. She applied for a master’s program in business administration as a backup plan, in case her art career didn’t work out.

“Once I started photography I never looked back,” said Matthew. “Obviously, it’s a nice pat on the back to be shown in places, but I’ve also tried to not only show in white-walled galleries or museums but also make my artwork onto the streets.”

She described artwork she had done as posters on the side of buses or buildings, which was a feminist statement of the patriarchal society in India, and said that she likes the accessibility of public art.

“[It’s] so everyday people who don’t go to art spaces also see the work,” Matthew said. “It’s really nice to show in museums and galleries, but I also think it’s important to have the work seen by a larger audience.”

She said that one of her exhibits that was free to the public had 11,000 people see the work in 12 hours. This is much more, according to Matthew, than would be expected in a paid art museum.

Putting art into the public allows for more feedback, according to Matthew. The poster work she had done about the patriarchal society in India received some negative comments back from the Southeast Asian population at URI when it was shown to her students.

“That work wasn’t made to necessarily be light, or have everyone agree with, it was meant to spark discussion,” she said.

Some of her other works focused on looking at history and rewriting the narrative. For example, she worked on a piece about the Indians who fought in World War II. She found out while researching that 2.5 million Indians decided to fight for their colonizers. However, it is not well known in global history or taught.

As a professor, Matthew is known by her students for being dedicated to pushing them to do their best.

“I think she’s more than willing to go out of her way to help her students achieve what we are capable of,” Eddie Melfi, a current student in her ART 214: Digital Photography class, said.

Melfie said he has not only been able to take away more professional photography skills, but also how to think more critically about how he views art, and photography.

According to Matthew, it’s about the eye behind the camera and learning how to make art with photography that makes you stronger.

Matthew depicts her work through time-based media by collecting family photographs and creating 3-D laser-cut crystals that display a light around them, she displays a video she edits of World War II that plays with the stories of these families.

She has found that her work has shifted into time-based media, which incorporates video and audio with still images to create a different feeling.

“I think in today’s world everyone is a photographer,” Matthew said, explaining that phone cameras and photoshop tutorials are easily accessible.