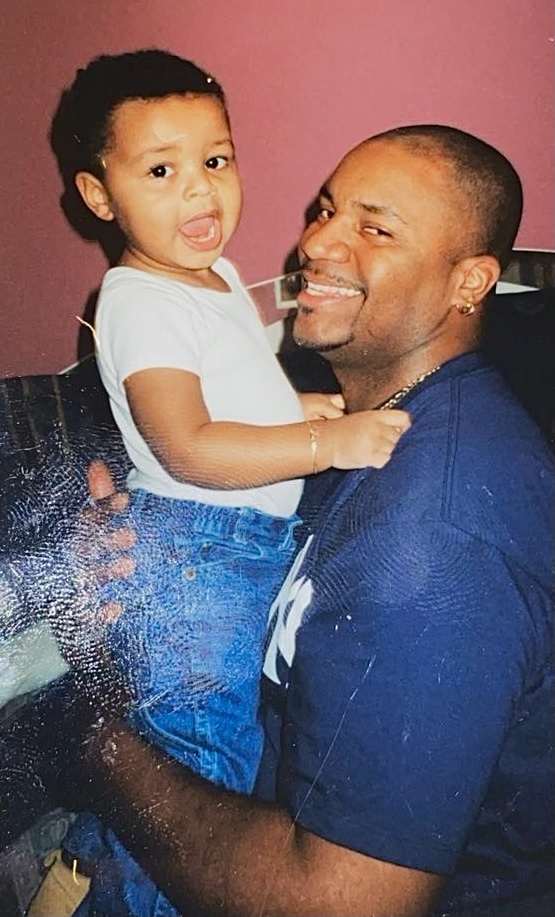 After a neck injury that almost ended his football career, things started to clear up in L.B. Mack’s life.

The linebacker from Spring Valley, N.Y. was healthy to play another season and his family was closer than ever. All until he got the phone call from his mother on March 28.

His father had a sudden heart attack at the age of 52. He said that disbelief was the first thing that came to his mind. He had just spoken to his father the day before and everything was fine. How could this be reality?

Mack and his father were very similar. Standing at 6’8” and 360 pounds, William Ronald Mack Jr, or “Big Bill” as he was known, was a football and basketball star at Rutgers University. In addition to being a star athlete himself, he was a coach and mentor to Mack throughout his childhood and into college.

Mack called his father an “athlete dad.” He was at every game, always drove the team to practice and was always their number one supporter.

After his father’s passing, Mack was lost, hurt and confused. How do you move on from something like this? He turned to his faith and believed that everything happens for a reason. His father wouldn’t have wanted him to spend his days crying rather than continuing to better himself.

“Something I always remembered was that faith outweighs fear,” Mack said. “In instances where people’s faith is tested, they automatically let fear outweigh faith. See me, I’m different. I know that God gives his toughest battles to his strongest soldiers and I’m one of them.  Believing in my faith at my lowest moments, believing that everything would work out and that everything happens for a reason is what I know God has told me through prayer, so I did what I always do, which was let go and let God take control of what he controls, while I control what I could. That’s all I could do.”

Adversity is no stranger to Mack. Prior to his father’s passing, the Rams faced Stony Brook on the road in 2018. Mack started to feel a strong pain in his back and neck. After continuing to play, the pain became unbearable.

He went to the doctor, expecting to find nothing, but his results showed quite the opposite. The doctor diagnosed him with arthritis in his neck and a herniated disk in his vertebrae from repeated contact. According to the doctor, his football career might be over.

“That broke my heart,” Mack said. “I started crying right away. I was messed up mentally and so lost.”

He was left with three options — stop playing football, continue playing and deal with the pain or risk getting a surgery that could save his career or end it.

“I was lost,” Mack said. “I was stuck between a rock and a hard place because nothing sounded good. I spoke it over with my dad and the rest of my family and we came to the conclusion that getting surgery was the best thing for me.”

On May 26, 2019, Mack underwent surgery, forcing him to miss the 2019 season. After being in a neck brace for two months, endless physical therapy and hard work, Mack was ready to get back into the game. Then the COVID-19 pandemic postponed the 2020 season to the spring, leaving Mack to wait longer.

Though it was a challenge, Mack referred to it as a “blessing in disguise” because he got to work on rebuilding his strength and ability. Right when the abbreviated spring season was about to start, what he said was the biggest tragedy of his life occurred — his father’s passing.

Mack could have given up after these tragedies. He could’ve gone home and forgotten about football. He could’ve graduated on time and just left his team, and he almost did.

Before graduating, he went to the URI Bookstore to get customized tassels. He went up to the woman at the counter and asked which ones they had left. There were only two. The first was for engineering and the other read: “Finish what you started.”

“I just felt my dad speaking to me through the lady when she said finish what you started,” Mack said. “I had flashbacks of everything that brought me to this point and I knew there was no giving up now. If my dad was here, there would be no question if I played, so I’m going to finish what I started.”

And that’s what he did.

This past season, Mack was a force on defense, leading the team with 8.5 sacks and 11 tackles for loss, which helped him earn All-Conference Second Team honors.

Not only does Mack have personal accomplishments, but he is also a great teammate, friend and brother, according to his teammate and best friend Ed Lee.

“There is never a day where he is not vocal and in the locker room getting people up,” Lee said. “It’s always positive with him.”

He said that Mack is there as a teammate for all of his “brothers” on the field, but off the field, Mack is a dependable and trustworthy friend to many on the team.

“It’s straight laughs, but on a serious note, when I have to go to him for something, I know that I can do that and it will be real,” Lee said.

Mack has had a life that is everything but ordinary, but his dream in life is simple.