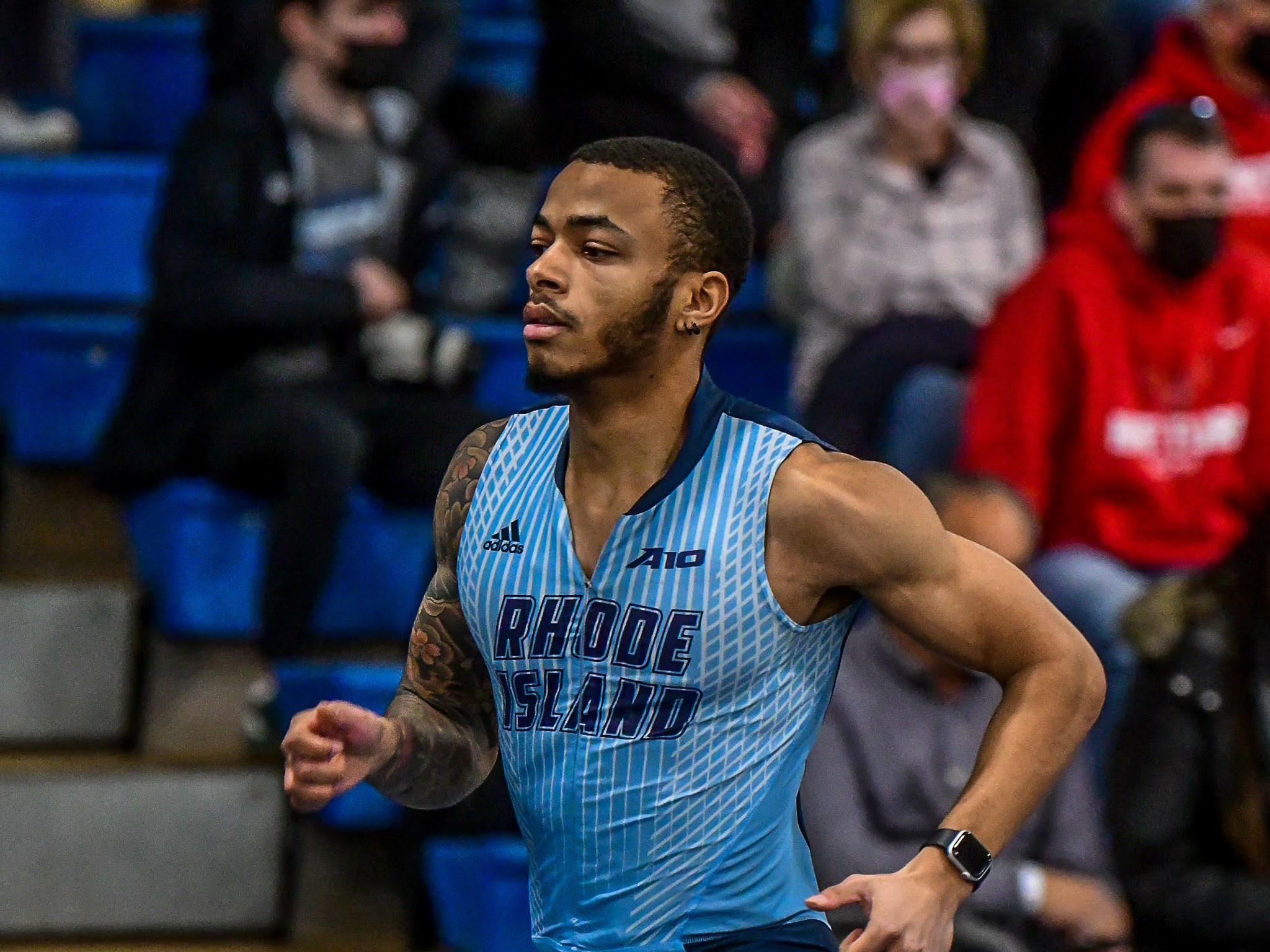 Senior Jordan Ross was among the top finishers for the Rams, finishing fourth in the 60-meter hurdles. PHOTO CREDIT: gorhody.com

A number of Rams achieved personal records at the Brown Invitational last weekend, the team’s final tune-up meet ahead of next weekend’s Atlantic 10 Indoor Track and Field Championships.

Competing with a condensed squad against Brown University, Hartford University, Wesleyan University and American International College, members of the team found their groove, placing high in their respective events.

Sophomore Nate Barjolo led the way for the Rams, winning the 60 meter finals with a time of 6.991 seconds. Fellow Ram Abraham Tambah followed right behind, finishing in 6.997 seconds. Jordan Ross came in fourth with a time of 7.03 seconds.

Barjolo, who finished with a personal-best in the 60 meter, shared how excited he is for him and his teammates heading into the conference meet.

“I feel like we are really hitting our stride,” Barjolo said. “I feel as good as I have ever felt and I feel that way about the team too. We are definitely ready for the A-10s.”

Some other notable performances came from Isaiah Webster, Wyatt Lamell and Nick Morse, who all finished top five in their respective events.

Although it was a non-scoring meet, Head Coach Trent Baltzell was very pleased with the results and the progress shown by his squad. Baltzell also emphasized that this meet served as a benchmark for his squad and an opportunity to try some people in new events.

“This weekend was really important going into next weekend,” Baltzell said. “It gave us an opportunity to get some practice in against good competition and allowed us to try some things we couldn’t normally try in a conference meet. We had some great performances, some personal records, and I feel like we are ready for next weekend.”

The Rams head into the conference meet after a great regular season, including a first place finish at the New England Championships on Nov. 5. Barjolo, who has had a stellar season of his own for the Rams, hopes to end things on a high note.

“This season has been so fun,” Barjolo said. “I just want everyone to do their best because I know we are ready.”

The Rams now focus on their conference meet this weekend beginning Saturday before the IC4A Championships and NCAA Championships in the following weeks. The Atlantic 10 Conference meet will take place at George Mason University in Fairfax, Virginia and Baltzell is excited about what Rhody is bringing to the meet.

“I feel like we are bringing a hungry and determined team to George Mason,” Baltzell said. “I have been really happy with the way the team has progressed throughout the season and I am excited for the meet this weekend.”