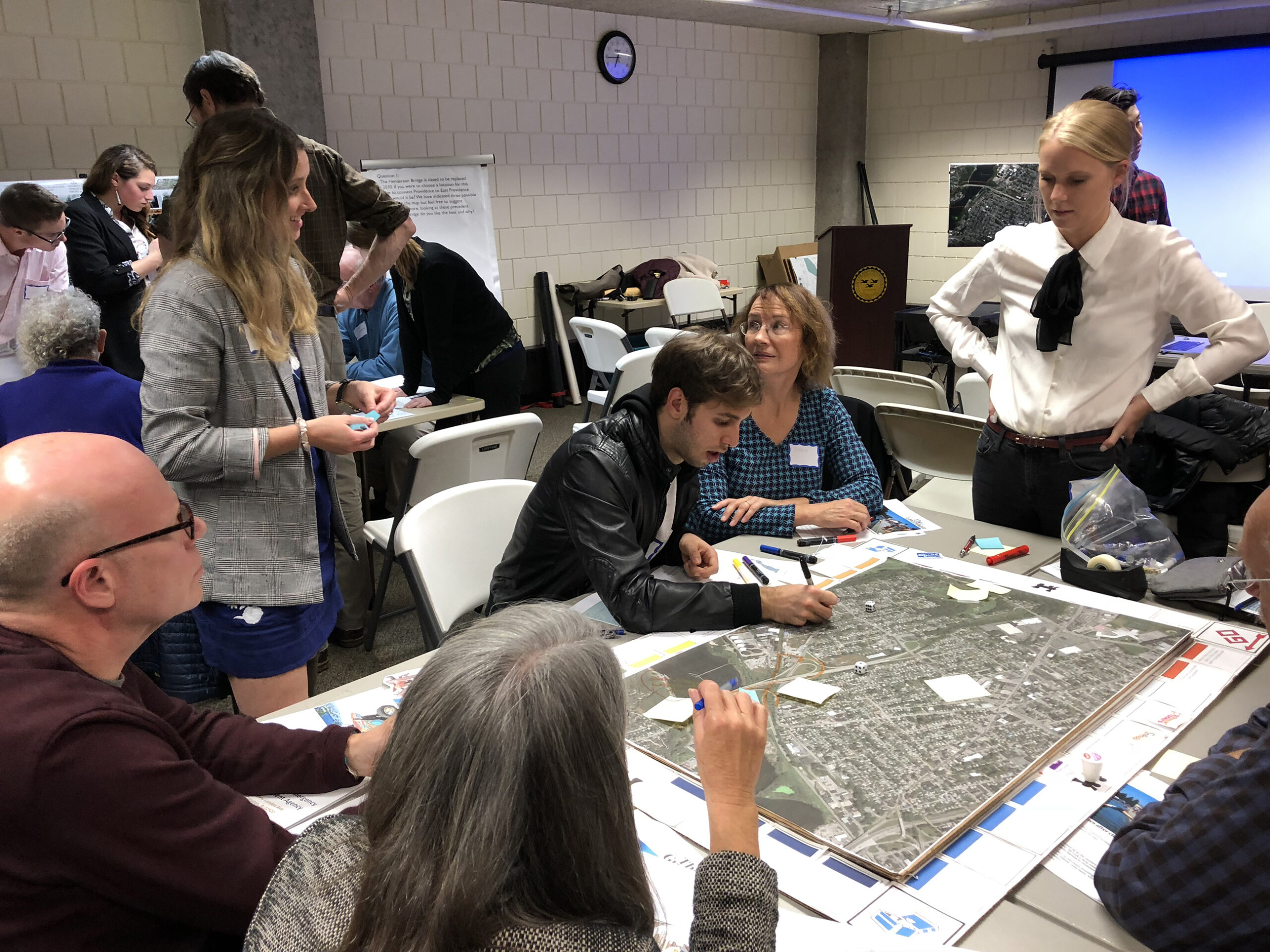 A group of URI alum who redesigned downtown Woonsocket won an award for their work. PHOTO CREDIT: uri.edu

A University of Rhode Island landscape architecture design studio was recently honored by the American Planning Association Rhode Island chapter (APA-RI) for a proposed redesign of downtown Woonsocket along the banks of the Blackstone River.

The project, titled “Reconnecting the Blackstone and the City,” won the APA-RI’s 2021 Student Award. It was one of six projects honored throughout the state and the only student project to receive the award.

“The Blackstone River and its historical elements inspired the students. This was where the Industrial Revolution got its legs,” William Green, a professor of landscape architecture and the director of the studio, said. “The inspiration for the design was recognizing history, sustainability, connectivity and providing access to the river. To improve the quality of life for people who live, work and pass through there, connecting back to the river’s assets.”

The course, according to Green, gives students practical service-learning experiences through public interaction and hands-on work.

“Once a semester, students will have a chance to attend a workshop and learn about why they’re doing this and for who,” he said. “Then they return to class and work with the town planner to decide what to do.”

“This project was a partnership between the City of Woonsocket’s Planning Department and the University of Rhode Island’s Landscape Architecture design studio class,” according to the APA-RI. “The class envisioned new connections between Woonsocket’s downtown and it’s parks along the river, including parks and vacant lands along the Blackstone.”

The plan created by the students called for access to the river, an improved bike trail, green infrastructure and safer circulation for pedestrians. Additionally, the project included improved opportunities for further development, according to the APA-RI.

Green said that being able to interact and work with the public, as well as being recognized for their work, was an important and valuable experience for the class.

“The goal is to give students valuable experience and knowledge necessary after graduation through the service-learning work in this course,” Green said.

The biggest challenge for the students of this project was the COVID-19 pandemic. The students met and designed everything over Zoom. The final presentation was also remote.

The project will be honored Friday, April 8 from 6-9 p.m. at Moniker Brewery in Providence, RI.