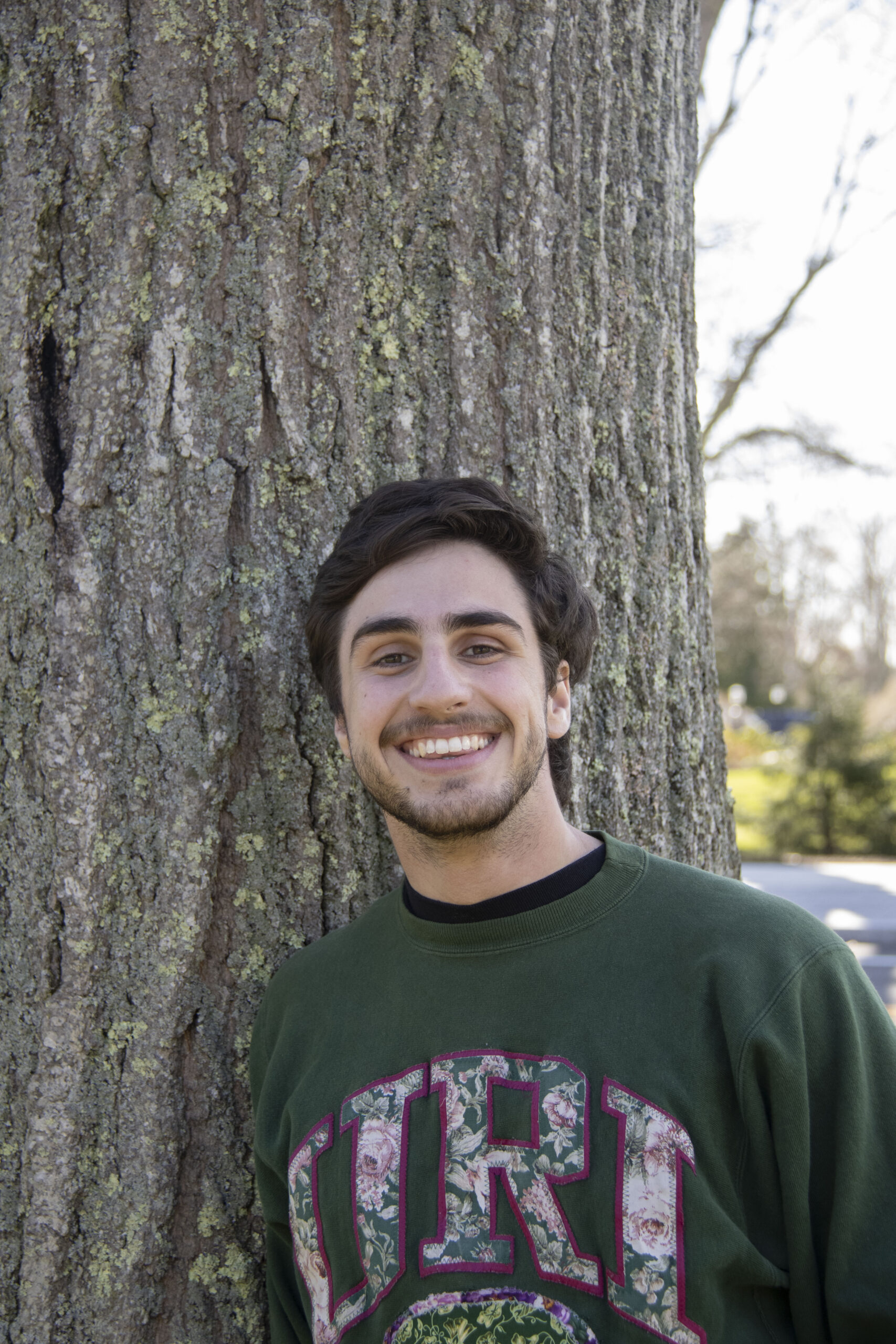 Senior Brian Martin will be speaking at the class of 2022’s commencement ceremony after four years of involvement in Greek life, SEC and other organizations on campus. PHOTO CREDIT: Nick Pierson | Contributing Photographer

Brian Martin III’s sophomore year dream came true on March 30 when he spoke in front of the Student Senate and was named the 2022 graduation commencement speaker.

Martin, a senior at the University of Rhode Island with a secondary education and English double major and minors in leadership studies and psychology, has wanted to be the commencement speaker since his sophomore year.

Martin continuously talked about his love and admiration for the University and made known how grateful he is for his four-year experience here at URI.

“There’s so many things I love about this school,” Martin said. “My favorite thing about URI is that no matter who you are or where you’re from or what it is that you want to do, if you put your effort into this place it is going to make you the best version of yourself possible.”

Martin said that going to URI was the best thing that has ever happened to him. Since his freshman year, he has made many friends and memories that he is proud of.

Jacqualine Cerbone, also a senior and a good friend of Martin’s, talked about how genuine and authentic Martin is as a person. She talked about how they met each other freshman year and became closer through their roles as orientation leaders.

His school life was somewhat unorderly because he had no idea what he wanted to do when he was older and he also said he wasn’t the best student. When he first came to URI, he said he “did a little bit of everything” before deciding to major in psychology.

Two and a half years later, he switched majors and began to focus on his love and passion for education.

“I am so passionate about working with young students and young people and helping kids get to wherever they want to go in life and being in education,” Martin said.

Cerbone said that Martin is a dedicated student who really cares about URI.

“Brian is a very dedicated student I would say,” Cerbone said. “I can tell just how much he talks about student-teaching, how much he loves it and the future of being a teacher.”

Martin believes that public education for students is lacking as a whole; and he feels as though kids are being let down by the public education system due to the fact that students aren’t guided to take advantage of all the resources available to them. His dream is to change and reform education to give every student an equal opportunity to succeed.

“So, now I’m student-teaching at the M.E.T., in South Providence, which is alternative high school, which is the closest thing I’ve ever seen to giving every student an equal opportunity to succeed,” Martin said.

Martin also runs a pop-up thrift store called “Pop-Up PVD,” which he and a couple of his friends started on their own. They started on sidewalks and now they’re in some coffee shops and other places.

“Never stop smiling,” Martin said. “You can accomplish anything in the world with a positive attitude and a smile. You won’t believe how much you can change someone’s day or your own day from just smiling and being happy and just understanding that there’s worse things in the world.”

Martin will be giving his speech at the 2022 graduation ceremony for URI this coming May.