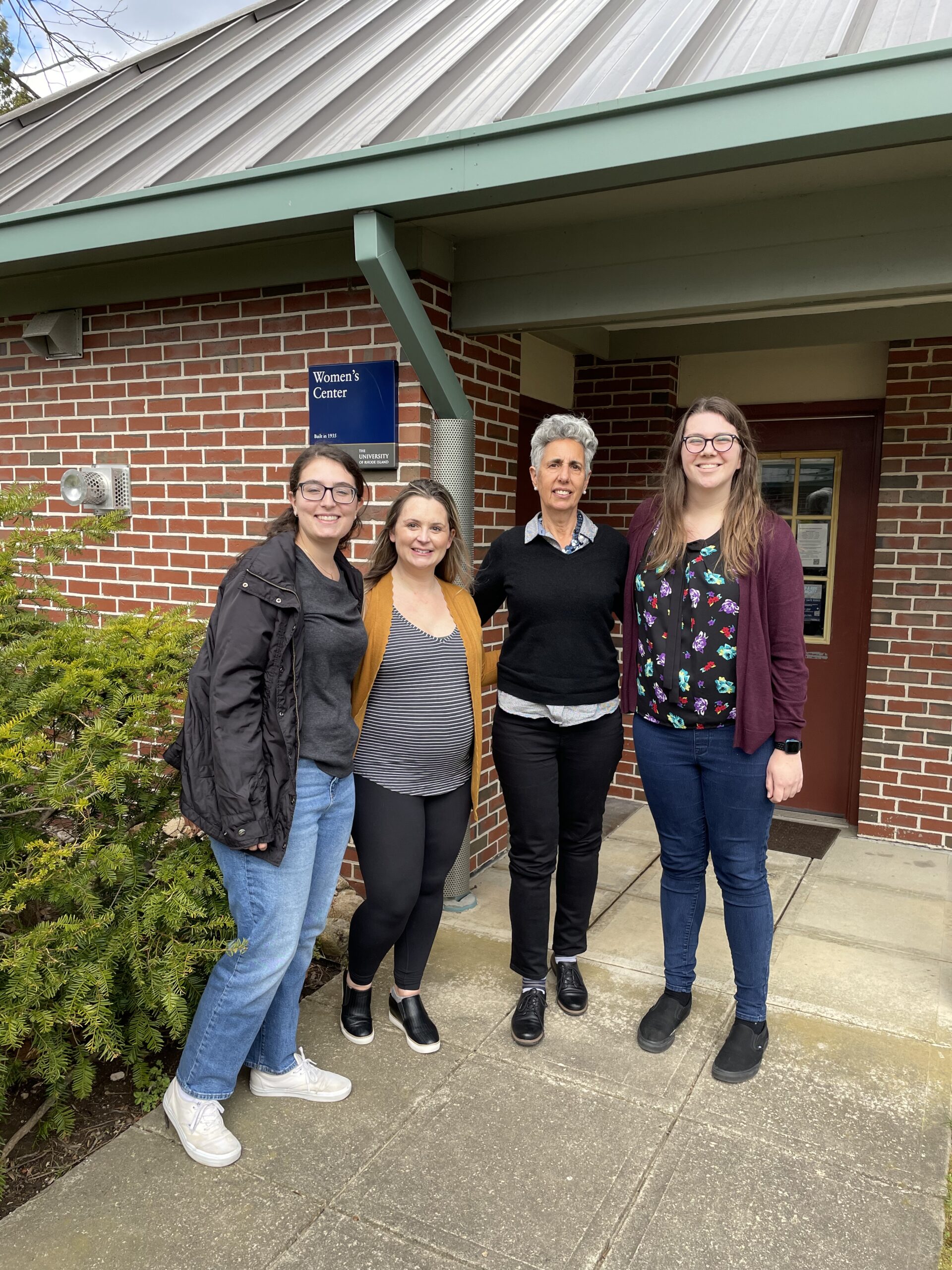 The URI Women’s Center hosted its first-ever director, Karen Topakian, for a conversation about her life as an activist. PHOTO CREDIT: David Broccoli | Contributing Reporter

In Karen Topakian’s 40 years of activism, she has participated in countless nonviolence campaigns, marches and protests.

In a conversation hosted by URI’s Women’s Center on April 19, Topakian talked about her work in activism, her early life and how she has grown from her experiences since then. One of the experiences she recounted was her 32 arrests throughout five different states between 1982 to the present day in her work for activism and pursuit of change.

At the event, Topakian explained that when she began her career at URI the Women’s Center was a tiny red house by the old turf farms and rifle range, which are no longer on campus.

“This was 1980, at a time when the Women’s Movement was on the rise when there were tons of social justice movements and activities happening around and I feel like there was a recognition that women needed a place for women,” Topakian said. “Women needed a place to organize, to be together, to listen to each other, to learn from each other.”

Topakian recounted that, as a protester, she was afraid of being held in jail overnight and not being able to get out. She said protestors would protect themselves by refusing to leave the scene of the protest or refusing to give identification. Topakian said these behaviors made the way police treated them more intense.

However, she said that it is important for people who are and are not protesting to know that protests are not to bring harm to anyone, but to bring awareness to a problem.

She also spoke about recognizing her privilege and how she uses that to help in certain situations, especially at protests about race or anything that doesn’t affect her personally.

“In those marches and rallies that I went to and a ton of protests, I’m always in the backseat,” Topakian said. “This is not about me. This is about me being an ally and a supporter for you, particularly young people of color, to stand up there and do what you need, I’m here in support of you.”

Emily Haggett, graduate assistant for the Women’s Center, talked more about having Topakian at the center to talk about her life up until now and the importance of hearing about Topakian’s life and experiences.

“It was very inspiring, I just think it’s so cool for her to have been so passionate about what she stands for and she seemed like she was somebody and continues to be somebody who is very authentically herself and unapologetically herself which is really cool to see and that kind of confidence as you get older,” Haggett said.

When asked how someone could become a better activist, Topakian responded by saying that it is necessary to do your homework and research on the reason for it, to know the culture of the institution, to know your goal without hurting someone and to have at least three reasons as to why you’re protesting.

“Do your homework, research,” Topakian said. “Know everything you can about the issue and why and what you think about it. Know the culture of the institution that you’re trying to affect, whether it’s government or corporate or education.”