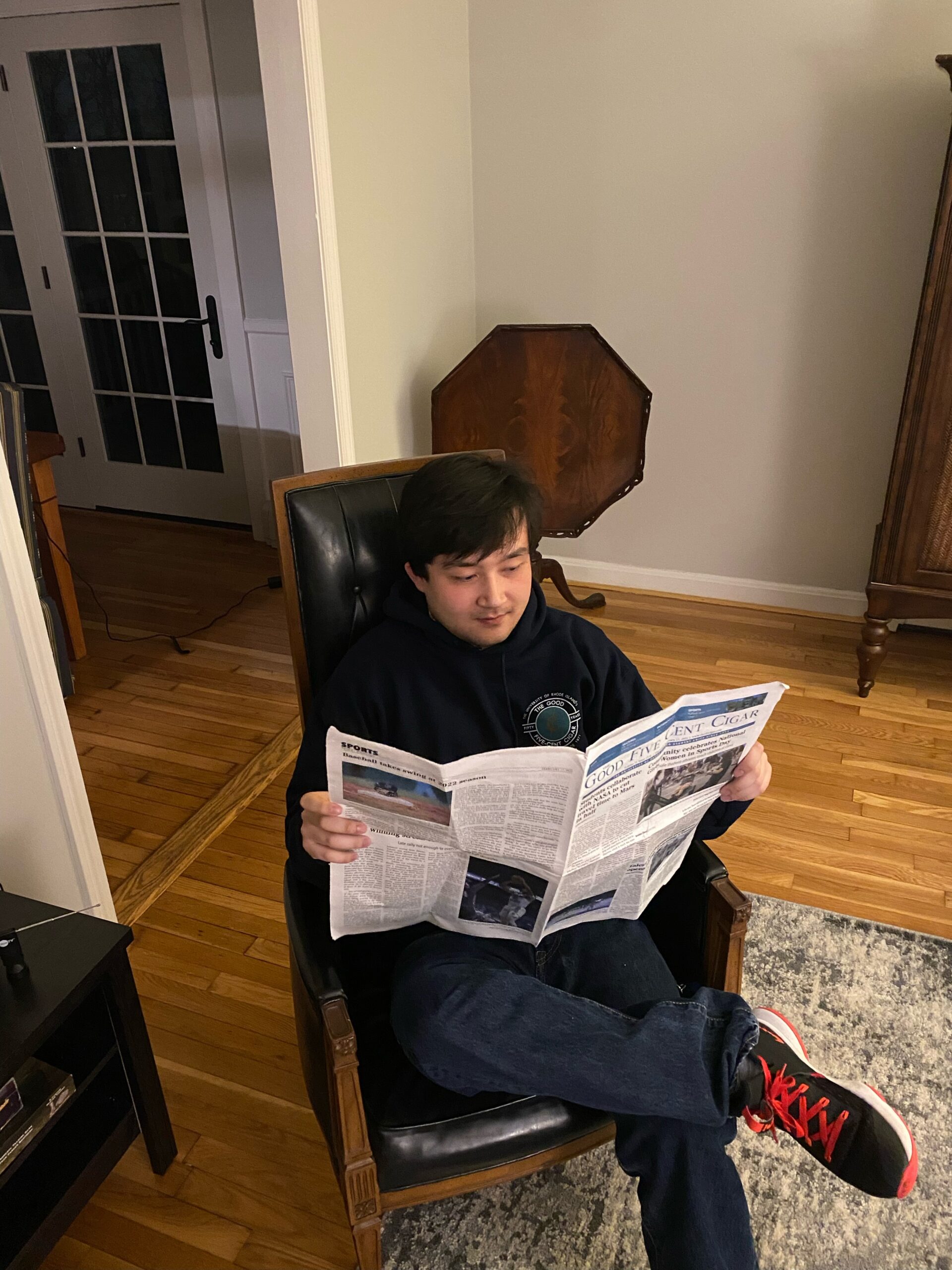 I wrote my first article for the Cigar just before the pandemic started, it took weeks to edit since it was so poorly written. I often wonder what would have happened if I never nervously walked into the Cigar office midway through sophomore year and took those stories.

Before joining the Cigar, I was directionless. I had been a psychology and business major, but never truly found a calling. I felt like a complete failure, that had ruined his opportunity to become his own man. I had actually considered transferring, going to UMass Amherst and trying to start over. One thing I did know was that I liked to write. After declaring my major in journalism, I walked into the Cigar office and took my first story, but my love for this paper did not truly begin until my junior year.

The first semester of junior year, when the wonderful Theresa Brown was the editor in chief, I began taking more stories. As time went on I started writing about a vast variety of topics, that ranged from the Student Entertainment Committee to the Student Senate, all while continuing to learn my craft as a writer.

By the spring, when the equally wonderful Kate LeBlanc was editor, I was taking up to four stories a week simply because I loved writing them. Whether they be topics like electric scooters the Senate was talking about bringing to campus (they didn’t and that sucks) to very personal pieces about my experiences growing up in New England, I loved and cared about every story I took.

When I was not elected as a staff reporter was the part where I would usually quit, but I knew I wanted this and kept on writing and kept on trying to improve. I took stories over the summer where I got to learn more about the importance of Pride month through my talks with the Gender and Sexuality Center, and the idea of a live event coming back to campus. When the year began, I continued to write up to four stories a week. At the end of the semester, I got an email from the amazingly talented Jason Phillips saying I got the staff position and cried tears of joy.

This has been a very satisfying semester, where I got to continue to do what I love for the paper that I love. The work could be hard but when you love what you are doing, you find time to do it. I would not change a thing about it.

I would like to thank every person that helped me along the way but there is simply not enough space in here for me to thank them in this article. The people I have gotten to know and write with at the Cigar will always hold a special place in my heart, and will always mean more than they will ever know to me.