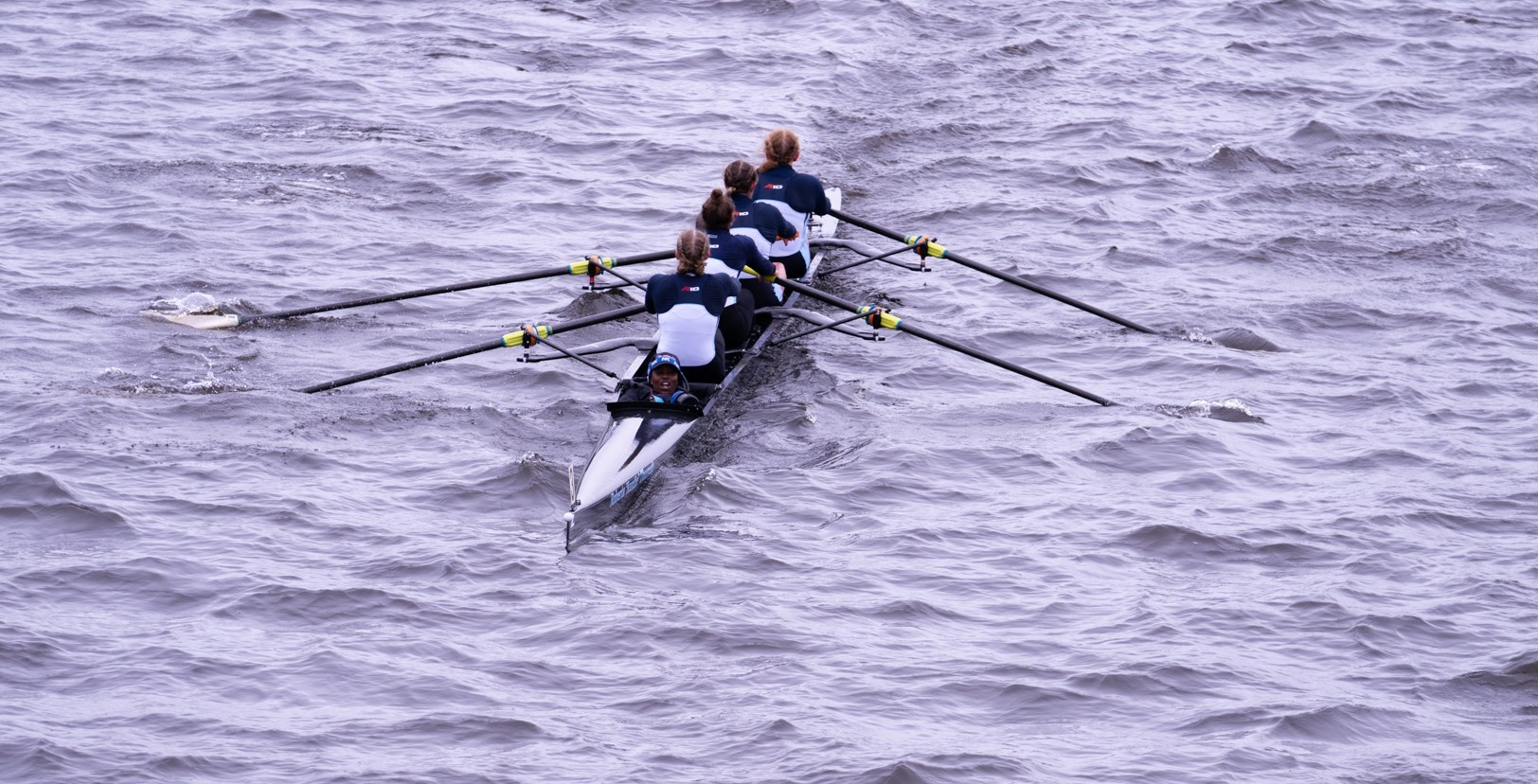 Picking up where they left off last week, the Rams were dominant in the water against Holy Cross, MIT and Sacred Heart. PHOTO CREDIT: gorhody.com

The University of Rhode Island Rowing team continued to build momentum towards the next month’s Atlantic 10 Championships this past weekend when they won all four events at Lake Quinsigamond against MIT, Sacred Heart and The College of the Holy Cross.

To start things off, the Rhody Varsity 4+ team of coxswain Caitlyn Muteru, Olivia Kowalski, Sammie Gorrecki, Josie Grady and Tessa LeMay won their race by over 30 seconds with a time of 7:49.040, the largest margin of victory of the competition.

The second Varsity 8+ team followed up their teammates with a win of their own. Coxswain Alison Gorrarian, Morgan Cody, Tinsley Copeland, Alexis Moore, Elizabeth Greason, Kat Gillies, Emily Olin, Sam Gumprecht and Emory Caswell finished with a time of 7:08.500, only 2.6 seconds ahead of MIT.

The Rams entered two boats into the final race of the day, the Varsity 4+ contest. “Rhode Island A” took the victory, with coxswain Sawyer McNish, Jessica Tosi, Lauren Thomas, Sarah Pecoraro and Hannah Bachert finishing 15 seconds ahead of MIT to give Rhody the sweep for the competition. “Rhode Island B,” made up of coxswain Olivia Dumeer, Isabella Caldwell, Ella Godsey, Kaitlyn Kutz and Katie Pelletier finished in third place.

This sweep was another step in the right direction for the Rams as their results have steadily improved as the season has progressed. Coach Shelagh Donohoe gave a lot of credit to the athletes and their continued focus for such a strong outing.

“I think it was a very solid weekend,” Donohoe said. “We are improving as the season goes along. The athletes have been really focused all season and have really keyed in on what we need to work on. I’m really proud of them.”

Now, with just one regular season race remaining before the A-10 Championships in Cherry Hill, N.J., Fortin, a senior member of the Varsity 8+ boat, says the team is feeling strong about their progression, but feels there are still some steps left to take.

“We had a great weekend,” Fortin said. “We have been improving as the season goes along, but we still can gain some speed and move a little more as a boat.”

The key to that final step in the process, according to Fortin, is just executing what they have been working so hard on since the offseason.

“We did all of the work in the offseason,” Fortin said. “We worked really hard on the rowing machines over the offseason. We just need that work to translate to the water once the A-10’s come around.”

Donohoe echoed the statement, comparing it to a test for a student.

“We have done all of our studying,” Donohoe said. “Now we just have to go take the exam.”

The first opportunity to put their practice into action will be this coming weekend when the Rams travel back to Lake Quinsigamond to race in the Eastern Sprints where they’ll go up against some of the best boats in the northeast before the A-10 tournament on May 14. The first race will begin Sunday at 8 a.m.