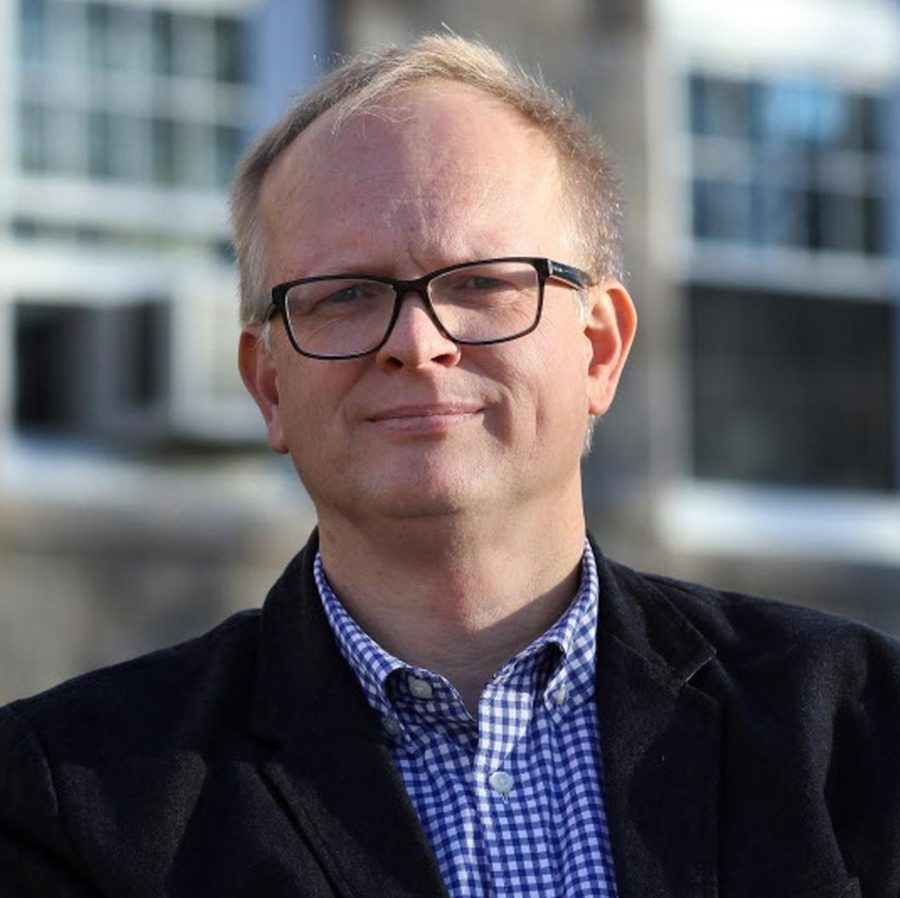 Erik Loomis, a professor of history at the University of Rhode Island, has always pursued the career of teaching in hopes that understanding the past may create a better future for his students.

“I mean kind of always knew I wanted to teach and talking about the past and the present with students is a lot of fun and I have a great job and I always feel pretty lucky about that,” Loomis said.

In 2011, an advertisement online for academic jobs caught his attention and that was a position at URI. Loomis explained that finding a job in the field of history is quite difficult and he quickly accepted the position and began to work immediately.

Loomis is approaching his 12th year at URI and according to him, life, work and his family and Rhode Island are all doing well. He also believes that his job as a professor is one of great importance during this time.

“I think we live in a society right now where there’s a lot of misinformation and people use the past to justify things in the present that often does not really show a very strong understanding of the past,” he said.

Loomis also said that a big part of his job as a professor is to provide a clear and understanding of the past, specifically in the United States, which would allow students to make whatever decision they may make about the society that they live in.

According to Hunah Touma, a fourth-year history and economics major, Loomis is a professor who keeps history courses as unbiased as possible.

“I like him as a professor because he would keep his courses pretty objective in regards to how his classes are taught,” Touma said. “The important thing about learning history is understanding what’s going on at the time and it’s not as black and white as people assume it to be and Professor Loomis shows that gray area.”

As a history professor, Loomis explained that he must constantly improve skills in order to be an expert in his field which means he spends his days researching, learning and collaborating with other historians.

“Any big quality institution like URI, when they hire people, it’s not just teaching that is a big part of the job, but it’s also about knowledge creation. It’s about moving forward knowledge in the world,” he said.

Loomis has written books such as, “A History of America in Ten Strikes” published in 2018 and “Empire of Timber: Labor Unions and the Pacific Northwest Forests and Out Sight: The Long and Disturbing Story of Corporations” which were both published in 2015.

Not only that, but Loomis has also been published in The New York Times and The Washington Post where he discussed the issue surrounding the labor movement in the United States.

According to Loomis, some of his greatest accomplishments include earning the Early Career Faculty Research and Scholarship Excellence Award Social Sciences, Arts and Humanities in 2016. He has also mentioned he was a visiting scholar and lecturer in Japan for a summer.

“You can never tell what the future holds, but I think that it is fairly certain that I will stay at URI for my entire career,” Loomis said.