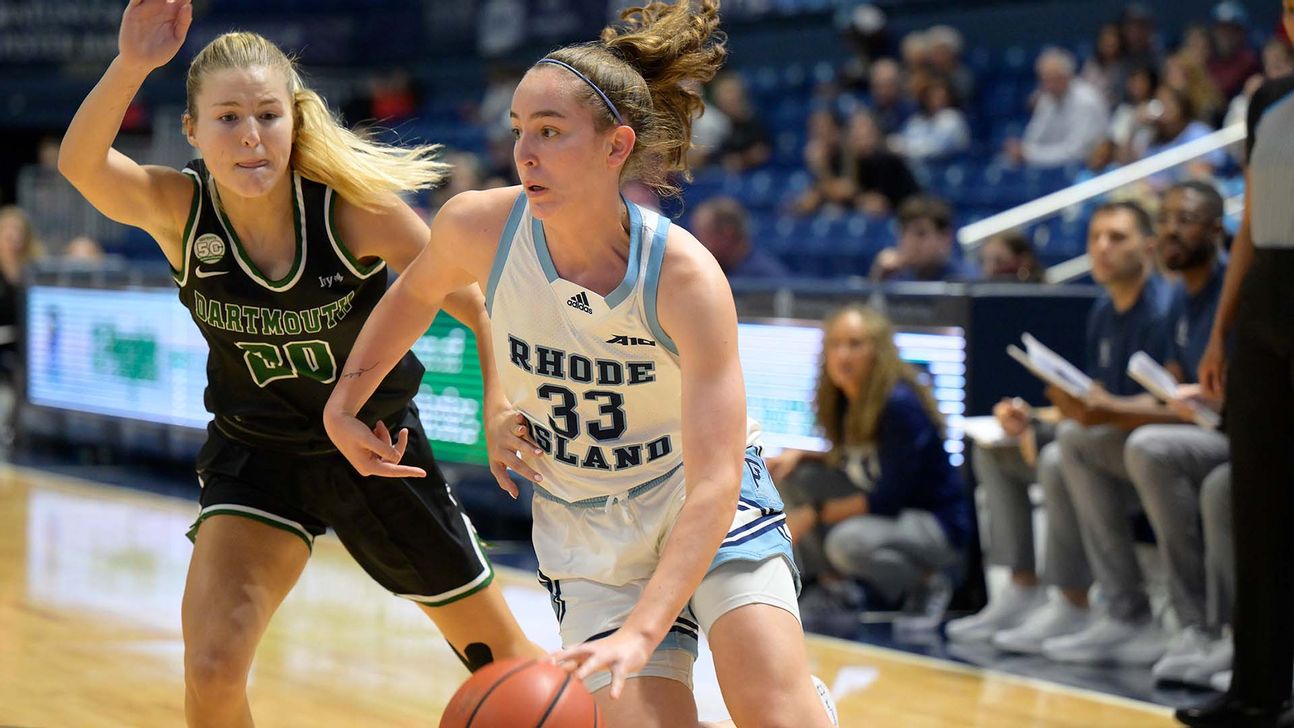 The University of Rhode Island women’s basketball team got back on track after their season-opening loss to Harvard, defeating Dartmouth and Providence in consecutive home games.

The first matchup was Rhody’s home opener as they took on the Big Green of Dartmouth Friday.

Rhody established dominance from the get-go, claiming the 22-5 advantage after the first quarter thanks to seven early points from third-year guard Dolly Cairns. Second-year Sophie Phillips tacked on eight more off the bench in the first period.

Rhody’s defense allowed them to extend the lead heading into the half, as Dartmouth was held to 3-13 from the field and 0-4 from three-point range en route to a 22-10 quarter in favor of the Rams. Graduate guard Sayawni Lassiter scored 10 of her team-leading 16 points in the second stanza as the Rams went into the break with a 44-15 advantage.

The Rams picked up where they left off in the third quarter as eight different players scored to push the URI lead to 69-28.

It was a laid-back fourth quarter for the Rams as they saw the game through and took the 89-36 victory. It was the fourth-largest margin of victory of any Rhode Island women’s team in a game, thanks to tremendous defense and a staggering 14 threes from Rhody.

Head coach Tammi Reiss was very pleased with her squad’s response after a loss to Harvard in their season opener.

“We were angry today,” Reiss said. “We were coming off a loss. We kind of got caught off guard, I think. I thought we really responded from the jump.”

The Rams then took on in-state rival Providence at the Ryan Center Monday. It was a hard-fought battle from both sides, but the early part of the contest saw Providence take the advantage thanks to 16 first-half points from the Friars’ 1,000-point scorer Janai Crooms. She led all scorers on the night with 24 points. Providence went into the break-up 50-40, running the Rams rampant on the offensive end.

With major changes required for a second-half comeback, Cairns recalled a moment before the coaches came into the locker room when teammate Mayé Touré made a comment that fired the rest of the team up.

“She just said, ’We need to pick it up; we are not losing this game,’” Cairns said. “I was really proud of her for that. It really got us going.”

That spirit showed as the Rams used an 8-0 run to come back into the game right off the bat. The defense tightened up for URI, and the Friars were only able to muster nine points in the third stanza. Rhody would head into the final period trailing 59-55.

Touré came through down the stretch, scoring 12 of her 16 points in the second half and scoring clutch buckets to maintain a reachable distance for the Rams.

Rhode Island would use a 12-2 run to take a 72-68 advantage with about three minutes left. However, Providence would go on to score the next four points and tie things up at 72.

Touré, who had committed two turnovers on the previous two possessions, received the ball off an intentional inbound play set for her by Reiss and scored on a post hook with 30 seconds left to give the Rams the go-ahead bucket.

Reiss expressed pride in her forward and expressed that this shot was the culmination of years of hard work.

“After games, you would go out on the court, and she would be the only one out there still shooting,” Reiss said. “She made some bad plays on the previous two possessions, but I trust her and the work she has put in.”

That Touré basket would be enough as Rhody’s defense held strong, and the Rams emerged victorious.
Touré finished with 16 points on the night, while freshman Anaelle Dutat added 14 rebounds off the bench. Cairns and graduate Madison Hattix-Covington also contributed 13 points a piece.

Reiss saw this game as a sign of the progression her program has made over the years.

“Two years ago, we don’t win this game,” Reiss said. “It is a credit to these guys and to how far we have come. This was a big win for us.”

Reiss and her squad will now turn their focus to Coppin State next Tuesday back at the Ryan Center, with tip-off set for 6 p.m.