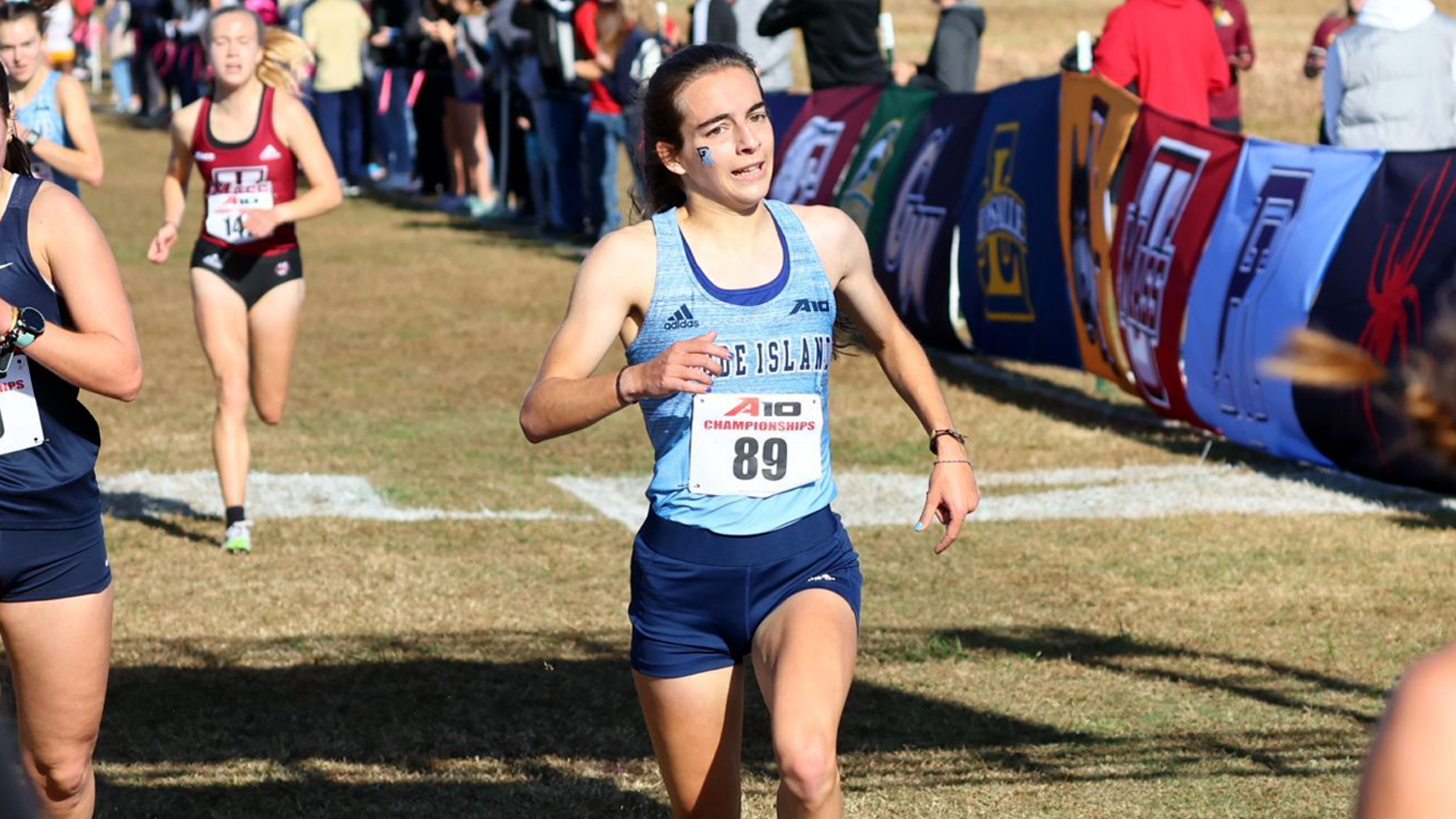 The Rhode Island women’s cross country team finished up their season with a 29th-place finish at the NCAA Regional meet over the weekend.

Rhody finished with 822 points, only four behind Hofstra and 10 behind Canisius at the 27 spot. In-state foe Providence (71 points) emerged victorious as a team, with Syracuse (91 points) right behind them at the two-slot.

Rhody’s top finisher for the day was second-year runner Erin Hurley, who finished in 139th with a time of 22:55.4. Coach Laurie Feit-Melnick was very pleased with Hurley’s finish to the season, culminating in her team-leading finish.

“Erin has been so good to end the season,” Feit-Melnick said. “This was her first 6k, so it was just really impressive from her.”

Overall, O’Connor was satisfied with her team’s ability to overcome weather conditions and put out a showing they could be proud of.

“It was wet and slippery,” she said. “It was a race all weren’t really familiar with. I thought we did a good job of fighting through, and I think we were all proud with how we did.”

Feit-Melnick echoed the statement, emphasizing that the experience of a big race like the NCAA Regionals will be valuable for her squad down the road.

“A lot of our runners hadn’t gone to a regional tournament,” Feit-Melnick said. “It was really good to go and compete and get the experience.”

O’Connor, who is only in her second season with the Cross Country team, was really proud of her team as a whole in regard to their progression throughout the year.

“This is such a great group of girls,” O’Connor said. “We all did great this year. We all stayed healthy. We showed a lot of improvement, I’m proud of this team.”

Now, Rhody will turn its focus to Dec. 3, when the indoor track season will begin. Many of the runners will return after a long Cross Country season, including Piccone, O’Connor, Hurley and several others.

Feit-Melnick emphasized how impressive this group of runners is in their willingness to work non-stop.

“It’s such a unique group,” Feit-Melnick said. “They actually look forward to the 7 a.m. practices. They enjoy the process.”

Looking forward to the next few years, both Feit-Melnick agreed that the squad could achieve great success in the future with several key runners with multiple years of eligibility, so long as they continue to work in the offseason.

“We have a really young group,” Feit-Melnick said. “I emphasized to them that keeping up with it in the summer is so important. If we can keep up with it and keep working, the sky’s the limit for this group.”

The Rams kick off their winter season in just two weeks when they travel to Providence to run in the Brown Alden Invitational.