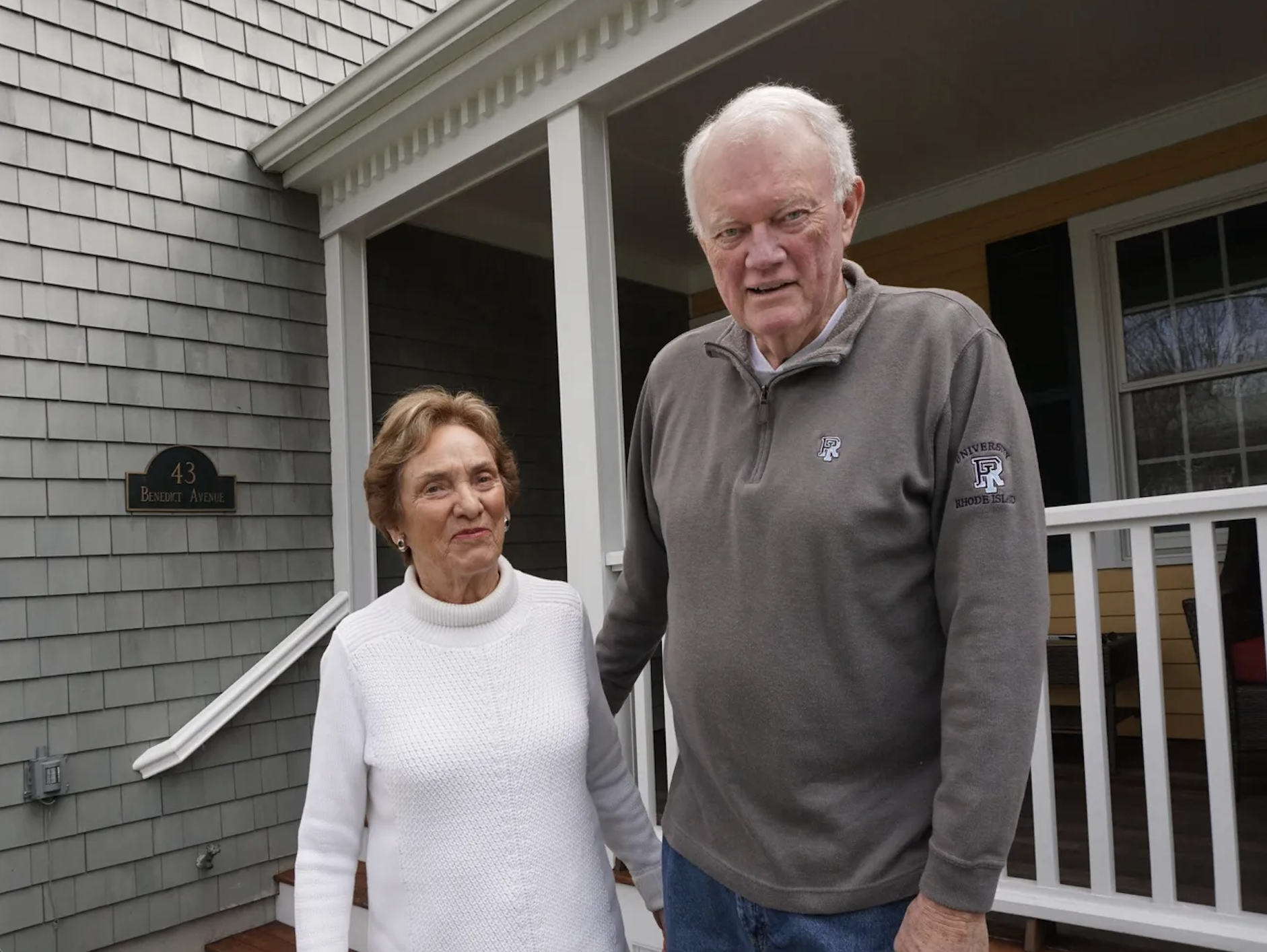 On Nov. 26, the URI and greater Rhode Island community lost a mentor, friend and icon when legendary URI radio voice Don Kaull passed away at the age of 77 after a long battle with melanoma.

We remember Kaull through the genuine stories and incredible sentiments shared by his peers.

“Don Kaull is Rhode Island basketball,” Miller said. “His time with the program preceded mine, but you don’t develop a reputation as stellar as his without truly touching the lives of everyone around you.”

“I am not sure there is anyone more synonymous with URI Basketball than Don Kaull,” Bjorn said. “From the first day I arrived on campus, Don’s kindness was overwhelming. He wore his love of the University of Rhode Island on his sleeve and was beloved by everyone he came in contact with. I am truly going to miss him. My prayers and condolences to Caroline and their children and grandchildren.”

Shane Donaldson, sports information director at URI, was emotional recalling his lifetime relationship with Kaull and the impact he made on him from a young age.

“With Don, it was always genuine, ” Donaldson said. “He always made you feel cared about. I first knew about him as a kid listening to URI basketball. He was URI basketball to me.”

Donaldson would have the privilege of developing a relationship with Kaull and his wife, Caroline, when he began working with Rhody in 2011. He remembers most the impact Kaull had on his son PJ.

“Whenever we would finish a conversation, he would always say, ‘Tell PJ Donald Duck says hi,’” Donaldson said. “He would laugh and joke with him. He always had a way of making him smile and feel comfortable, and that was just the kind of guy Don was.”

Before spending 35 years as an announcer for Rhody and becoming “the voice of Rhode Island Basketball,” Kaull was a player for the Rams from 1963-1967, graduating from Rogers High School in Newport before leading Rhody to an NCAA Tournament appearance in his four years in Kingston.

According to Steve MacDonald, Rhode Island’s longtime play-by-play voice and partner to Kaull, Kaull’s impact as a player cannot be understated.

“You ask anyone, he was a heck of a player,” MacDonald said. “He was the best player in the state at Rogers, and he could really play when he played for Rhode Island.”

To MacDonald, though, Kaull’s impact goes so much farther beyond the basketball court. He described Kaull’s strength of character through stories about what it was like traveling with Don.

“Don was always positive no matter what,” MacDonald said. “When we were traveling, and we would have a delay or something like that, it is typical to get a little upset. Don took everything in stride though, and he was so kind to everyone he talked to.”

That kindness was tangible during the funeral services on Dec. 3, according to current Rhody radio announcer Stone Freeman, as hundreds of Rhode Island community members came from all over the state to show their support and appreciation for the Kaull family.

“I got there at four to pay my respects to his family,” Freeman said. “I didn’t get to the front of the line until 6:30.”

Freeman, who only knew Kaull when he became a senior at Rhody, expressed that every interaction with Don was one he would cherish.

“When I was working my way through school, he was the guy I wanted to be,” Freeman said. “I would always love our talks about Rhode Island basketball and he was someone I could always reach out to if I needed something. I will think about that man long after my career is over.”

MacDonald summed up Kaull’s legacy on the Rhode Island community in one quote.

“Don was the person that we all strive to be,” MacDonald said. “I think we all want to be remembered like Don will be, as someone who was genuine and kind and made a positive impact on their community.”

Kaull is survived by his high school sweetheart Caroline and children Elizabeth, Katherine and John, who carry Don’s legacy with them every day. Kaull will be remembered as one of the pillars of URI athletics and an icon of the athletic department, a legacy that will last lifetimes.

Bottom of the Ocean State: Rams fall in back-to-back in state rivalries