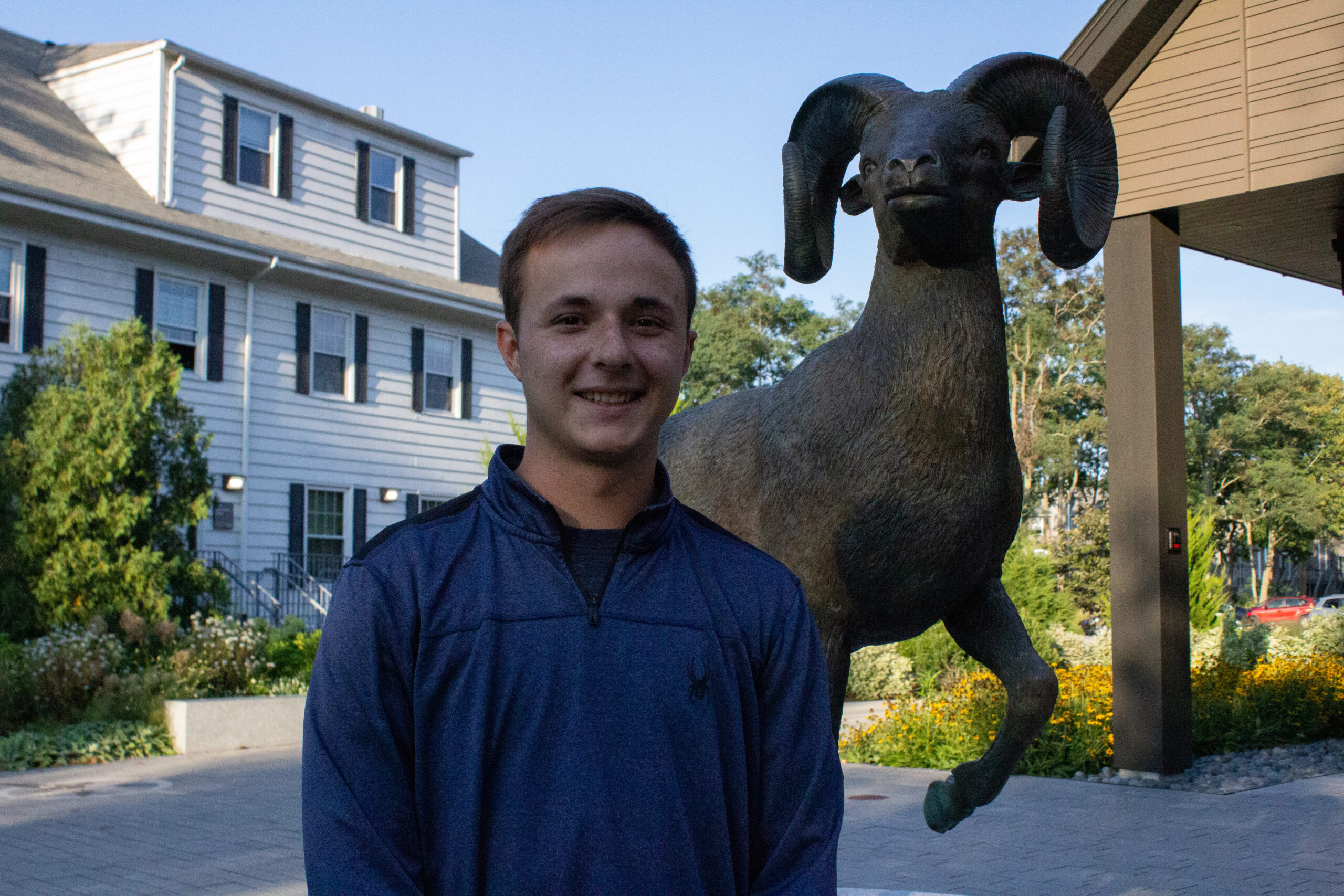 In my three and a half years as a student at URI, I have never known life without the Cigar. From the very first day of classes, the paper gave me an identity that I could be proud of in a time when I didn’t know who I was.

As a wide-eyed, severely intimidated freshman, I thought there would be no chance of immediate involvement in a student organization like the school paper. “I just got here,” I thought to myself. “There’s no way they will have space for me.”

I couldn’t have been further from the truth. I walked into URI 101 that day, now with the expectation that I would waltz through my first semester, hanging out with friends and playing video games all day, every day. That expectation changed quickly when our student mentor in the class said, and I quote, “If you are a journalism major and you are not doing the newspaper, what are you doing?”

I’ll never forget that day and when I heard that. We received the info on the 6 p.m. meeting that night, where I made my first appearance as a contributing reporter and met Nolan Reilly, the sports editor at the time.

It wasn’t a super glamorous first semester. I was often put on stories that no one else would take. The fact that I was even involved in any way was enough for me, though, and I wrote a story nearly every week. Before Nolan decided to leave the paper, he had provided me with massive amounts of confidence in my reporting while also acknowledging some strides I could make. From this point on, I knew the paper was something I wanted to be a part of for the foreseeable future.

However, COVID put a huge damper on my second semester as a freshman and largely prevented me from covering games and continuing to grow as a reporter. I knew when I came back in the fall of my sophomore year that I had a lot of ground to cover.

I did my best to integrate myself further into the paper, taking stories even more frequently than in my first year. I really started to see progress in my work under Nolan’s successor, the legendary Will Pipicelli. Will taught me to have my own voice and to stay resilient in my reporting. When I applied for staff reporter at the end of the semester and lost out on the opportunity, Will was the one that kept me on track when I felt down about my journalistic abilities and gave me the boost I needed to keep pushing.

I used that during my second semester to push even harder. I made it a point to show consistency, getting stories in on time and improving my style and format. I was determined to take my second shot at staff reporter and display my resilience and dedication to the paper. Fortunately for me, the E-Board at the time, made up of Kate LeBlanc, Pipicelli, Nicole Wagner and others, saw the passion I had for the paper and gave me the opportunity to continue to grow, awarding me the staff reporter position.

From there, my time as a sports reporter at URI took off. Because of the credibility the paper gave me, I was given an internship to announce sporting events for the school, attending a number of men’s and women’s basketball games as well as softball and baseball. I was doing this all on top of two stories a week as a reporter under my third editor, Aniekan Okon.

Aniekan showed me what it meant to be a professional in the industry. He led by example, always having things in on time, in the right format and always communicating. At a time when my ego may have soared because of all of the extra involvement, Aniekan showed me there was still a lot of work to be done.

I spent that semester and the semester after as a staff reporter under Aniekan, taking in everything I could before, eventually, his time came to an end last semester. When the opportunity presented itself, I felt it would have been a real shame not to go for it and decided to buckle up and run for sports editor myself.

When I decided that not long ago, I never imagined I would be here, and I certainly didn’t think so when I first got here. This will be my 106th story as a reporter. That means I wrote at least 53,000 words for this paper, and I would write 53,000 more if I had time.

Unfortunately, my stint at URI is coming to a rapid end with just one more semester to go. It is with a heavy heart that I look back on the amazing experiences I had, the memories I made and the people I met along the way.

I can’t possibly write this column without paying dues to the people before me. Thank you to Nolan, Will and Aniekan for everything you guys did for me. I am not sure I would have committed to this profession had it not been for the positive reinforcement and helpful criticism along the way.

To the legendary e-board that I had the privilege of working with this semester: I can’t thank you enough. I have now seen what it takes to truly be a reporter and have fallen in love with it, thanks to you.

Lastly, to the sports section. Nathan, Zach, Aidan, Cam, Sara, Steve, Andrew and so many others who made our Monday pitch meetings a highlight of my week: I will never forget you guys.

This paper will always have a place in my heart, and it’s scary to think where I would be without it. I am forever grateful for everything and will never stop supporting this great paper. And with that, I say, for the last time as a Cigar reporter, GO RHODY.

A strong community guided by the Cigar’s light: My goodbye