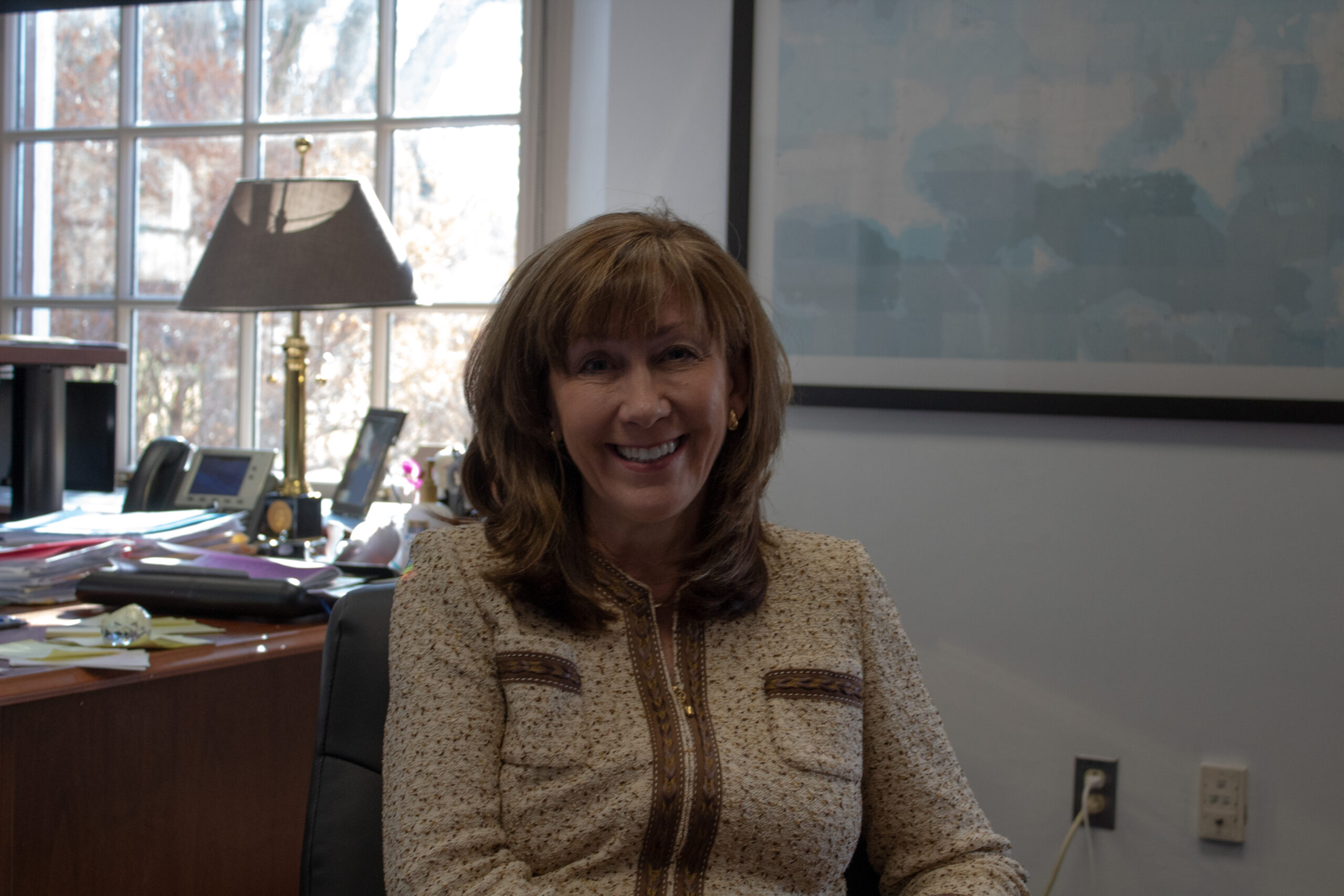 The University of Rhode Island has appointed Barbara E. Wolfe as its new provost and executive vice president for academic affairs.

Wolfe, who has served as dean of the URI College of Nursing since 2016, is internationally known for her psychiatric and mental health research. The URI Board of Trustees selected Wolfe to be provost through an extensive national search that took place after previous Provost Donald DeHayes stepped down in 2021.

As chief executive officer, Wolfe will oversee the different colleges at URI and work closely with stakeholders across campus, as stated in President Marc Parlange’s announcement of the new provost. In doing so, Wolfe aims to launch the University into its “next phase of academic excellence.”

“The provost [defines] the academic experience,” Wolfe said. “It’s a very exciting opportunity, because it’s an opportunity to build upon URI’s formidable strengths… and work with an incredible team.”

The University’s new phase of transformation and development, according to Parlange, will follow URI’s 10-year strategic plan. The plan defines objectives regarding diversity and inclusion, core academic development and community support.

As a member of the Strategic Planning Steering Committee, Wolfe now has an “instrumental role” in the 10-year strategic plan’s implementation, according to Parlange. Wolfe stated that the strategic plan will guide her actions as provost in terms of academics. However, she believes there is “great opportunity for innovation and excitement” in setting goals for URI, as well as mapping out ways to achieve them.

With goals of enhancing the student experience, maximizing University resources, and advancing research and scholarship efforts, Wolfe stated that she hopes to transform URI into a “national model” that will define the role of public research universities nationwide. This involves the advancement of research efforts in all areas of URI, according to Wolfe.

“She’s really helped move the College of Nursing into really high up national and international standings,” Parlange said. “She was able to do a great job attracting outstanding faculty [and] outstanding students.”

Parlange believes that Wolfe will carry her success as dean of the College of Nursing into her role as chief academic officer. Wolfe created an environment that supports research endeavors, according to Parlange, and her advancements in training and external grant funding continue to benefit students.

Within each category of the 10-year strategic plan, there are specific goals that pertain to the “academic arm of the house,” according to Wolfe. One of these distinct objectives is the act of enhancing student achievement, which Wolfe believes will be done by cultivating an engaged, active and inclusive learning environment.

“It’s focused on [creating] a community where students are empowered to lead their own academic journey with access to resources and support,” Wolfe said.

The new provost aims to “invigorate” the learning environment so that it reflects an active and contemporary learning style. Through emphasizing the learning experience, Wolfe stated that she hopes to increase the number of graduate students at URI.

Following her success in the College of Nursing, Wolfe wants to develop administrative and financial systems at URI that maximize resources and prioritize efficiency. Wolfe then explained that, with these systems in place, students will see direct effects, such as new academic programs and services, experiential learning and Housing and Residential Life Support.

“We need… to [create] a place to spend time with friends outside of study time,” Wolfe said. “And I think that would only enhance the student experience.”

These plans for emphasizing scholarship overlap with the University’s diversity, equity and inclusion objectives. Wolfe believes that URI’s goals concerning diversity should answer the question of how the University can “foster an inclusive, people-centered culture.”

Wolfe intends to foster such a culture by investing in initiatives that welcome and empower all members of the URI community. This goal involves establishing that the University has a diverse faculty student body, as well as providing programming that addresses race, according to Wolfe.

“We need to ensure that we have diversity in the curriculum and that we have equitable support for both students and faculty that have diverse backgrounds,” Wolfe said. “It’s really, really important that we collectively as a group, as a community, created a diverse learning community to ensure that URI’s education is preparing for our future.”

As a past president of the American Psychiatric Nurses Association, Wolfe stated she believes mental health is a critical resource for campuses across the country. Her initiatives for community inclusion follow the fact that “mental health is near and dear to [her] heart.”

Wolfe believes that her past accomplishments in psychiatry and the College of Nursing will benefit her as provost because she knows the community at URI. Since her position requires collaboration with stakeholders, Wolfe stated the importance of understanding the challenges of a university from an alternate perspective.

“Out of the gate, it’s important [to] not function in isolation,” Wolfe said. “I really want to understand [each] area’s perspective, to get an appreciation of where we come from.”

Wolfe’s perspective on diversity and academics at URI is one of the reasons she was appointed the position of provost, according to Parlange.

“She’s a wonderful human being… trusted by colleagues [and] friends across campus,” Parlange said. “It’s very important that people know she listens, and [that] she can appreciate different perspectives and different viewpoints.”

The search committee for URI’s new provost evaluated candidates based on their academic career, level of leadership experience and demonstration of collaborative leadership and innovation, according to Parlange. The president explained that Wolfe’s research success as a dean, in addition to her reputation across campus, were “very important things” that contributed to her new appointment.

When recounting the interview process for provost, Wolfe explained that she met a multitude of people she otherwise never would have encountered. This process gave her a “greater appreciation” of URI’s community and environment. As provost, Wolfe stated that she wants to “make it her mission” to go in and be a part of all the different areas on campus, in order to better understand and connect with the community.

On Jan. 1, 2023, interim provost Laura Beauvais will step down, and Wolfe will lead URI’s “new phase of growth and transformation” as the new official provost, according to Parlange.

“I am still in the transition phase of finishing up my current role and getting ready for new ones,” Wolfe said. “There are a lot of ideas… and it’s exciting.”