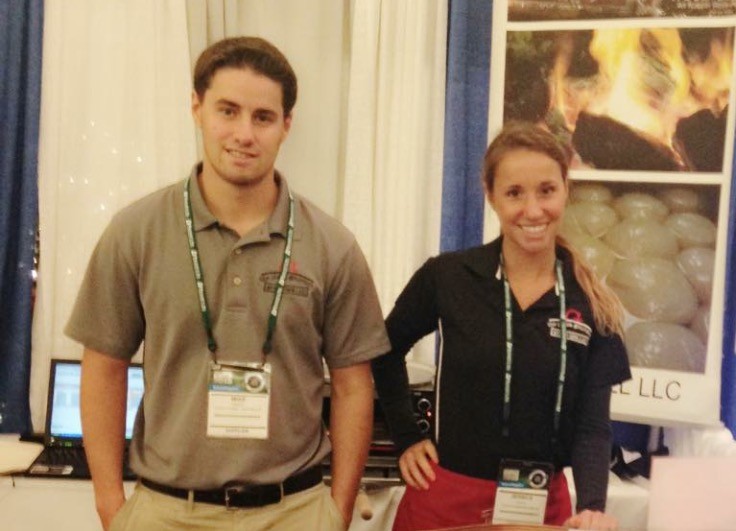 Many students must balance their school work with other activities or jobs, and one student at the University of Rhode Island has also been helping run his family’s pizza crust business.

Mike Parente, a senior communication studies major at URI, is an account manager for Top Shell LLC, a company started by his father, Jack Parente, who is a graduate of URI.

“Ever since he set up shop … I felt obligated to be involved and help him out,” Parente said. “He would pay me so it’s not like I was just volunteering, but it was also something that [with] my dad I look up to him. So I’ve just been kind of working my way up responsibility-wise. I’m now considered the Account Manager. We talked recently, and [my dad] wants me to get into almost like a Regional Supervisor [position] once I’m done with school.”

“And that’s just a portion of our business,” Parente said. “A lot of our business is also wholesale, where restaurants all around take our crust in bulk so [that] they can make pizzas fast. That’s the going sales pitch. And also, a lot of concession [stands] have been taking our pizza crust… like the Ryan Center has a stand just for pizza, and it’s our crust.”

The pizza crust has also made it into Gillette Stadium in Foxborough, Massachusetts, Heinz Field in Pittsburgh and was in Fenway Park in Boston for a time. They have also started making their way into franchise markets, including Roche Bros. and Market Basket. Parente mainly works with the Rhode Island customers of the company while he is a full-time student.

“What I’m doing is taking care of the guys who got us up and started, like our local customers,” Parente said. “So how I have it split up this semester is I have classes Mondays, Wednesdays and Fridays. I have four classes. And then on Tuesdays and Thursdays I have dedicated the full days to just working. And Monday, Wednesday and Friday, just because I’m on campus most of the day doesn’t mean I’m not working. I’m constantly on the phone with customers and soliciting their needs.”

Parente said that the business started five years ago when the economy crashed and his dad left his job as a pharmaceutical salesman.

“He had an opportunity to take a severance package and I feel like he always wanted to make his own business someday,” Parente said. “So things just worked out. He met this guy, Dave Goulart, who has the The Pizza Gourmet, which is just a pizzeria in Providence. But their signature thing was this wood-grilled pizza crust, they had take-and-bake pizzas available and they had a catering side of the business… And five years later we’re really just seeing it all expand one day at a time.”

After his dad pitched to Goulart that he could turn the crusts into a business, Top Shell LLC was created. His dad has involved Parente and the rest of his family into the business, including Parente’s mother, Linda, and his two sisters who also attend URI, Jessica and Marci.

“I just consider this hands-on experience just as much of an education as being here at URI,” Parente said. “I’m just seeing how the real world and business work while I’m getting my education. Which I guess has delayed things, like I’m not graduating in four years, but I like what I’m doing.”

Parente took a gap year after completing his third year at URI as a Sociology major. After coming back to school full-time last year, he set his sights on graduating in two years while working for his dad and changed his major to communications.

“So much of what I do is selling, and whether that’s just [the] market on a Saturday promoting our product, or whether that’s at a trade show approaching new customers and pushing for existing customers to order more,” Parente said. “I know what I want to say to these customers, but communications is just really helping me to have the confidence to say what I want to say and not worry so much about if what I said sounds right.”

The pizza crusts are all-natural products, and they don’t use any preservatives.

“It’s a simplified way to make a pizza at home without using your own dough,” Parente said. “It’s an already cooked dough, [and] we cook them over wood-barbecue grills… The concept is just a fast way to make a pizza, whether you’re a customer at a market bringing them home for your family or you own a restaurant and you just want to be able to fire out pizzas.”