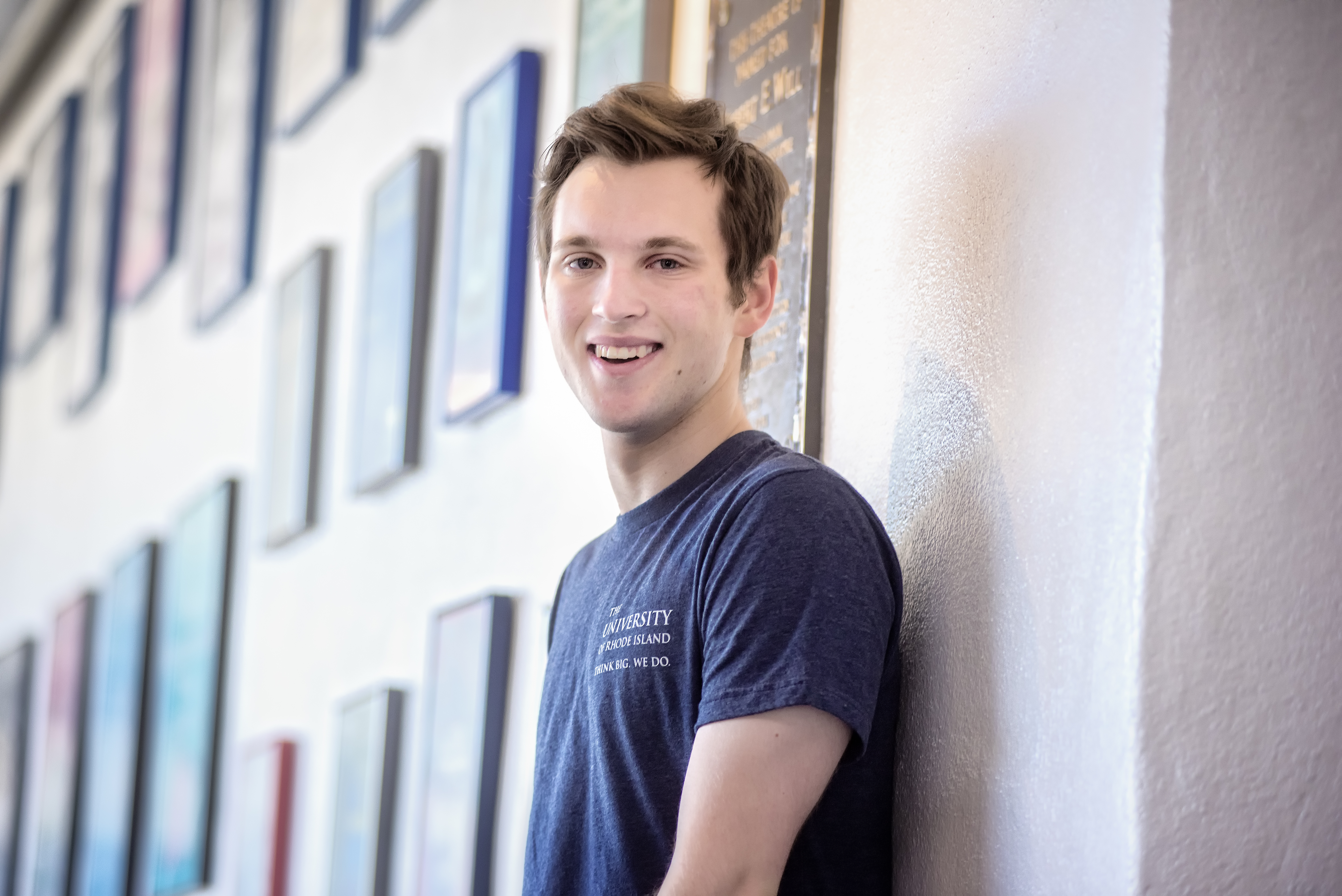 A University of Rhode Island theater department student advanced to the final round for stage management at a national theater festival earlier this month.

“My director, Kira Hawkridge nominated me because of my work,” Lovejoy said. “She was impressed by my work and she said ‘I think that you could really do well and learn a lot from competing at this festival.’”

This national festival, the Kennedy Center American College Theater Festival (KCACTF) is broken down by regions. URI competes in region one with all of New England and eastern New York. This year the KCACTF was held at Cape Cod Community College in Hyannis, Massachusetts. It began on Jan. 29 and concluded on Feb. 2, taking place over the course of a week.

While acting nominees have performance competitions, those nominated for stage management do things a little differently. Stage management nominees are required to bring a prompt script which is a script from the show they were nominated for with all their technical cues, charts, the actor’s movement instructions and paperwork inside a binder. A letter about their process as a stage manager is also included inside the binder.

“You leave it on a table and then you walk away,” Lovejoy said. “Then there’s a judge who comes in and looks at everybody’s scripts and makes notes. You come in. You do a quick 15 minute interview with him and that’s it.”

Lovejoy said he wasn’t nervous as he put down his prompt script with his friend Alyssa Frederick, senior theater major, who was also a stage management nominee.

“We both put our prompt scripts down on that table together, we smiled and were like ‘We did the work now is just the time to celebrate the work that we put in,’” Lovejoy said. “I wasn’t ever nervous, it was more the attitude of celebrating all the work I had done.”

If the judge likes the competitor’s prompt script and their interview then they will invite them to the next round. Lovejoy was asked back to the second round which was also the final round. The final round consisted of another interview where the judge gave competitors feedback right there in front of them in a form of a conversational interview.

“He really gave nerdy advice but it’s such good advice for someone like me who wants to go into the field professionally,” Lovejoy said.

Lovejoy was also an intern at the festival. As an intern, he helped run the festival by checking people in, setting up rooms and ushering shows. At the end of his internship he got to pitch an idea for a theater to Yale University faculty members. He believed it was a great experience. He particularly liked how the internship only lasted a week so he didn’t have to worry too much about preparing beforehand but rather just showing up and receiving tasks to do.

“I think that if you’re interested in learning more about how to run a festival or start your own theater or anything that is not necessarily covered by the curriculum we teach here, the internship was definitely a valuable experience,” Lovejoy said.

Attendees also are able to attend various workshops while at the KCACTF. Frederick said she attended workshops regarding calling techniques and a question and answer for stage management along with different design workshops.

Since Lovejoy was also interning he didn’t get to go to as many as he planned to but really enjoyed the ones he did attend. He particularly enjoyed the stage management workshops he attended and the workshop run by Out Loud Theater Company.

“I was able to experience other sides of theater that I’m not always hands on and involved in,” Lovejoy said.

The case for Halloween episodes

An Amazon Prime must-watch with ‘The Boys’