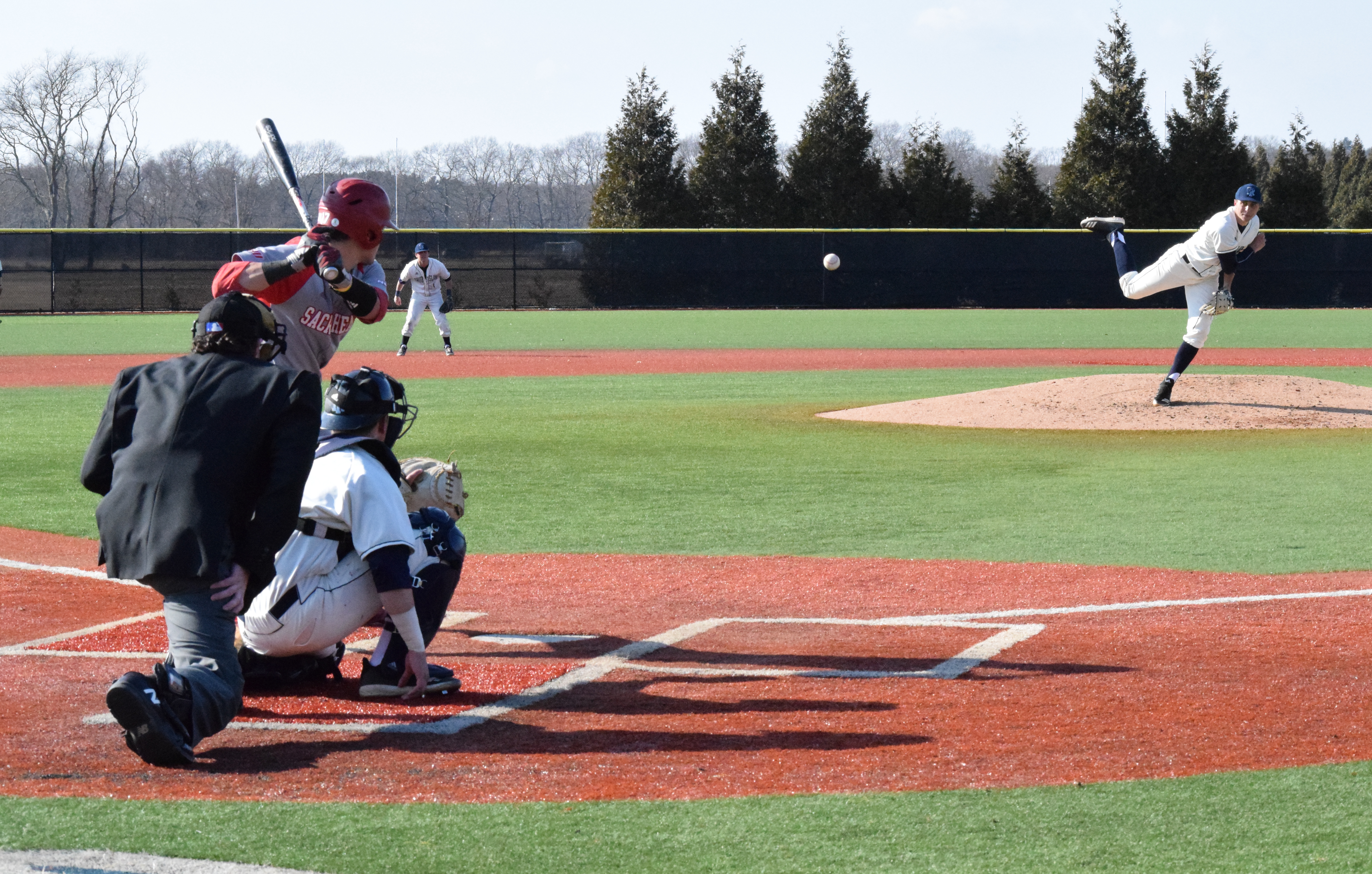 New England weather creates schedule craziness for a baseball team that calls the northeast region home. The University of Rhode Island Men’s team is no different, as they finished up a 14-game road trip this past weekend before opening up their home field on Wednesday.

Rhody had a four-game series away to Wichita State that started on Friday. The game under the lights proved to be the most entertaining of the series.

URI took the lead in the top of the first after freshman Jon Cristino smacked a triple into right field that plated sophomore Austin White. The lead was pushed to two on a sacrifice fly by Xavier Vargas that scored Cristino from third.

The visitors found the plate for a fourth time in the seventh inning from a run by Vargas after scoring from a wild pitch. The score read 5-4 in favour of the Shockers, but a three-run ninth inning from Rhody gave them a 7-5 lead heading into the bottom of the frame. Unfortunately the bullpen was not able to close the deal, as the Shockers scored three runs themselves in the final inning to pull out the home win 8-7.

Rhode Island only needed two innings of offense to take care of business in the first game of a double-header on Saturday. They scored five runs in the fourth inning, and batted around again in the eighth to score a season high 16 runs in a 16-8 win. The win snapped a eight game losing streak for the Rams.

The team made sure they wouldn’t immediately go back into the loss column on the second game of the doubleheader. An exceptional pitching performance from junior Nick Robinson was the catalyst of the performance. The starter threw seven innings of one run baseball and struck out five batters along the way. Robinson notched his first win of the season, leaving Head Coach Raphael Cerrato impressed with his starter’s season-best performance.

“He had his pitches working, throwing strikes, getting ahead of guys, stuff was really good,” he said. “He had a really good summer last year, great preseason, looked great. He’s had some tough luck but (he) looked like the kid we expected to see this year.”

Rhody won the game 6-1. James Walker and Tyler Brosius took over the reins from their starter and didn’t give up a run for the Rams. Junior Sonny Ulliana did the damage from the plate, sending a two-run homer to right in the top of the first. It was his first homerun on the season.

Wichita State was able to avoid losing the series with a 5-1 victory on Sunday. Their starting pitcher, Cal Carver, gave them six and a third innings worth of work, conceding one earned run in the process.

“The kid (Carver) they threw Sunday shut us down,” said Cerrato. “We had our chances early. If we got to him early I think we would have put up a bunch of runs, but he got some outs and got into a rhythm and got us for the rest of the game.”

On the overall pitching performance of the team, coach Cerrato was encouraged by what he saw in Nebraska.

“There were a lot positives for us,” he said. “I thought we got some of our best starting pitching of the season so that was really encouraging. Every starting pitcher threw well. So that was good. We need to have good pitching to win.”

Rhody finished up their opening away stand with a record of 4-10. Speaking ahead of Wednesday’s home opener vs Sacred Heart, Cerrato talked about how excited the team was to open up Bill Beck Field.