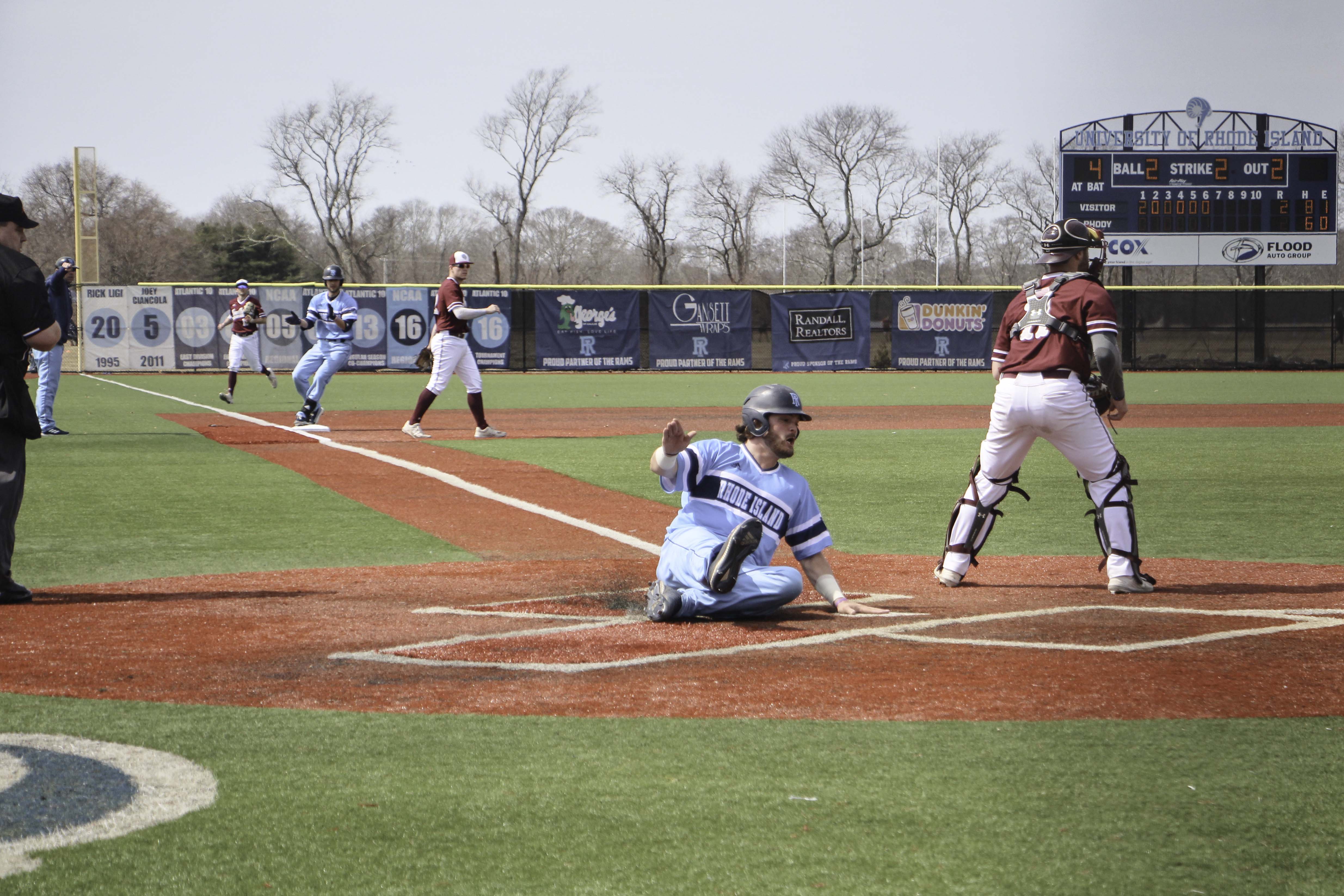 The Rams began this week’s play with back-to-back non-conference road victories against Quinnipiac on Tuesday and Northeastern on Wednesday.

Head Coach Raphael Cerrato expected this past weekend’s series to be tough and expected Fordham’s pitching to be strong, which turned out to be exactly the case on Friday.

The Rams gathered six hits off Fordham’s but were unable to score as they left 12 runners on base. One bright side to this game came from the Rams starter, sophomore Ryan Twitchell. He pitched seven and innings and only gave up one unearned run on four hits and struck out four.

“He threw great, he was outstanding,” Cerrato said. “He threw strikes and gave us a legitimate chance to win the game.”

The Rams had a chance to win in the bottom of eighth and ninth innings when they had the bases loaded both times. They dropped the game 2-0.

The Rams looked to turn things around on Saturday as they had a double header due to impending weather on Sunday. Redshirt freshman Justin Cherry pitched for the Rams while sophomore John Stankiewicz pitched for Fordham.

Fordham took a 2-0 first inning lead and knocked Cherry out of the game after the second inning. The Rams got one run back in the bottom of the second as junior Sonny Ulliana launched a solo home run.

Redshirt senior Dom Grillo relieved Cherry in the top of the third. Grillo pitched five innings and surrendered one run in the top of the seventh, on five hits. Cerrato praised Grillo’s performance on Saturday.

“Dom came in and was outstanding out of the bullpen,” Cerrato said.

The Rams didn’t score again until the bottom of the sixth when they took their first lead of the game. RBI singles from Ulliana and redshirt senior Laurence Hill gave the Rams a 4-2 lead. This was followed by an RBI triple from senior Kevin Heiss and a fielding error that allowed sophomore Austin White to cross the plate giving the Rams a 5-2 lead. Redshirt senior Cam LeFleur entered to pitch in the eighth inning and recorded one out before redshirt junior Tyler Brosius came in to close the game out and earned his second save of the season. The Rams won 5-3.

The final game of the weekend started Saturday afternoon. Junior Nick Robinson started for the Rams while junior Alvin Melendez started for Fordham. The Rams didn’t hesitate to score early as in the bottom of the first sophomore Xavier Vargas hit a two run home run to give his team a 2-0 lead.

The Rams took a 4-3 lead after the bottom of the sixth but Fordham tied it at four in the top of the seventh. The Rams then jumped out to a 7-4 lead in the bottom of the eighth on a bases loaded hit batter and a two RBI single by Heiss.

The Rams held this lead going into the top of the ninth. However, Fordham wasn’t going away easy. A two RBI single by sophomore Nick Labella and a two run home run by senior Justin Bardwell put Fordham up 8-7 for their first lead of the game.

The Rams responded in the bottom of the inning when Cavaliere doubled to tie the game at eight. The game then went into extra innings. Neither team scored in the tenth and eleventh innings. After the eleventh inning the game was suspended due to darkness and was to be continued on Sunday.

Brosius took the mound for a scoreless twelfth inning on Sunday morning. In the bottom half of the inning back to back walks and hit batter loaded the bases with two outs for Brodeur who took a 1-1 pitch to the warning track to drive in the winning run. The Rams won the game 9-8 and took the series 2-1.

Cerrato offered praise but noted that there is room to improve.

“Tyler Brosius was great he pitched all three games,” Cerrato said. “He had a win and a save and he was great, but we could always do more. I liked the energy, we have a really deep team so guys came off the bench and were productive. Our bullpen for the most part was good. The defense was very good overall. We left some guys on base and I’d like to see us get more hits in big spots. Overall we’re competing during at bats. We can be better, there’s a lot of things we can do better. Overall it was a good weekend but we can play better.”

The Rams’ next game is on the road on Tuesday against University of Massachusetts Lowell.