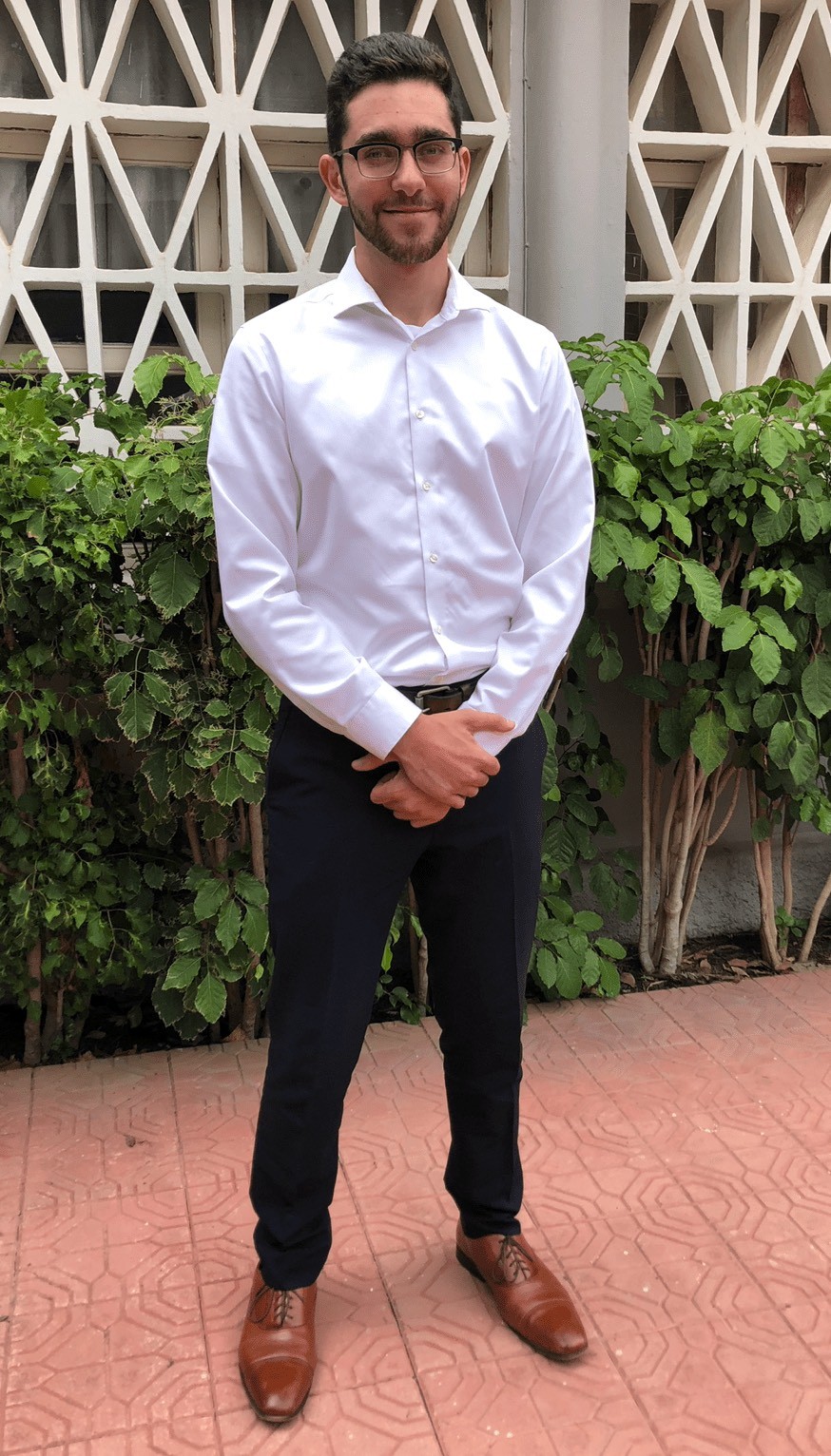 Senior Christopher Parisella was on his way home for spring break when he got an email notifying him that he was selected as the student recipient of the Winifred E. Brownell International Excellence Award.

Rather than leaving for break, Parisella immediately headed towards the University of Rhode Island’s campus to discuss the logistics of the award.

“I didn’t really expect to win it,” Parisella said. “It was just kind of a shot in the dark. My philosophy has been to just keep taking shots, so I went for it.”

The award is named after Dr. Winifred E. Brownell, who is dean emerita of the College of Arts and Sciences. The award is given to one faculty member and one student who is a part of the Harrington School of Communication and Media.

The award will allow for Parisella, who is a political science, writing and rhetoric and French triple major, to travel abroad over the summer and partake in an international event of interest to him. He said that without the award, he would not be able to partake in such an experience.

“I think that creating funding opportunities such as this, that allow students that wouldn’t otherwise be able to undertake international travel, to fund those research interests and those internships, I think that is incredibly valuable,” Parisella said.

Parisella is planning to attend the Oslo Freedom Forum in Norway. Parisella said the forum consists of human rights leaders from around the world discussing threats to human rights in the 21st century. He hopes to talk to speakers at the event and compile research about what is discussed.

“I hope to reach out to [the speakers] and potentially meet with some of them and interview them about their work, to create some kind of report to come back to [the University of Rhode Island] with,” Parisella said.

Parisella is also a leader of the URI Amnesty International chapter student organization. He hopes that what he learns abroad can be discussed with the group once he returns.

“[The report] is something that I would like to bring back to the group, just to foster a discussion about human rights abuses that we never considered,” he said.

Parisella credited community members, including students and faculty, for helping support him during his time at URI.

“I’ve had such an incredible network of faculty and, just my fellow students and colleagues, to turn to for support,” Parisella said. “This is just an extension of that support.”

Additionally, Parisella said that the opportunity to be the recipient of the award would not have been possible without the Harrington School of Communication and Media, which he is a part of because of his writing and rhetoric major.

“This is something I couldn’t have done without the Harrington School and without URI,” he said. “It was an open door that wasn’t open to me before.”

Parisella wants other students to know that there are many opportunities available for scholarships and fellowships and students simply need to know more about these availability of these opportunities.

“Like I said, just shoot your shot,” he said. “If you see something like this, don’t be afraid to submit an application. What’s the worst that can happen? You don’t get it, and you can learn from the experience.”

Earlier in his academic career, Parisella was awarded a Boren Scholarship, which allowed him to study abroad in Dakar, Senegal. Winning the Winifred E. Brownell International Excellence Award will allow him to go abroad for a second time. The Oslo Freedom Forum that Parisella plans to attend will be held from May 27 to May 29.