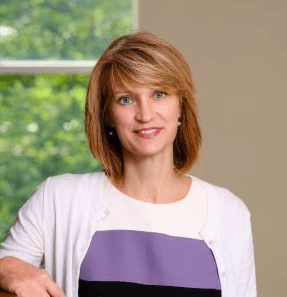 Professor Nancy Forster-Holt shares her experience with entrepreneurship and innovation. Photo from uri.edu

Nancy Forster-Holt has inspired her students through her teaching, classroom lessons

“Traditionally, females will look at a job description and say ‘Oh, I don’t have a 100 percent of what it takes, so I won’t apply.’ Males will look at the same thing and say ‘Cool! I’ve got half of that and I’m coachable so I’ll learn the rest.’ The jobs that I’ve taken have given me that ‘I don’t know if I have everything that it’s going to take’ feeling, but it has always worked!”

These are the words of wisdom from Nancy Forster-Holt to other women hoping to succeed in the realm of business. Forster-Holt is an assistant professor in the College of Business at the University of Rhode Island who specializes in teaching entrepreneurship and innovation. She is also deeply invested in small business retirement, financial gerontology and is the owner of a marine products manufacturing company in Maine named Shaw & Tenney.

Forster-Holt started her journey into the world of business in New York. She graduated from Cornell and started work in public accounting for Ernst and Young, in New York City, and then later in Sacramento, California. While in California, the clients at Ernst and Young got smaller, which sparked her passion for what drives small businesses.

“As an accountant, I saw these big clients like Mobil Oil, ABC News and I was just a teeny tiny piece of that whole engagement,” Forster-Holt said. “But these smaller companies were so interesting. That’s when I absolutely became on-fire about entrepreneurship and innovation and what all these companies were capable of.”

Forster-Holt completed her MBA from the University of Maine. Shortly after, she decided to stay in Maine, after meeting the future chief financial officer of the second-largest credit union in Maine in her MBA class. She was eventually hired as a CFO and worked there for 14 years.

“This is all about networking and really being able to get to know your classmates,” Forster-Holt said. “A lot of hiring is done by people who know people, especially in smaller companies.”

In the midst of her actively engaging life in finance, she met her husband Steve and started a family. However, her busy and structured life at the credit union resulted in her missing a lot of her kids’ lives, so she and her husband decided to buy a business.

“We took over a year and looked at a ton of businesses and I started learning about how to buy and sell,” Forster-Holt said. “I had some merger and acquisition experience from credit unions and an accounting background. My husband Steve is a forestry engineer. His focus was on getting into a company that focused on wood products. This is a lesson that I teach in the classroom: If you’re buying a company, you need to look at a lot of things, if you’re selling a company, you better be attractive to a buyer so that you don’t become one in a pool.”

Her experience in buying a business influenced her fascination with the exit strategies of small businesses and lead to her coining the term “ENDrepreneurs.” She also recently delivered a TEDx speech on the same topic.

“When we met the owner of Shaw & Tenney, he said ‘I didn’t have an exit strategy, I had a heart attack,’ that’s reality meeting textbook,” Forster-Holt said. “That’s when I became extremely passionate about that and decided to do my Ph.D. in studying the retirements of business owners and that’s when I came up with that term. It explains a lot.”

However, Forster-Holt’s ultimate goal was to work for a land-grant institution.

“The opportunity came right at that point to apply to URI,” Forster-Holt said. “Rhode Island is run by 96 percent small businesses and business owners. The ecosystem is fabulous for innovation and the people are lit up. There’s a lot of mentors, interests and people know people. What we’re trying to do is make students understand that they can connect and how they can do this.”

In her time at URI, she has constantly been involved in making a dependable source of student talent so that employers can bring real-world problems into the classroom. She wants her students to get the confidence that comes from sitting across from a real business owner, hearing what keeps them up at night, what problems they have and eventually helping them solve it.

“Every semester, I’ve connected student teams with small business development center clients,”  Forster-Holt said. “In BUS 249 class, we bring small business owners that are willing to help student groups engage with them, the reaction by the owners are pretty gratifying and the students go ‘We just did this!’ Things like that help.”

Forster-Holt’s goal is to make her students more curious, to upend everything they thought knew about business and to look at it differently. She hopes that the excitement of the lessons they learn is new every day. She truly believes that such skill sets can never be taken away from them. “She is so inspiring and encouraging,” Akshay Zadafiya, a senior majoring in business, said. “There’s no way you don’t absolutely want to immediately go and try to create or innovate something after taking her class. She’s so passionate about what she does and that follows through to us in her teaching.” ​