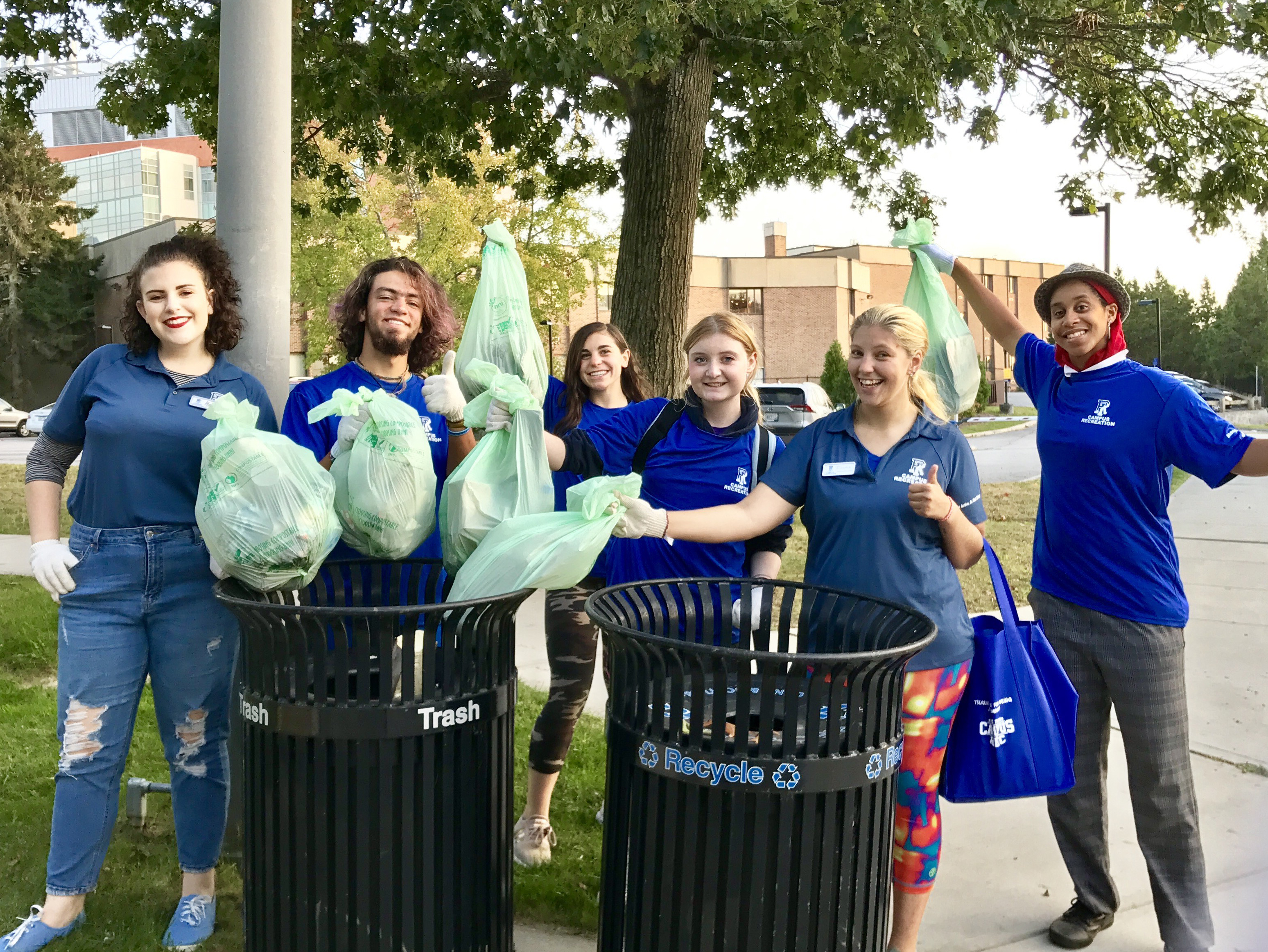 Campus Recreation is promoting the environment-friendly practice during October

Several students recently participated in as a fun way to clean up . Photo contributed by Denise Robbin.

For the entire month of October the Campus Recreation Center staff has been promoting an activity for casual runners: jogging and picking up trash, known as plogging.

Plogging is a Swedish invention, created in 2016 and popularized in 2018. It’s a combination of the word jogging and the Swedish word “plocka upp,” describing the two activities combined into one. The aim is to not only get healthy exercise outdoors but to take care of our campus. All that’s required is a pair of gloves and a plastic bag, making it a very easy activity to jump right into at any time.

Lawn signs can be found around campus to interest runners and passing students in order to boost participation. Students have taken up the challenge and posted across social media regarding their endeavors in plogging. They have cleaned up at the Robert L. Carothers Library, the Ryan Center and at green spaces around campus.

The plogging movement on campus is headed by Specialist Denise Robbin and her two student teaching associates Logan Giroux and Josquin Malone. They individually lead and facilitate joggers who are interested in plogging. Their outings are always followed up by an Instagram post with #plogginguri, happy smiles and bags full of litter.

In a school of over 15,000 students, the waste of each individual cannot be consistently regulated. Robbin acknowledged that plogging itself may not put an end to litter on campus, or the world for that matter. However, she said that psychologically it will incentivize people to lead less wasteful lives.

“I think when people become aware of the trash as they’re picking it up they’re going to be less likely to throw trash out their window,” Robbin said.

Malone also said that plogging is a beneficial way for students to have a role in being environmentally friendly.

“You look back at everything you picked up [and] it’s like ‘I did good today,’” Malone said.

This is the second year that Robbin has drummed up support for this new craze on campus. She is hoping for a stronger response this year compared to last.

One group that they want to target with raising awareness about plogging is families that visited for Family and Alumni Weekend.

“That’s the kind of group we want to be hitting,” Giroux said.

Malone added that the children on campus this past weekend for Family and Alumni Weekend may have been the most beneficial to target for plogging.

Robbin and her team are excited to go out and share plogging with fresh faces on campus, and they hope to convince people to be more mindful with where they put their trash in the future.