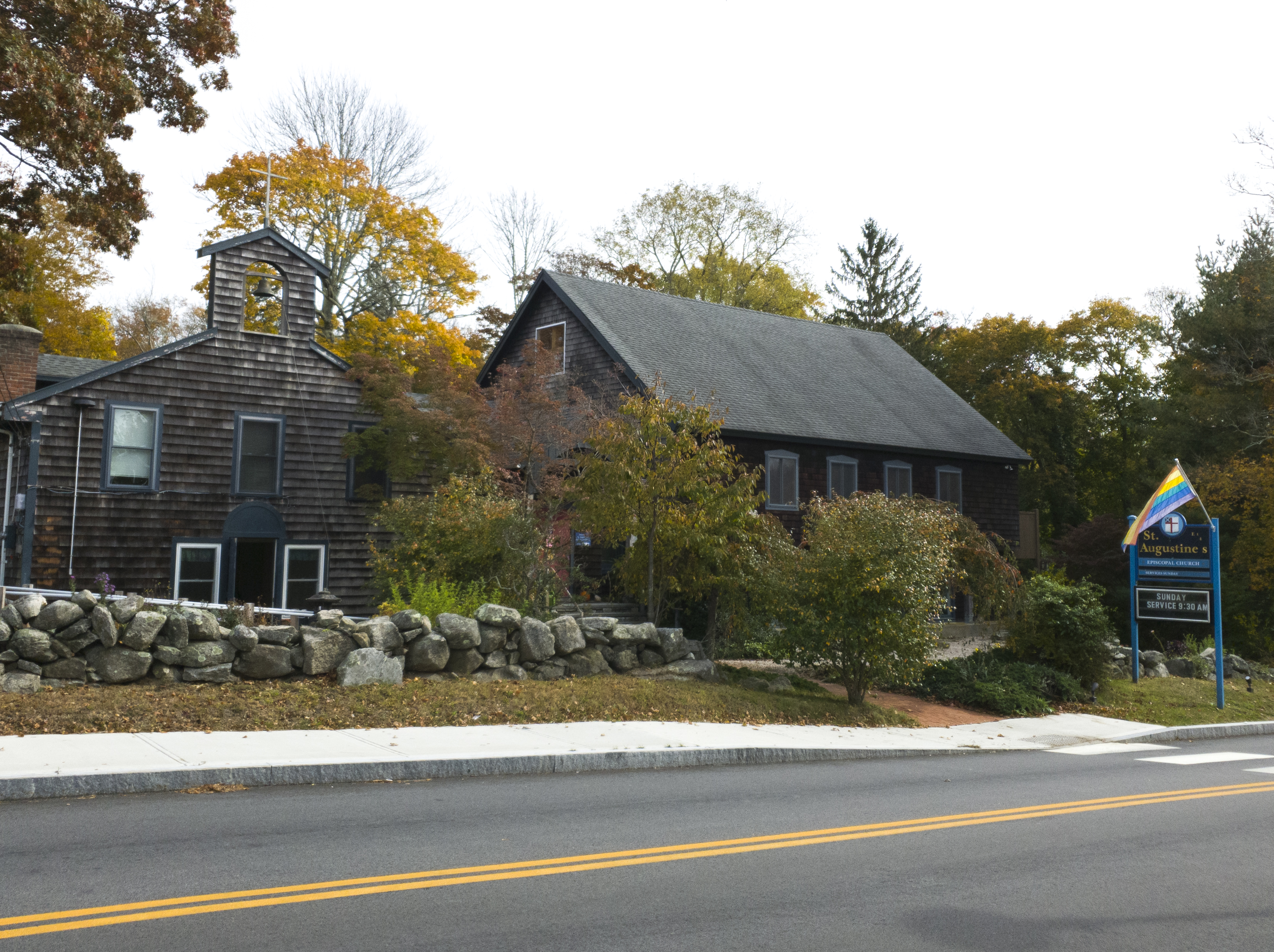 St. Augustine’s Episcopal Church sits on Lower College Road and is marked by the unmistakable presence of a pride flag, which hangs year-round and is representative of what Vicar Beth Sherman described as the “progressiveness” the church stands for.

“We believe we are all loved by God, and so we too are called to love, to serve, to make this world a better place, to be a safe and loving place for others,” Sherman said.

Sherman works year-round to make St. Augustine’s a safe place for students and community members of all different faiths.

“The church was founded as a mission to [the University of Rhode Island] back in the ’50s, so it’s been around almost 70 years,” Sherman said. “I think that entire time has been fully committed to being of service to the community.”

Throughout the year St. Augustine’s holds several events for the benefit of the URI community. These events include meditation and yoga classes, access to the Rhody Outpost food bank and Feed a Friend.

Feed a Friend is a monthly event for students to attend, eat homemade food and engage in conversations about their faith.

According to Sherman, the church recently opened their weekly coffee lounge on Fridays from 2 p.m. to 5 p.m. Sherman emphasized that all of their resources are open to everyone regardless of their religion, beliefs and whether they do or do not have a faith.

“St. Augustine’s is a very progressive church,” Sherman said. “So we are fully committed to welcoming people from all walks of life. In this coffee lounge we get people who are probably agnostic, Muslim, Jewish, Christian, maybe Pagan. And it doesn’t matter. The point is to have a place of hospitality, to be a place of welcome to all people.

URI alumnus Nate Vacarro has been heavily involved with St. Augustine’s because it is such a welcoming and safe place.

“It’s such a nice place for community,” Vaccaro said. “It’s so close to campus but also nice if you’re looking for a space that’s kind of away from the main part of campus. I grew up religious so it was nice to have such an accepting, supportive community that was really active and had an outreach with the students.”

Vaccaro explained that being part of a church that puts an emphasis on the acceptance of the LGBTQ+ community as it relates to keeping faith and worship is important. In fact, this is what lead Vaccaro to be a part of the St. Augustine’s community.

“I got to, kind of, reconnect with my own faith through being involved with St. Augustine’s,” Vaccaro said. “Their basic message is that God loves everybody and God loves you in particular. I think that’s so fantastic, they’re really living and growing as such a progressive church. It’s super wonderful to see.”

Vacarro explained that seeing such acceptance from the church is not something they had experienced before. Vaccaro said allowing for that self-expression from everyone makes the community that much more inviting.

“I would go to ‘Feed a Friend’ and people would be writing their pronouns on their nametags, which to see in a religious setting was wonderful for me,” Vaccaro said. “I think as a church body they are doing a really good things.”

In addition to being open for students, St. Augustine’s acts as a meeting place for many groups and classes on campus. The church offers its resources, such as the kitchen, to the URI community as well

Sherman encouraged students to go to the church, whether it be for events or just to spend time on the acre of land that it stands on and visit the labyrinth located in the back. The events can be found on St. Augustine’s website.