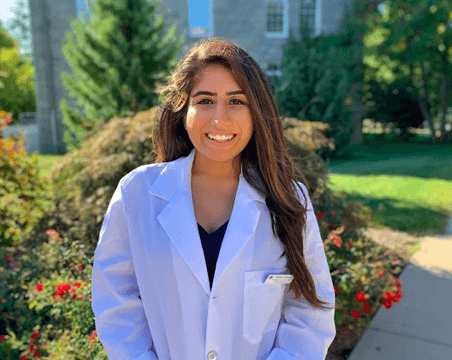 Moving away from home can be a difficult transition in any person’s life. Leaving friends, family and familiarity are concepts many have to grasp once they leave for college or other endeavors. For junior Sonika Tahiliani, this was something she was faced with when she decided to study abroad at the University of Rhode Island and leave her home in Dubai.

“I always wanted to study abroad,” said Tahiliani. “That was like my thing in high school. Dubai had become my comfort zone and that’s when I knew I had to leave.”

Despite her eagerness to move away and begin a new chapter of her life, Tahiliani does not downplay her love for her country and culture.

“We have the tallest building in the world, the biggest mall, the fastest roller coaster,” Tahiliana said. “We have man-made islands in the shape of the world… it’s just glamorous.”

Tahiliani said that URI has presented somewhat of a stark contrast to such a lifestyle.

“I always liked the hustle and bustle of the city,” Tahiliani said. “I love loud sounds and the lights and everything and it’s just fascinating. But now I’m in Kingston and it’s so opposite.”

Tahiliani is enrolled in URI’s pharmacy program and has already completed a minor in leadership studies, alongside finishing the honors curriculum early.

“I’ve wanted to be a pharmacist since I was in the eighth grade,” Tahiliani said. “That’s all I’ve ever wanted to do,” she said.

After spending time weighing all her options Tahiliani soon realized URI was the best and most feasible option for her.

“I started looking at schools in Australia, Singapore, Canada, the UK and the U.S.,” she said. “I was kind of looking everywhere just because I wanted to leave.”

Tahiliani said she chose URI, in part, because of its campus and the general atmosphere among the community.

“I think it’s so beautiful,” she said. “Walking around still feels like so unreal. I love the aesthetic of the campus and how ancient it looks. Also just the community and how accepting everyone is. I feel like everyone’s really nice here.”

Although Tahiliani is currently a tour guide, Resident Academic Advisor (RAM) in Heathman Residence Hall, URI 101 mentor, training coordinator of the Mentor Team, Pride Chair of Pharmacy Sorority Lambda Kappa Sigma and involved in various community service efforts throughout the school year, adjusting to life in Kingston wasn’t as easy as it may seem.

“Freshman year I didn’t do anything,” she said. “I was transitioning and I was very homesick a lot of the time.”

Once Tahiliani started realizing that crossing off the days until she could go home next equated to not fully living out her freshman year, she made an effort to become more involved.

Tahiliani said the most interesting part of her transition has been witnessing her own personal growth and development whilst away from home.

“I have just learned so much about different cultures and the world and I feel like I’ve expanded my personality,” she said.

One of Tahiliani’s biggest observations throughout her adjustment to life in America was how “liberal” the country is. Things like alcohol, drugs and sex are considered taboo in Dubai, but coming to school in America has made her realize topics like these can be casually discussed.

“I love how I can talk about anything and everyone has free speech,” she said. “No one is judged for anything, which I think is pretty cool. Yes, people do judge, but it’s not as bad [Dubai].”

Tahiliani notes her family, friends and food as being her most missed things about home. She even has a favorite, go-to spot for those special occasions when she gets to visit.

“Whenever I go back home, I always like to go to this spot where you can see the entire city,” she said. “You can see all the lights and I love being there.”

Tahiliani emphasized the idea that building a new life for yourself in a new place does not mean some elements of your old life cannot be intertwined.

“Don’t let the fact that you’re different be a weakness,” Tahiliani said. “Instead, use it as your strength to stand out from the crowd. Proudly embrace the part of the world that you represent, and own it. Adjust and adapt to American culture, but don’t let it strip you away from your roots.”