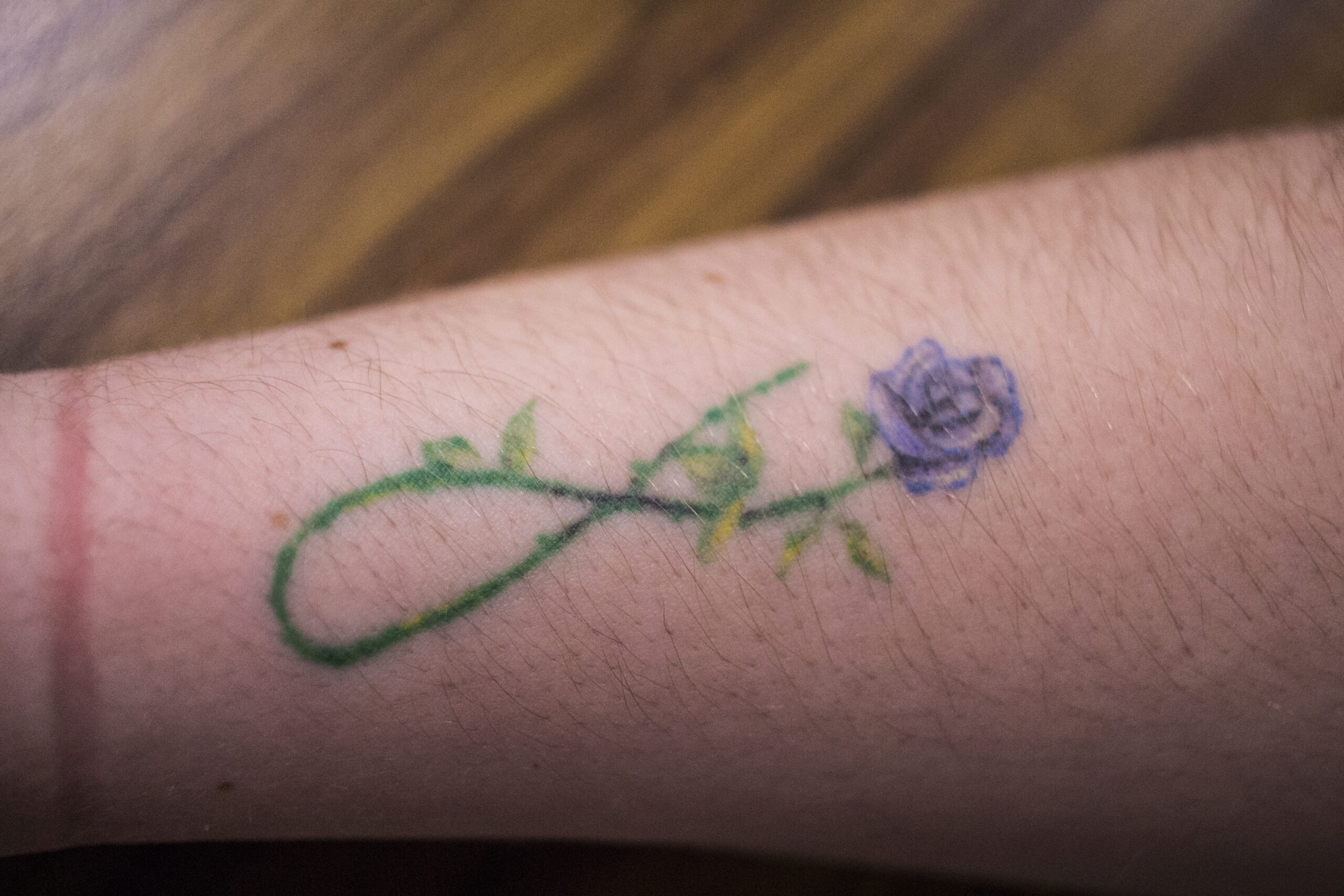 Jenny Hopkins has a total of six tattoos. All of them are unique and are big parts of who she is. Photos by James McIntosh.

Freshman marine biology major Jenny Hopkins has a total of six tattoos that are nearly all related to an aspect of her life.

Hopkins got her first tattoo when she was 18, which was a yellow moon with arrows pointing up and down on either side on her left arm. This tattoo was related to a phrase she shared with her father during her childhood.

“I’m very close with my dad,” Hopkins said. “We have a thing where we would say I love you to the moon and back, and when we are apart we obviously can’t say that. He would text it to me in emojis and for my 18th birthday he got the first three emojis on his right arm and on my left arm I got the last three emojis.”

Upon getting her first tattoo, Hopkins received some questions about how the tattoo may impact her in the future at an increasing rate fast enough to not give her enough time to respond.

“Are you sure you want to put that on you? Are you going to regret it?” said Hopkins. “What if people at your job don’t want you to have it?”

On her other arm, Hopkins has a blue rose which has a hidden meaning when it is paired with her mother’s rose tattoo.

“My mom has a red rose and when you combine them, it makes purple, which means love and compassion,” Hopkins said. “We thought it was just very meaningful.”

Hopkins chose one phrase as a tattoo on her left arm because of how it relates to how she handles her daily life.

“My ‘Choose happiness’ [tattoo means] just pretty much put yourself first,” Hopkins said. “[For example], it is like having really bad anxiety and being able to look at that and say put happiness first.”

One of Hopkins’ career prospects is working with a rescue rehab and release marine life program. This influenced Hopkins to get a black and white shark tattoo.

“The shark one had a lot to do with marine bio but it also had a lot to do with don’t let your fears impact doing something you want to do,” Hopkins said. “In my profession I am going to have to be with sharks. To other people that can be terrifying, but I want to make the best of it and not be scared.”

Hopkins does not plan to get any more tattoos as of this moment until a memorable event happens in her life.

“As of right now I don’t have a plan to get more,” Hopkins said. “As I grow up and more stuff happens such as maybe having kids would change it. I kind of just wait to see if there is something memorable that I want to have to look back at and be able to tell a story to someone.”