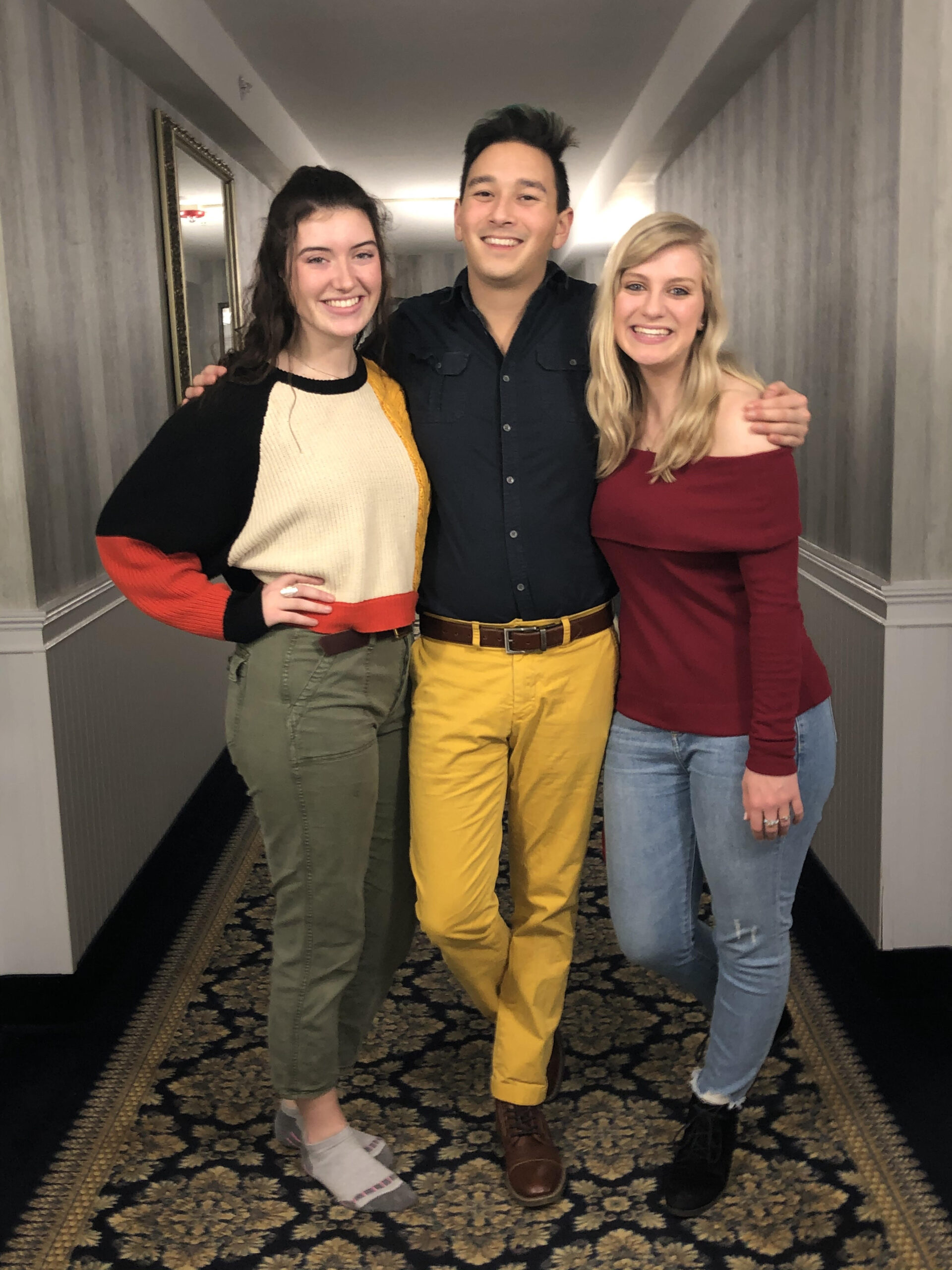 Two University of Rhode Island theatre students were named as finalists in their respective fields at the Kennedy Center American Theatre Festival.

The festival was held from Jan. 27 to Feb. 2 in Cape Cod where junior Mary Mullane was a finalist for the Irene Ryan Acting Scholarship along with her partner, junior Edhaya Thennarasu. Senior Jeremy Chiang was a finalist for Stage Directors and Choreographers Society Directing Initiative.

His first time at the festival, Chiang applied to direct a scene and chose to do a scene from Paula Voegel’s play “Indecent” with five URI students serving as his actors.

“A lot of the plays were not very known to me and a lot of the scenes were not stuff that I connected with or had a great vision for, but I knew ‘Indecent,’” Chiang said. “It also stood out to me that there was basically a musical number in the middle of it, so that was an interesting challenge for myself.”

Mullane attended the festival last year as an acting partner for recent graduate Katharine Templeton. This year she was named an alternate for her performance in last spring’s production of “A Little Night Music,” but after another recent graduate, Brooks Shatraw, could not attend the production, she was told she would take his place.

“It was early enough where I had so much time to pick material, but I still had that moment of panic,” Mullane said.

She and her partner were coached by Rachel Walshe, who had directed Mullane in multiple URI productions, in the time leading up to the festival and during the festival itself while Chiang had about three months to prepare his scene and about three weeks to rehearse.

Chiang went in feeling very prepared, particularly because of the directing class he’s taken at URI prior to the festival, including THE 322: Play Direction.

“It really made me think about who I am as an artist and the kind of art I wanted to create, which definitely severely helped me get a point of view of the scene and going into the festival,” Chiang said.

Mullane’s past experience as Templeton’s partner was helpful, but she described going as a nominee as a much bigger deal. She chose a scene from the David Adjmi play “Marie Antoinette” and became known as the festival as the “Marie Antoinette girl” when receiving congratulations and comments from fellow competitors.

She also cited working with Walshe and Thennarasu in rehearsals as a very fun and helpful process. Though she’d never worked with Thennarasu, she felt their acting styles would complement each other and was proven correct throughout rehearsals and the festival.

“We weren’t rehearsing thinking we’d make it that far so we just had a lot of fun with the rehearsals,” Mullane said. “[Walshe] gave incredible feedback as always. I think I definitely lucked out having her as a coach.”

Both Mullane and Chiang were both pleasantly surprised to find out they were finalists in their respective categories at the prestigious festival. Chiang received the news in a Domino’s Pizza and screamed in shock while Mullane was surprised in her hotel room by fellow theatre students before everyone came out into the hall to celebrate her success.

“Making it to finals was without a doubt the best experience ever,” Mullane said. “It felt like we were on top of the moon. It was incredible, like nothing I’d ever experienced before.”
Chiang said the most rewarding part of the experience was getting to see and work with so many different artists and both he and Mullane said the feedback they received was rewarding as well.

Mullane added that it was special “just having URI people, that support system, because obviously we know we’re supported here, but just really feeling it firsthand [at the festival].”