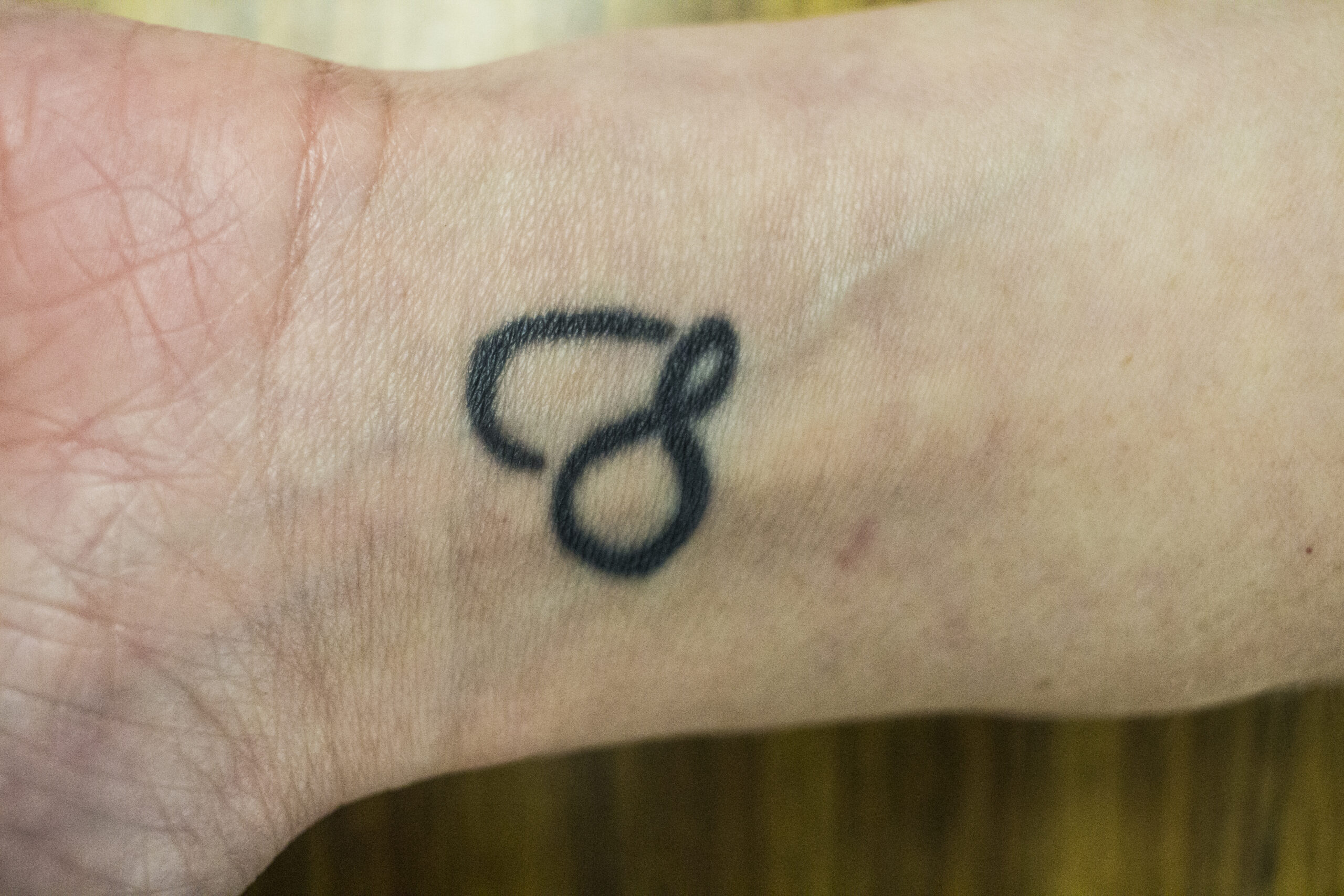 Dr. Ashlea Rundlett, a professor of political science at the University of Rhode Island, embraces her three tattoos, trusting her decision to get them and holding them dear to her heart.

Rundlett got her first tattoo when she was 19 years old. Located on her foot, the tattoo is based off of a star with notes from a song that she loved to play on the piano, a song by Chopin. Rundlett drew the initial tattoo concept herself.

“I remember that I drew the picture of this when I was around 17 and I carried it around with me in random forms trying to decide if I really wanted to get it,” Rundlett said.

Rundlett stated that at the time she got the tattoo of her drawing, she knew very little about tattoos and had drawn the picture too delicately for the tattoo artist to work with, which she found out when she went to get the tattoo done. The tattoo artist redesigned the drawing and Rundlett chose to get it on her foot.

The second tattoo Rundlett has is on her leg, which she got a few years after her first one. This tattoo is a flower with the Greek words “arete” and “sophia,” which Rundlett said that she decided to get after her previous days as a philosophy major.

“I used to be very interested in ancient Greek philosophy and in particular I just really liked the ancient Greek concepts of arete and sophia,” Rundlett said.

Rundlett explained that the Greek term sophia means “wisdom” which originated from Plato’s apology when Socrates is called the wisest man and he responds with saying that although that may be true, he feels as though he still knows nothing.

Arete can be translated to “virtue.” However, Rundlett states that the better translation could also mean “excellence.”

“For a lot of people, there’s a lot of different meanings of what this means, but it’s kind of like trying to fulfill your greatest potential,” Rundlett said. “As a professor, I’m constantly striving to be the best possible professor that I could be.”

The third tattoo Rundlett has is a heart with an infinity symbol on her wrist, a matching tattoo with her mom.

“She always wanted to get a matching tattoo and she picked the design,” Rundlett said, showing how close she is with her mom.

While Rundlett said that she does not regret any of her tattoos and they have become a part of her identity, at the moment, she does not plan on getting any more.

Rundlett also stated that at the time of when she got her tattoos, she had no hesitancy, despite the fact that she was a young adult working towards a professional career.

“I think the stigma is lifting a lot around tattoos,” Rundlett said. “It’s becoming a lot more socially acceptable to have them and I think it’s more problematic for people who perhaps have other things counting against them in terms of other people’s biases.”