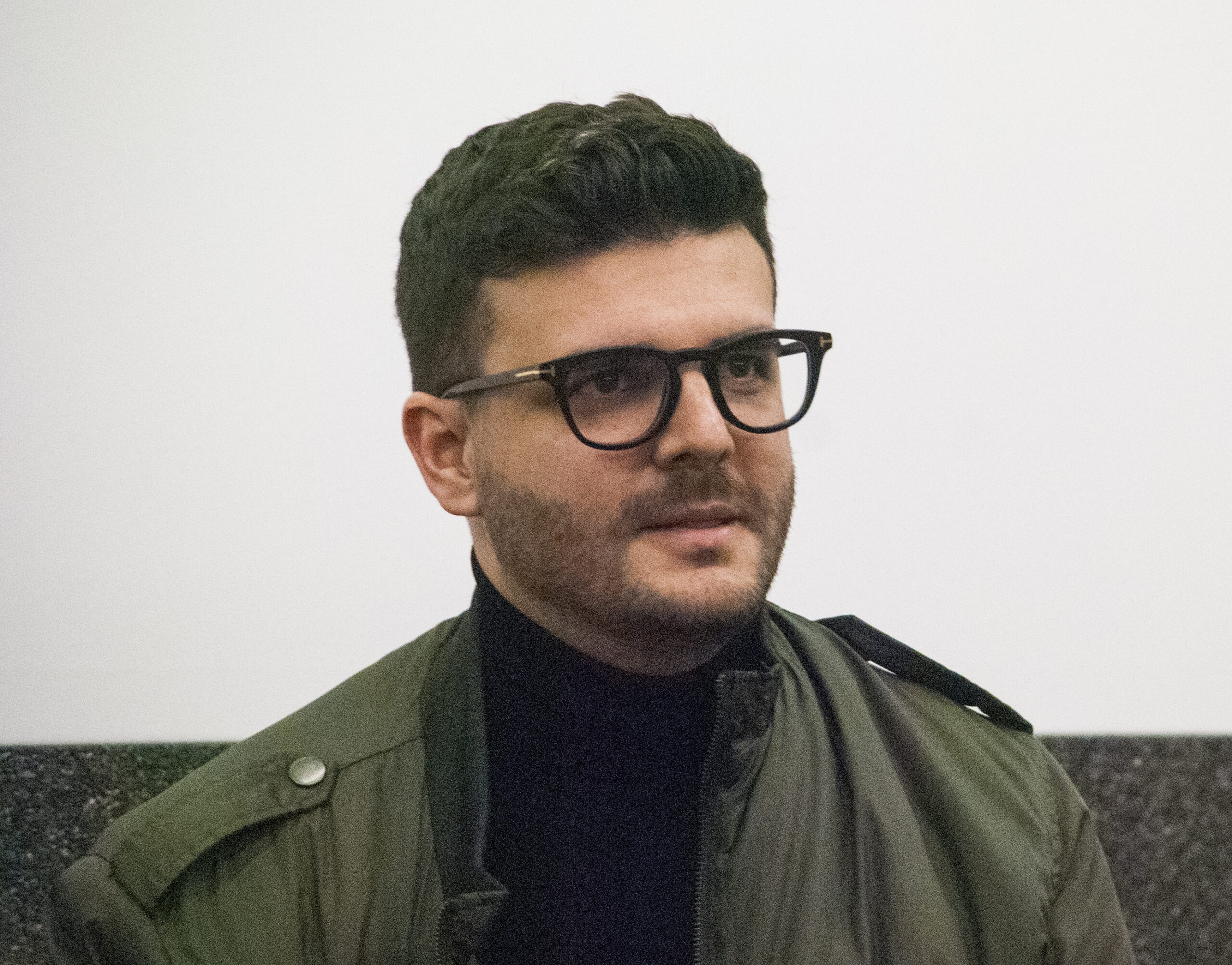 “Keep in touch with me,” Timothy Mendonça told the 11 students in Ranger Hall on Friday, Feb. 21, sharing his email and Instagram with them.

Mendonça returned to his alma mater, the University of Rhode Island, to give advice to Harrington School students, network and share his story in a question and answers event.

Mendonça, a Newport, Rhode Island native, graduated from the University in 2013 and is currently the production coordinator for Amazon’s hit TV show, “The Marvelous Mrs. Maisel.”  Mendonça has held the position since the show’s second season as the team goes into production for season four this week.

Students in attendance not only got advice about the film and television industry but were able to make a connection with Mendonça, who wanted to help them further network within the industry to achieve their goals.

“My biggest takeaway is don’t burn bridges and just to be genuine and authentic when you go into the film industry and set goals for yourself,” sophomore film and communications double major Bailey VanderVeen said.

Mendonça’s career was built upon keeping the connections he made with others in the industry, proving that you never know how and when those connections will lead you to a great opportunity.

His first real starting point to where he is now was back when he was around 15. At the time, he wanted to be an actor and would obsessively call the casting director for a movie filming in Rhode Island. He then realized that if he worked for her, he’d know what auditions were coming up. A couple of years later, the television show “Brotherhood” was filming in Rhode Island and that same casting director called him to be a casting assistant. Through her, he made many connections in the Rhode Island film community and he hasn’t stopped working since.

One opportunity led to another which led to another, and eventually, Mendonça found himself working on the Amazon show “Sneaky Pete.” While the show only had two seasons with a long hiatus between the first and second after the original showrunner left the production, it was an important experience for Mendonça. The connections he gained there led him to another Amazon show, “The Marvelous Mrs. Maisel.”

“It’s the best place to work,” Mendonça said. “I got very lucky, I don’t know how it happened. Everyone loves to be there and it’s nice that the show is so successful and that people love it because it makes you want to work and do good.”

While Mendonça loves what he does, he didn’t shy away from sharing just how difficult his work is. There is not much time where he isn’t working, even between seasons. For months and months, he works tirelessly with the rest of the production crew to deliver the show that everyone’s fallen in love with over the past three seasons.

However, there are moments that make it all worth it. For Mendonça, one of those “worth it” moments came this past year at the Emmy Awards. He described the red carpet and after-party with great excitement. He’s aware that people tend to think of the glitz and the glamour when it comes to the industry, which isn’t realistic. However, when it comes to moments like the Emmy Awards, that’s what it’s all about, a surreal experience coming to life that is exactly what it was like from his years watching it on TV.

“I’m totally down to get coffee and help in any way,” Mendonça said. “I always pass those opportunities along to people who are looking for them, but you have to really want it.”