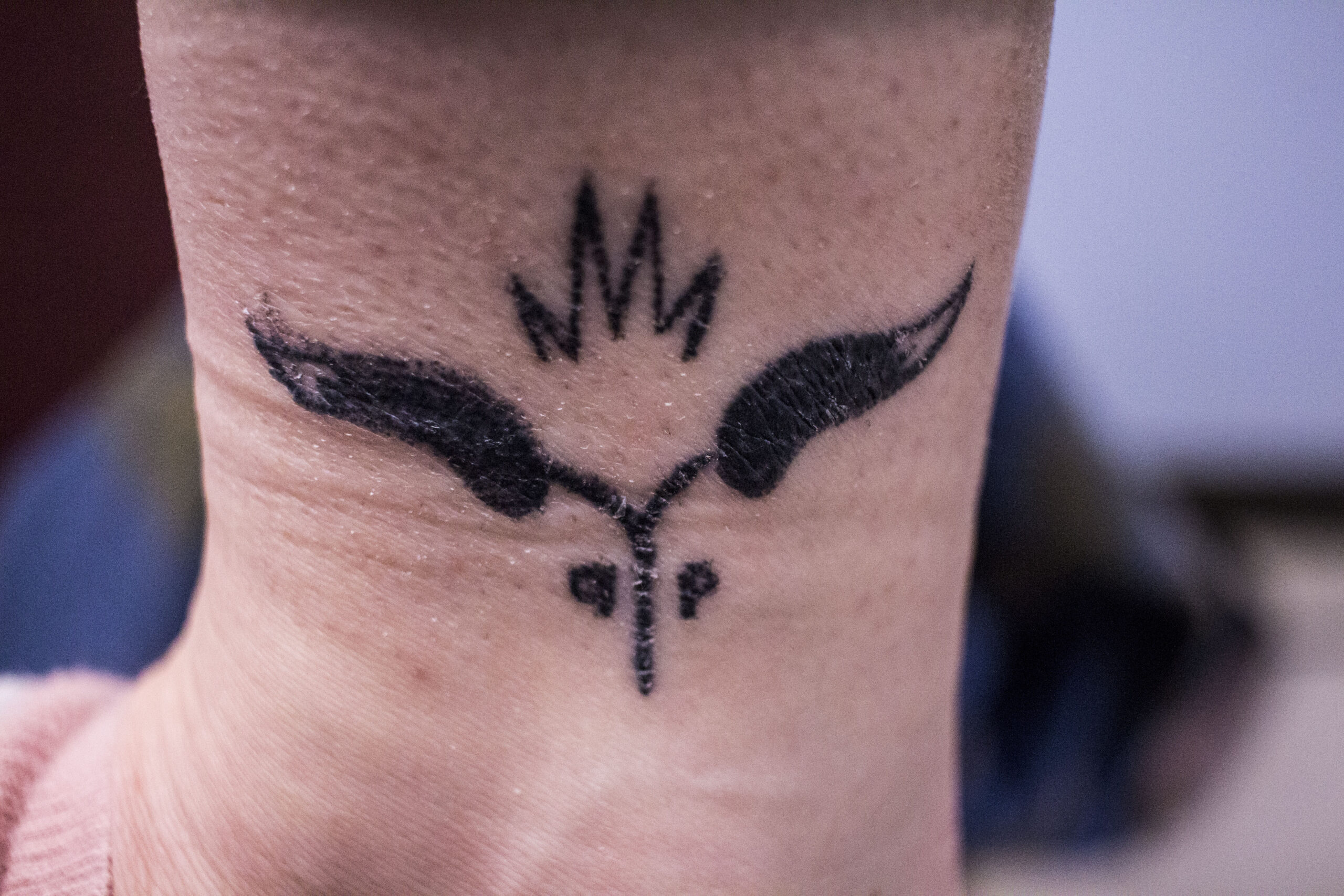 Emily DiPaola, a third year student at The University of Rhode Island, is a stick and poke pro, seeing no end in sight for future tattoos.

DiPaola has gotten three stick and poke tattoos, one each year since she was eighteen years old.

The first tattoo DiPaola got was a small circle on the inside of her hand which is paired with three dots on her finger. DiPaola said that both times she got the tattoos on her hands, she was at parties and her friends were doing them for other kids. She decided that she wanted something because she thought that they looked cool.

“Neither of them have any meaning,” DiPaola said. “Sometimes if people ask and they’re really looking for meaning, I’ll tell them that it’s Saturn and it’s three moons.”

DiPaola said that this interpretation of her hand tattoos are based on a time when she was looking through a telescope at Saturn and saw its three moons super clearly. As she saw the planet and moons, a shooting star passed by.

“I thought that could be a meaning afterwards but it’s not really what I had in mind,” DiPaola said.

While the circle and three dots on her hands are more visible, DiPaola said that the majority of the people that end up asking her about them tend to be boys in fraternities.

“It’s really funny and I don’t know why, but they usually are really expecting something, but they’re just three dots and I think they look nice with my rings,” DiPaola said.

Two summers ago, DiPaola got her second tattoo, fish bones on her back.

“That’s just a tattoo that I’ve wanted since I was 15 and I don’t really know when the idea came to me, but I think I was embroidering shirts and I did some fishbones and I was like, oh, that’s cool,” DiPaola said.

After embroidering it, DiPaola stated that she thought to herself that perhaps she could get it tattooed on her one day.

“They say to wait a year before you get a tattoo and I got it done when I was 19 and so I feel like four years was pretty good wait time,” DiPaola said. “My friend did that one for me while I was on Star Island and we were just in her room and playing cards as she did it.”

DiPaola got her most recent stick and poke, two bulls to represent the astrological sign of Taureses, a few weeks ago, as a tribute to her best friend who recently passed away.

“The one on my ankle is two Tauruses colliding heads because I’m a Taurus, and my best friend who recently died was a Taurus,” DiPaola said. “We had always talked about getting matching Taurus tattoos so I just got two bulls, one for both of us.”

DiPaola said that she has always gotten stick and poke tattoos because she likes the vibes and atmospheres behind getting them opposed to ones done in a tattoo studio.

“I always get stick and poke tattoos because I think it’s fun when your friends do them for you,” DiPaola said. “It’s just a good setting and they’re usually kind of random, I never know what I’m going to get.”

While DiPaola does not currently have too many plans for more tattoos at the moment, she believes that she will most likely stay with the theme of stick and poke tattoos. because she likes the more intimate approach for herself to appreciate.