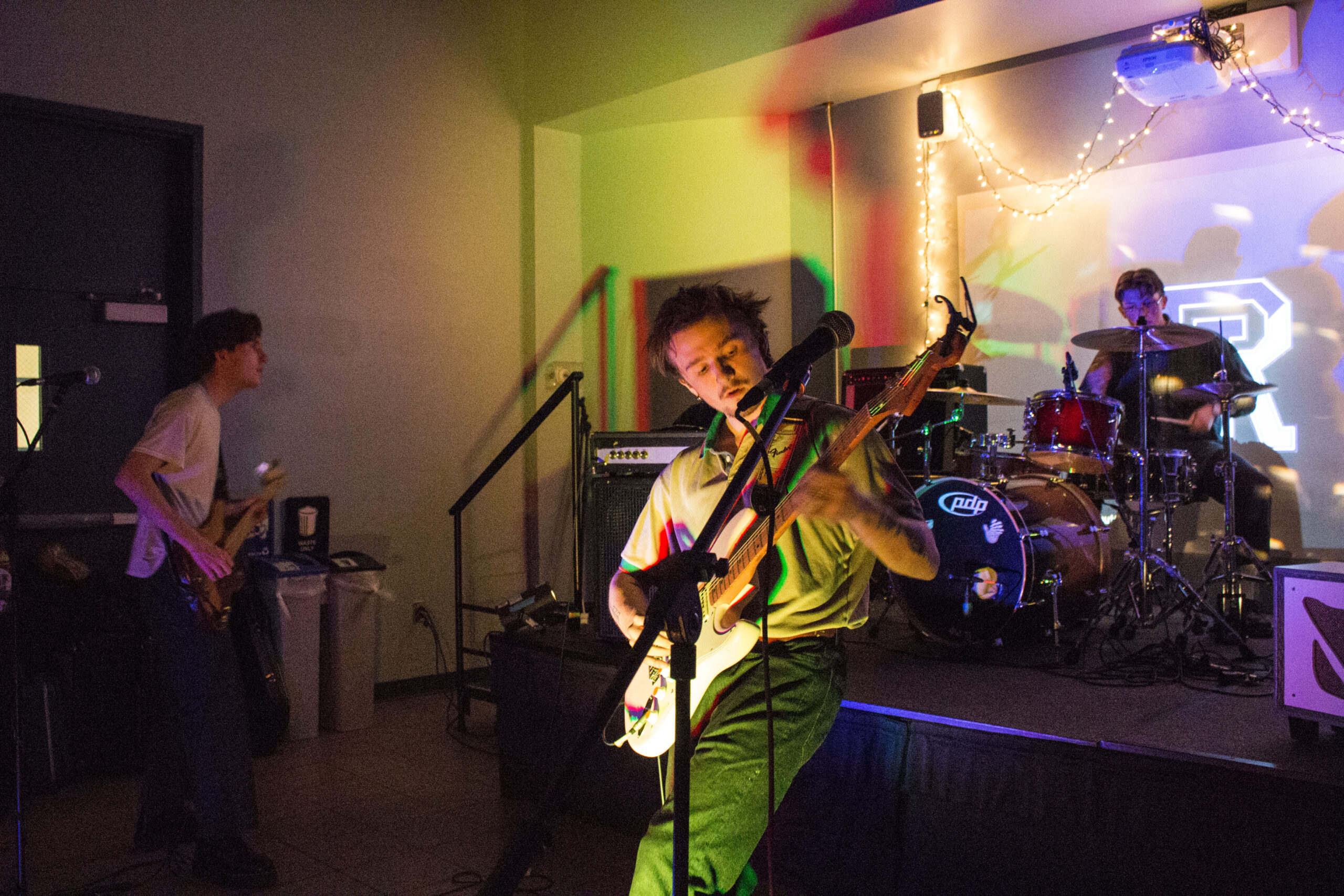 The band “Cavalier” (above) was one of three that performed during the Music Guild concert. Photo by James McIntosh.

After the unexpected cancellation from the band The Obsessives just a few hours before their concert last Friday night, Musician’s Guild pulled a few strings and still hosted three bands for a crowd of over 60 people.

Musician’s Guild Treasurer Riley Hunt said while finding The Obsessives wouldn’t be able to make it was upsetting, the club was able to turn it around right away. He said since The Obsessives are a more well-known band, the other bands they invited to play were free so they could afford to hold the concert. After The Obsessives had to cancel, they decided to also make admission to the concert free.

“We already had Cavalier and Jiddo playing, and we can’t thank them enough for sticking with the show,” Hunt said. “And Chip is kind of a combination of members from both of the bands, and they said that they could play so they came down too.”

Hunt said that while the lineup had to be altered, he was still hopeful that the concert would have a good turn out, as their other events usually do.

“I’m really looking forward to all of the bands,” Hunt said. “The crowds here are always great. I think it’s going to be a really good turnout too. I’m just looking forward to seeing everyone have a fun time and get to let loose a bit.”

The concert began with Jiddo, who played songs from their debut EP such as “Jesse,” written about the character from the show “Breaking Bad.” They also stopped throughout their set for some political commentary, which was received with clapping and cheers from the audience.

Chip took the stage next as a last-minute replacement for “The Obsessives” with a more mellow set. That didn’t stop the audience from crowd surfing some members throughout the first few songs.

Sophomore business student Michael Norwich was excited to hear the bands and see the crowd’s reaction to each of them.

“Chip definitely had the crowd going,” Norwich said. “But, I’m definitely excited to see what the rest of the bands have in store for us.”

The last band that performed was Cavalier, a rock band with a louder set. In between each song, the lead singer Austin DiMatteo spoke to students about his time at the University of Rhode Island, as he graduated last year.