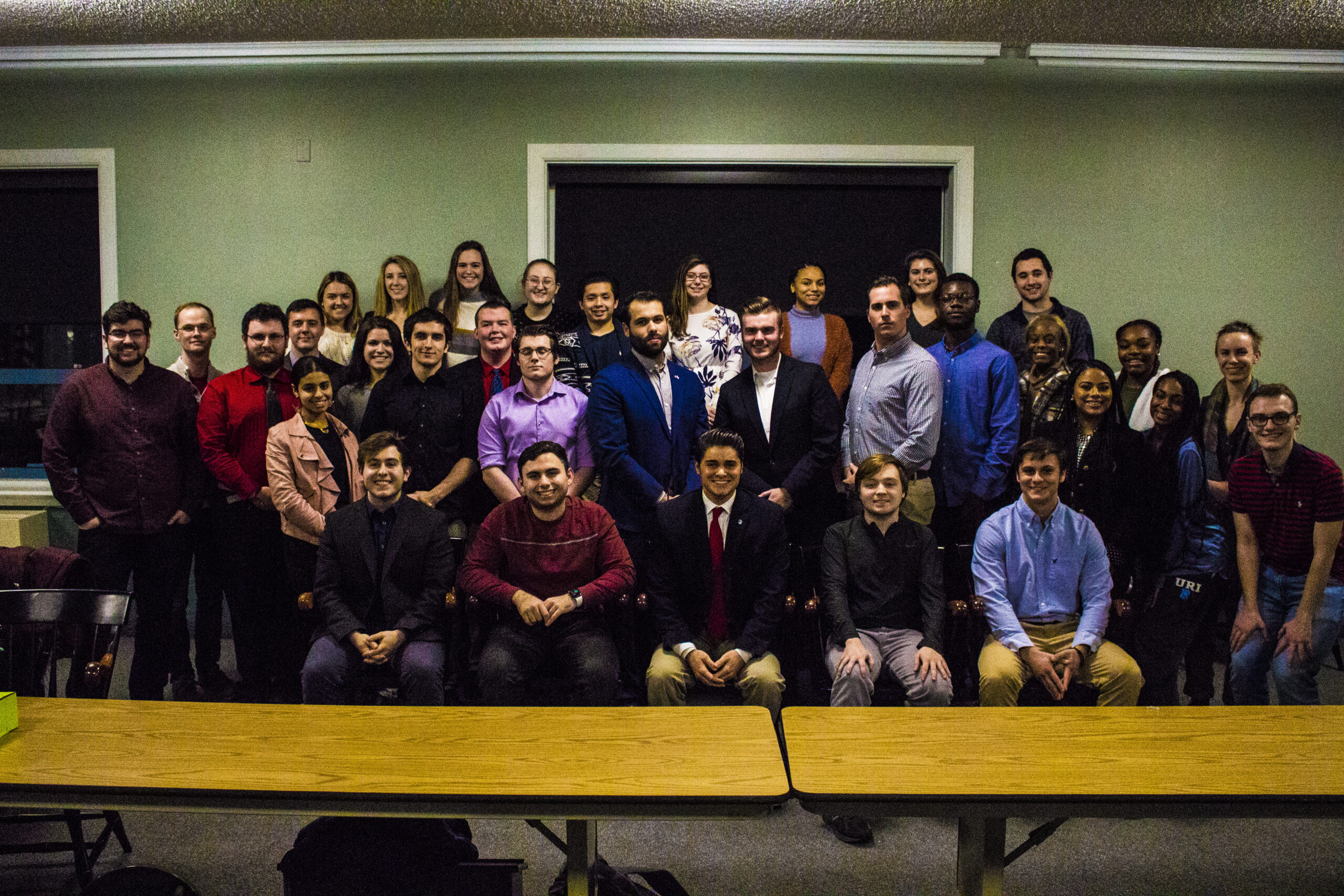 In their first virtual meeting since the University of Rhode Island’s COVID-19 shutdown, the Student Senate discussed internal elections, the budget for the 2020-2021 year and the re-recognition of student organizations.

The meeting opened with reports from the election committee. Senator John Morabito said that elections were essentially completed and everyone that had been elected had been notified. According to Morabito, while some seats remain empty, he suggested that the Senate wait to fill them until the fall elections.

“Just want to remind everyone to keep [up] your social distancing,” Bagley said. “Wash your hands, don’t touch your face, try not to go outside.”

In her report, Osgood said that dining plans can be cancelled until April 3 and the Counseling Center is holding virtual meetings with students.

The Senate nominated individuals for internal positions, as elections are scheduled for next week.

According to Co-Chair of the Treasury Annabel Cimbal, the stipends were determined based upon the amount of work each position does in and outside of office hours.

“The President, per the bylaws, we dropped it so much because we said that the President doesn’t do a lot more work in comparison to the [Director of Treasury] and [SOC Chair], but they still do more work, which is why the 25 extra dollars is justified there,” Cimbal said. “However, this all still needs to go to the court and they need to approve all of this, which they have so far.”

Debate also arose around issues of the Interfraternity Council (IFC) and the Panhellenic Council, as they failed to provide bank statements to the Senate, yet are still requesting $15,000 of funding.

A motion to strike IFC and the Panhellenic Council’s $3,000 recommended budget and instead reward them both with a reduced, standard financial package was made, but ultimately rescinded.

The re-recognition process for eligible student organizations was also introduced and will be voted on at next week’s meeting.

A bill to approve the recent election results was also put to the floor and will be voted on next week as well.

University moves to remote learning for rest of semester