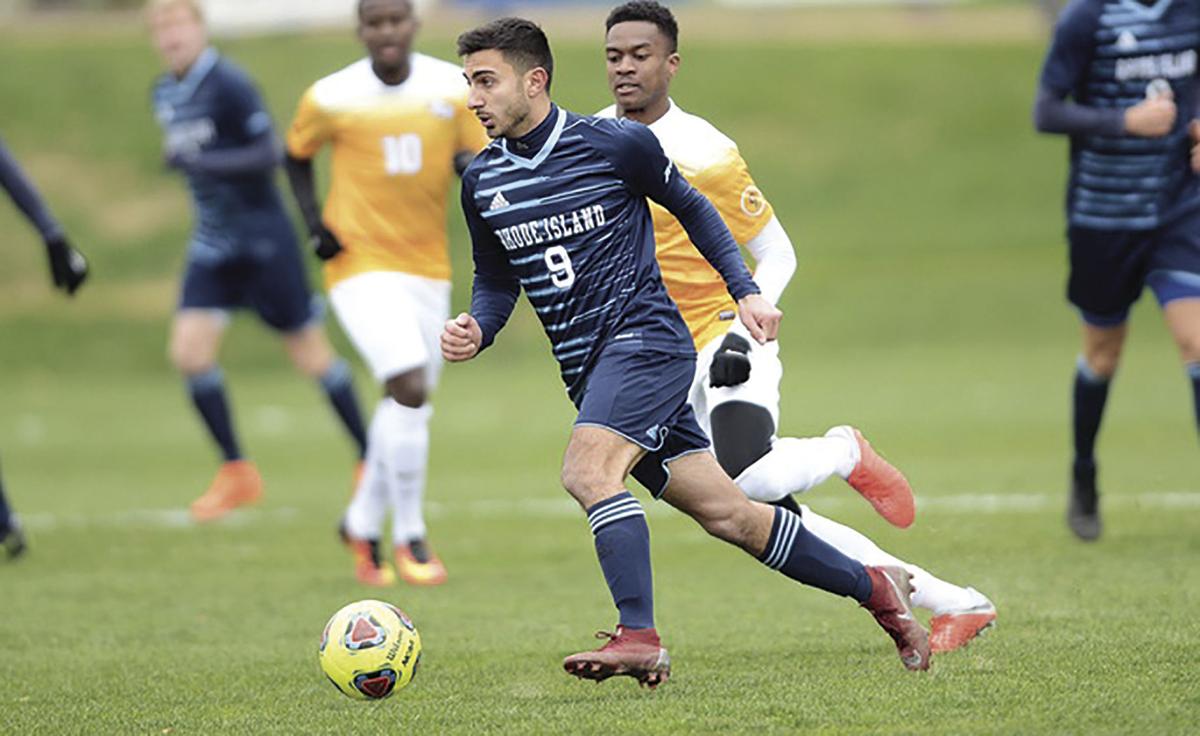 Charleston, South Carolina is not much different from Kingston, Rhode Island. Both locations are close to the Atlantic Ocean, and both places are used to seeing Stavros Zarokostas score goals.

The former Ram finished up his sterling career at the University of Rhode Island last November, scoring 28 goals and registering 17 assists during his four years. His 73 points were the most by a member of the program since 2007, and he finished his career 12th all time for points.

Zarokostas now plays for the Charleston Battery in the United Soccer League Championship (USLC), the second highest division of professional soccer in the United States. The native of Coventry, Rhode Island has scored five goals in 15 appearances for the Battery this season, the third-most on the team. He believes the impact on the statsheet is not due to individual effort.

“Something similar from Rhody to here is that I have a lot of good players around me,” Zarokostas said. “They’re able to give me great service. I don’t think I am doing that much to score these goals, I am just getting into good positions and getting good service.”

“We’re delighted for him,” Elliott said. “He has had to work extremely hard to get this opportunity. He had to work hard to develop his game in order to be successful at the next level, and he has had the kind of start to his pro career that will hopefully continue for him.”

Zarokostas was drafted 62nd by the New York Red Bulls last December in the 2020 Major League Soccer SuperDraft, becoming the first Ram selected since U.S. Men’s National Team Member Geoff Cameron in 2008. After training with both the first and second teams, Zarokostas was not offered a contract heading into the 2020 season. His agent directed him to go down south, a match that boded well for the winger.

“It shoots your confidence a bit,” he said on leaving the Red Bulls. “Luckily the guys have been amazing and help me fit in. Not just on the field but off the field.”

Zarokostas said the Battery’s style of play was a big reason why he has hit the ground running in Charleston. He enjoys playing with a team that likes to play quick, not too dissimilar to when he was at URI. While the level of play might have increased, to Zarokostas, it’s still just the same beautiful game.

“I don’t think it is a drastic-level change,” he said. “Obviously it is a lot cleaner and a lot sharper, but the fundamentals of soccer stay the same.”

The basics have been on full display for #16, with his five goals being a big reason why the team made the playoffs in the USLC’s abbreviated season. The league did not resume play until late July, and Loudoun FC had to cancel the rest of their season last month due to a team-wide outbreak of coronavirus. Zarokostas said all players in the league get their temperature checked every time they step onto the field, along with weekly testing.

The former Ram was all over the league’s social channels for a moment of individual brilliance against The Miami FC. He earned the USLC’s Goal of the Month for the play that may not have had the sexiest of backstories.

“To be completely honest when I got the ball I was really exhausted,” he said as his face lit up underneath his mask. “I usually wouldn’t shoot from there. The ball came to me, and I was just like ‘I’m just gonna shoot.’”

He just slowly rolled the ball from the bottom of his foot forward and he put some spin and height on it.

“It’s a shot that nine times out of ten doesn’t go in, but it felt so good to make it in during the game,” Zarokostas said.

For Coach Elliott, it’s just another example of what makes his former player standout amongst his peers.

“He has that ‘it factor’ a lot of guys from college soccer don’t have,” said Elliott.

Zarokostas and the Battery are in the USLC Eastern Conference Semifinals, where they will take on Tampa Bay Rowdies for the fifth time this season on Saturday night. Even with a team full of experienced pros, the rookie from Kingston is proving once again just how much of a force he really is.