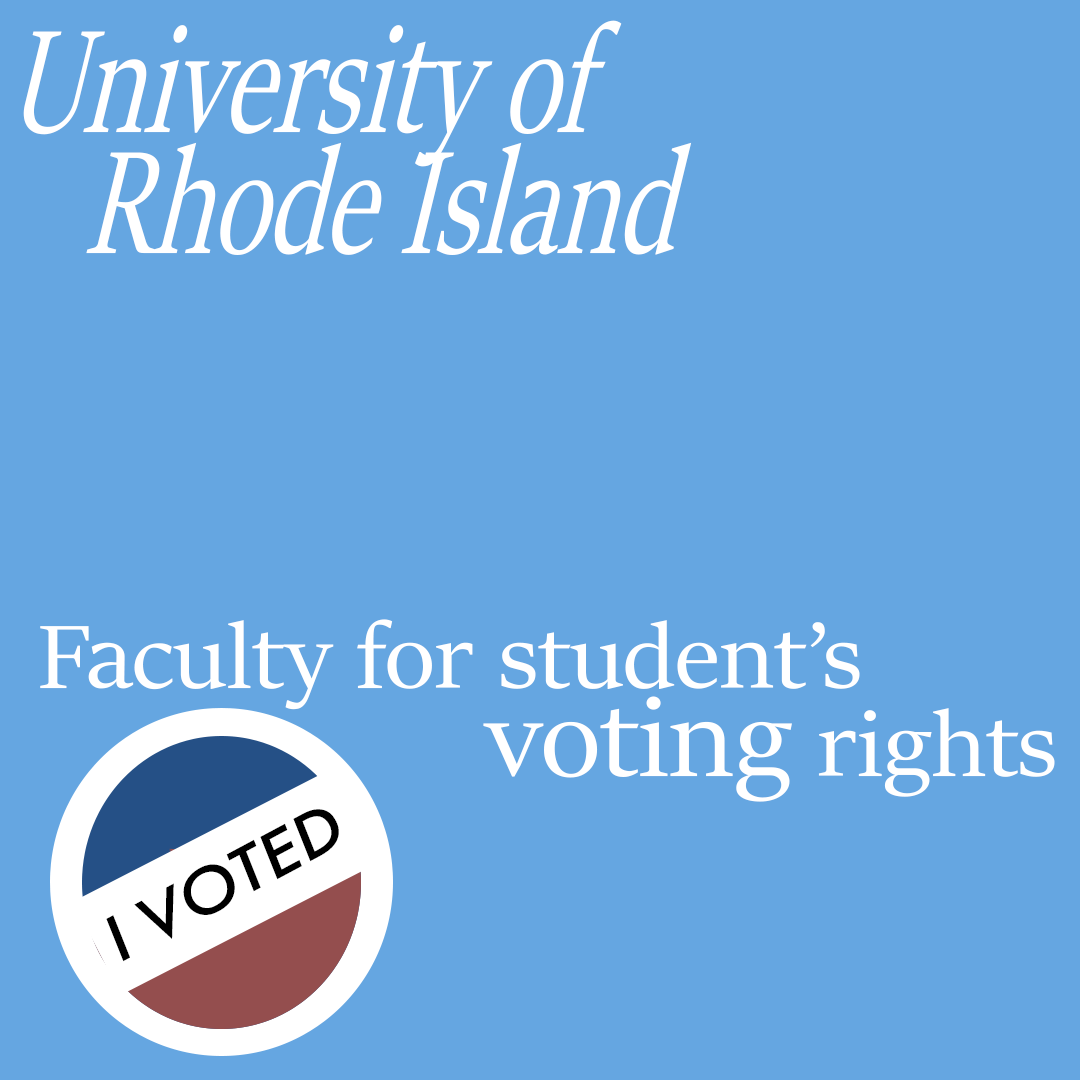 At the beginning of this semester, two professors took the initiative to join the national organization Faculty for Student Voting Rights (FSVR) on behalf of the University of Rhode Island.

The FSVR is a non-partisan organization that has university faculties pledge to create an environment for students to be able to obtain information and express their own unbiased political opinion. This helps students take part in democracy and have a say in the future of this world through voting.

One mission of the URI committee was getting President David Dooley to sign the “All in Voters Pledge.” This would mean he supported making student access to voting and information about elections as easy as possible, as well as getting as many faculty members involved in this task as possible.

“We’ve put lots of information on the URI library website,” Mark said about the organization. “Part of getting all [of] the faculty involved in this is so that students don’t feel like they’re bombarded with [voting] information. We want to make getting and accessing this information as easy as opening an email.”

One thing that the University has been doing in order to help students form their own opinions about the election has been hosting watch parties for the presidential debates held during this election season. Due to the coronavirus pandemic, these parties have been virtual, but according to Mark, the lack of in-person events isn’t always necessarily a bad thing.

“On Thursday’s debate our livestream had 200 viewers,” said Mark. “This is probably partly because no one had to travel any large geographical distance to come to the viewing party. I doubt we would have had 200 people show up if it had been an in-person event.”

Another unique situation that has been caused by the pandemic is that this year, faculty members are actually encouraged to give students information and motivate students to volunteer to become workers at the polls.

“Usually elderly people will volunteer to work the polls, but that isn’t encouraged this year because of the pandemic,” said Betensky. “Working the polls is a paying job and students should volunteer if they can. It’s very inspiring to work at the polls. There’s so much that can make you cynical, but apart from the actual election, it’s so nice to see people who care about the common good and are doing something for everybody.”

Betensky and Mark want to emphasize to students that the FSVR organization and faculty members are not trying to sway students to think one way or another, but are just trying to inspire them to come up with their own ideas about what kind of a world they want to live in. They also want students to know that if they do not have the same political beliefs as their friends or family members, that’s okay, and that they should still be able to exercise their democratic right to vote.

“More than anything, we just want students to get out and vote,” Betensky said. “The goal is for everyone to make their own decisions with as much information as possible. I want to live in a world my students shape. I have a lot of faith in their intelligence.”