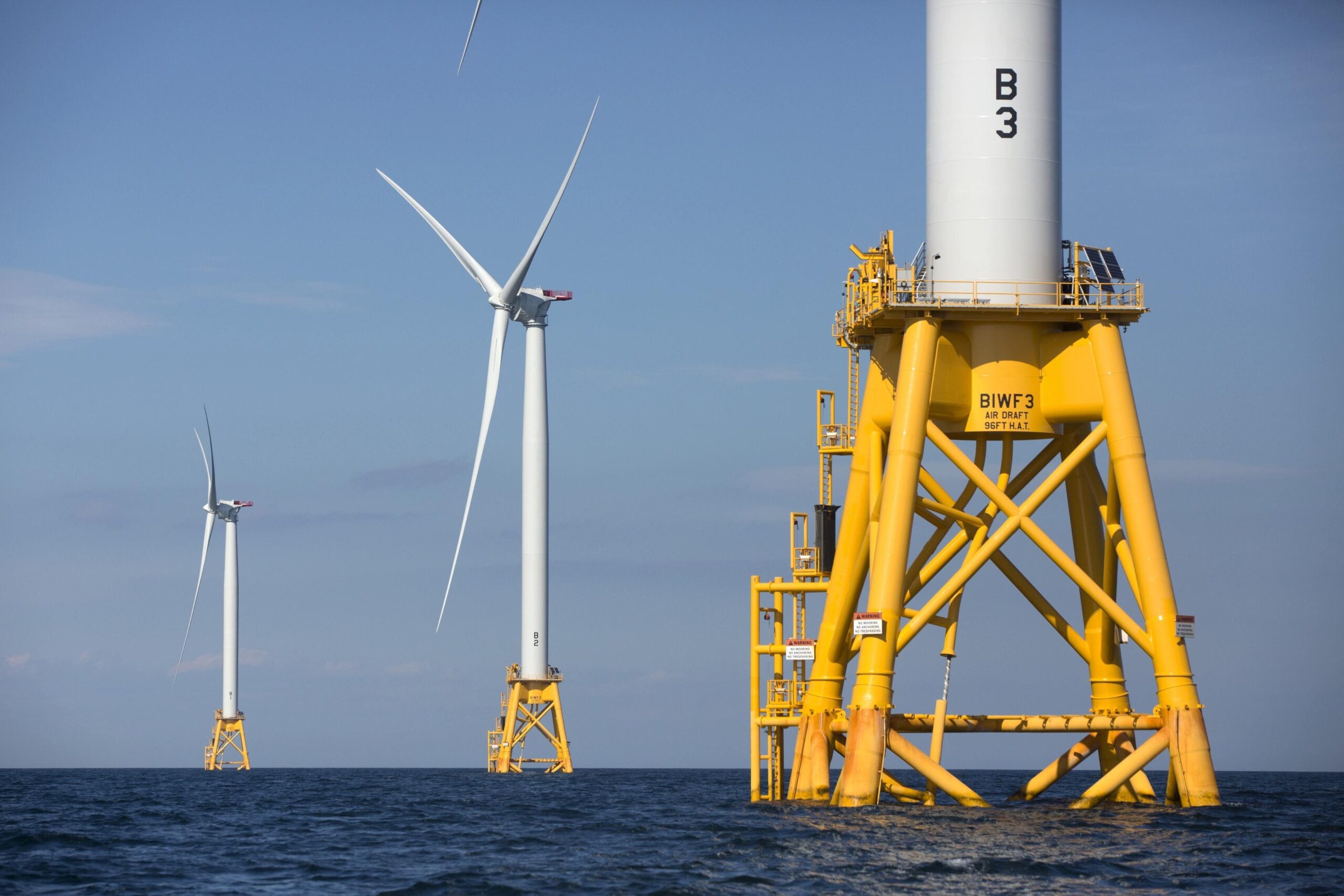 “We need to create this safe, clean, and reliable source of energy,” said Wayne Cobleigh, vice president of GZA GeoEnvironmental, an environmental management company. “The people and the planet need it now.”

In a prepared video, Rhode Island Gov. Gina Raimondo highlighted the accomplishments of offshore wind energy in Rhode Island. The state has become home to the nation’s first offshore wind farm and has been home to many clean-energy companies, according to Raimondo.

“I set a goal for Rhode Island to become the first state in the country to be powered by 100 percent [renewable energy] by 2030,” Raimondo said. “It’s bold, but we can do it, and we need the offshore wind industry at the heart of it.”

“We have world-class wind on both the East and West Coast,” Bennet said.

A buildable environment is made possible on the East Coast due to its shallow sloping ocean shelf, according to Bennet. He also called the market for offshore wind energy “tremendous” here, including areas between Washington, D.C. and Virginia and up through Massachusetts.

According to Commissioner of Connecticut’s Department of Energy and Environmental Protection Katie Dykes, Connecticut Gov. Ned Lamont committed the state to meet a 100 percent zero-carbon electric grid by 2040 through an executive order. Dykes said Connecticut is well on its way to meeting this goal.

“Recent commitments to offshore winds make up a really critical part of our state’s progress,” she said. “Like many of our sister states in New England and around the country, we have a statutory goal to reach 80 percent reduction in our greenhouse gas emissions economy-wide by 2050.”

Representatives from Maine and Massachusetts also spoke on behalf of their progress.

The next segment of the program was moderated by Co-chair of the Environmental Business Council Conference Nathalie Schils. This panel featured wind farm developers and leaseholders from New England.

Sophie Lewis, a representative of energy companies Ørsted and Revolution Wind, discussed how offshore wind has affected Rhode Island. Ørsted has partnered with Eversource, a New England-focused energy company, to create Revolution Winds, according to Lewis.

“We are delighted that [Ørsted] operates America’s first offshore wind farm on Block Island,” Lewis said. “One of the key investments we are making is on the Innovation Hub in Rhode Island. We have an intent to deliver good, local jobs [with Revolution Winds].”

The Innovation Hub in Providence is the first North American hub for Ørsted. The Hub is a space designed for collaborative work to promote energy conservation and the environment. This investment was also highlighted in Raimondo’s remarks.

“This has been our first virtual offshore wind program and there were over 150 people on at one point,” Cobleigh said in his closing remarks, “so we know that there’s a lot of interest in this.”