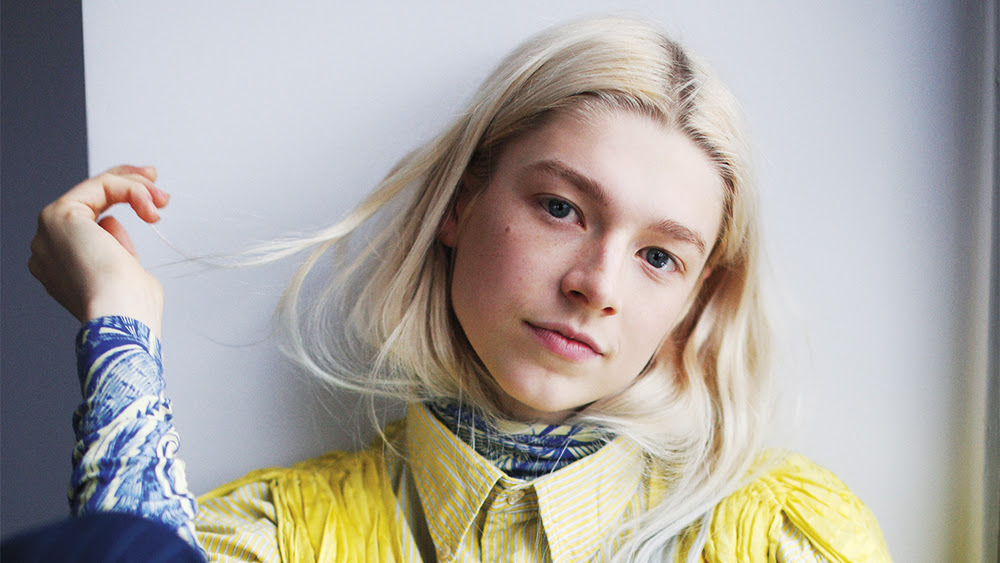 Moderated by alumnus Shawn Antoine III, Schafer talked about her beginnings, how she started modeling and acting and her life now that she’s reached fame through HBO’s “Euphoria,” as he officially welcomed her to the Rhody family.

Schafer said that she initially moved to New York City to attend college for fashion design and began modeling on the side as a way to financially support herself. While she was inspired by many of the designer brands she later began modeling for, such as Maison Margiela, Rick Owens and Miu Miu, Schafer said that she never believed it would become more than a side gig.

While her career with acting and modeling takes up much of her time now, Schafer said that she would still like to go back to designing and fashion at some point in her life. She noted that fashion was a positive creative outlet for her, especially when she was figuring out her gender identity and transitioning.

“I’ve always had an intimate and special relationship with clothes in general because they were really my first vehicle to actually express who I was,” Schafer said. “When I’m wearing something that resonates with how I feel inside, it’s a really special feeling that I think I continue to chase after.”

Through a series of what Schafer called “a really good sequence of good lottery winnings,” she was introduced into the acting scene through her debut role as Jules in “Euphoria.” Most recently, Schafer starred in and co-wrote, co-executive produced a special episode titled “F*ck Anyone Who’s Not A Sea Blob” with the show’s creator Sam Levinson.

While she had no experience with acting previous to “Euphoria,” Schafer said that she had the right people to mentor her through it, which has been an amazing experience.

Schafer also shared advice for students who are trying to find their path in life, and said that she believes that it’s important to remember where and how one finds joy and love in whatever they’re doing.

“Especially as you start working in these industries, it’s easy to get swayed or swept up into the weird money stuff, which is what the industry is, but stay in tune and keep making art for yourself that you’re not trying to sell or monetize or market,” said Schafer.

Aside from acting and modeling, she also has been a proponent for activism, especially in the transgender community as a trans woman herself. Though she did express a struggle with the term activism given her newfound celebrity status and belief that activism is a full-time job.

“That community is one of the most vulnerable in this country, I can’t even imagine how unsafe it feels sometimes and how neglected that community can feel,” Schafer said. “Even in the midst of a movement that’s supporting or trying to progress rights and opportunities for a part of them to make sure all of them are supported not just their blackness being isolated as something that’s uplifted but also their transness and queerness, to make it as intersectional as possible.”

At the end of the discussion, students who had submitted questions to the SEC were chosen to come on screen and ask Schafer their questions.

One question revolved around LGBTQ+ representation, to which Schafer said that she believes is very important and that the intimate connection one can form with a character through film or TV shows can help one develop themselves.

“I think I found out what being transgender was, or even what being gay was through Google searches on the internet which brought up a weird agorithim based selection of answers,” Schafer said. “That kind of connection with even someone who is just a character is invaluable and I wish I had that, I think it’s extremely beneficial for anyone who is a part of that community.”