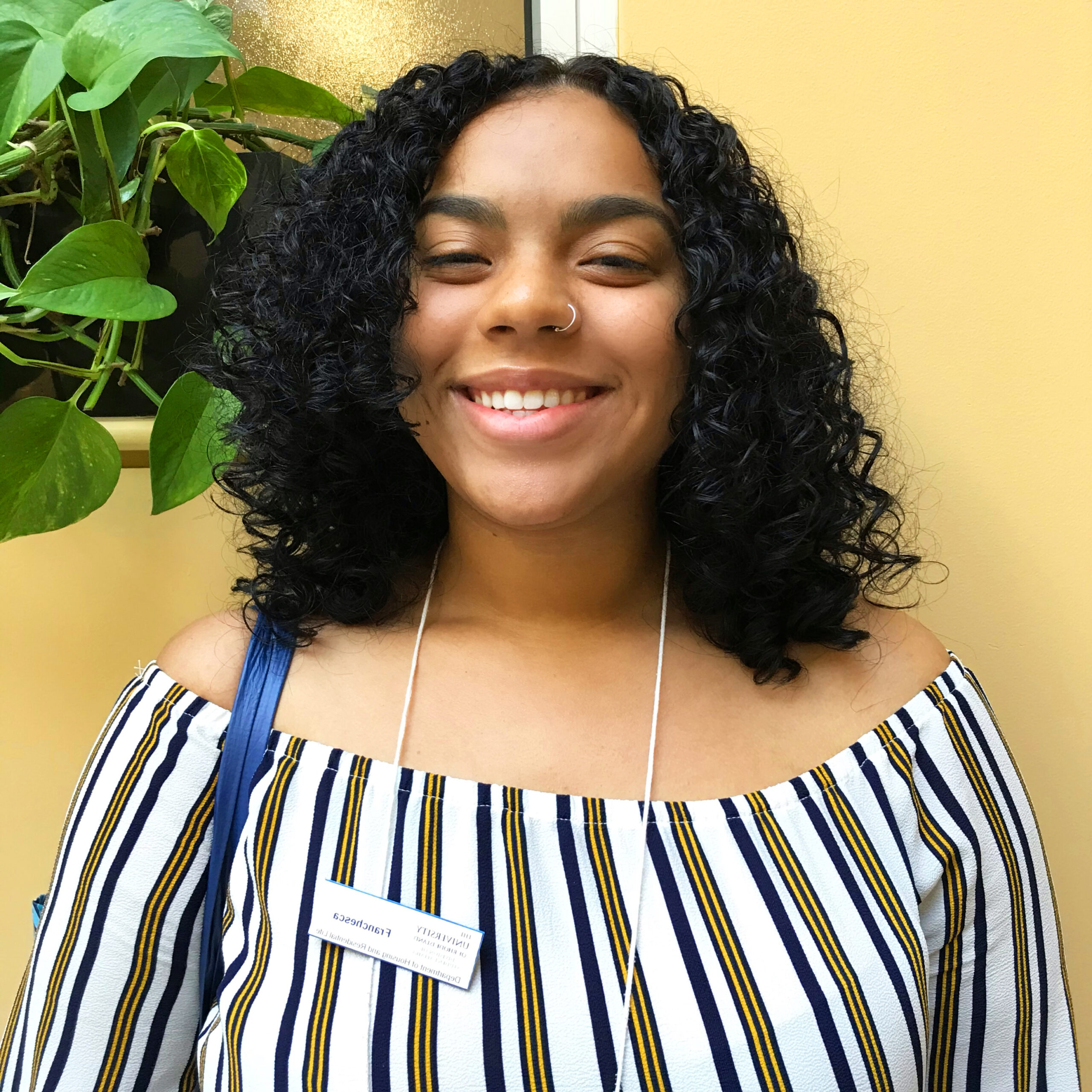 Getting a college degree is no small feat for most people, but getting three degrees as a first-generation student of color within three years is an even more impressive feat.

Franchesca Campos is that student: a first-generation college student approaching her final semester of college an entire year early, with a triple major in sociology, writing and rhetoric and Africana studies.

Coming into her freshman year at the University of Rhode Island, Campos was not yet sure what she wanted to major in. She said that it took some trial and error to get to where she is now.

“I was on track to become a criminal psychologist, that’s what I wanted to do at first,” Campos said. “But, after some time and consideration, I thought that criminology wasn’t really for me.”

Following her time as a criminology major, she tried psychology, which she said wasn’t for her either. She eventually switched to sociology, which she has felt the most comfortable in. Campos said that she has always loved writing, which is why she ended up taking writing and rhetoric as a second major.

“I loved writing since I was a kid, so I told myself that I’d pick it as a major regardless,” said Campos.

According to Campos, she had already taken many courses in the Africana studies department, which led her to take it as her third and final major.

While being a triple major is hard enough, it has been complicated even more by Campos being a first-generation college student. Campos felt as though she had to make connections with as many people as she possibly could, and overall had to showcase herself.  She attributed her success to networking.

“I have to go out and find my own resources, and really just kind of network because I didn’t have any proper connections coming here,” Campos said. “I would definitely say it’s been hard, but it created the character that I have today.”

Through her time at URI, Campos has been involved in the Women in Law Society. She said that she met a lot of women of color in the organization who are looking to go into the field of law. According to her, the program made her feel more comfortable at URI because she was able to meet a lot more people who were on a similar path as she was.

On top of this, she has also been a part of the Talent Development Program at URI, which has had a big impact on her college career.

“Every time I’d go in with a problem, I didn’t feel like a burden like most college students do,” Campos said. “They were always there to help me and just made me feel like a part of the community, which I liked because sometimes not knowing that many people. It’s kind of hard to fit in.”

She has made a good impression on those she has worked with during her time at the University, such as Kevin Smith, her mentor in the Talent Development Program.

“I could tell that she was like a sponge,” Smith said. “She wanted more and more information and I quickly realized that I should suggest a double or triple major [and] putting her in contact to be involved in different things on campus. Once I mentioned everything, she took and ran with it all.”

Even though Campos is triple majoring, she is still on track to graduate an entire year early on the pre-law track. She said she was able to graduate early by taking advantage of summer and winter classes. After graduation, she is hoping to attend law school to become a civil rights or human rights lawyer.  Even though what school she will be attending is still up in the air until she takes her LSAT test, she says that Howard University is one of her top choices, because it is a HBCU (historically black colleges and universities).

She also hopes to become an author on the side and after she retires, she wants to teach.

“I would love to take all that I’ve learned and all my experiences and share that with other people,” Campos said.

Outside of her studies, some of Campos’s favorite pastimes include reading and listening to music. She also enjoys going on runs and also likes to do word puzzles during her free time.

“I collect a lot of first edition books to make a part of my collection,” Campos said. “I listen to a lot of music and I like to collect jazz records.”

After taking her LSAT test, Campos plans on applying to graduate schools to keep pursuing her dream of being a lawyer.