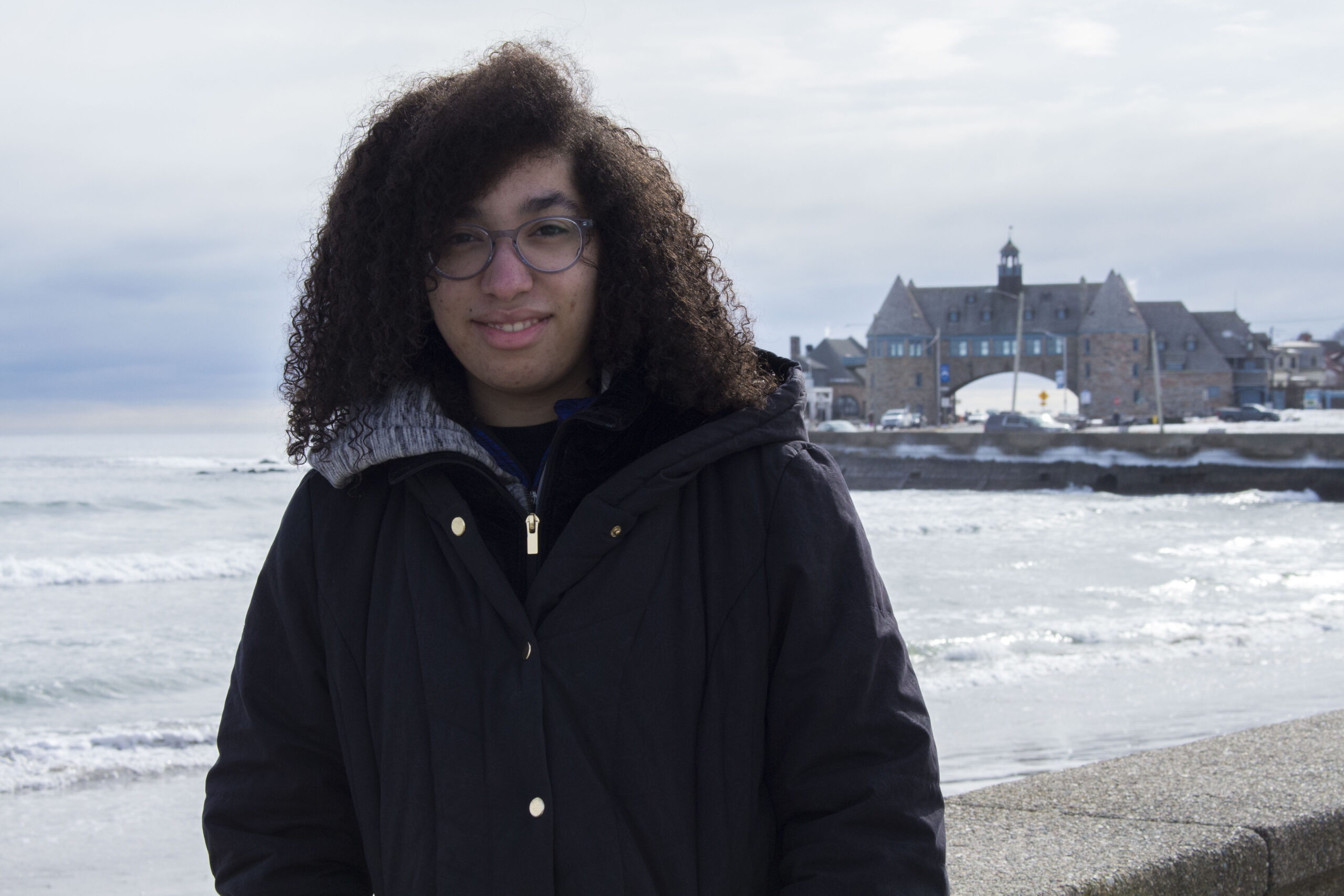 Imagine being a movie or theater critic when both are shut down. This has been the reality of the Cigar’s Entertainment Editor Kayla Laguerre-Lewis during COVID-19. Photo by James McIntosh.

On April 28, 2020, I was elected the new entertainment editor of the Good Five Cent Cigar, just over a month into the pandemic. I received the news as I sat alone on campus, unsure of what the state of entertainment would be like when fall came around.

I have spent my entire junior year in this position and hope to be reelected next semester. Before joining the Cigar, I always had an interest in entertainment journalism and writing but was unaware that there was a name for it, or even a career path. As an aspiring reporter, I found myself constantly going to events, from Student Entertainment Committee concerts and lectures to University of Rhode Island theatre productions to performances organized by the Musicians Guild.

When the Fall 2020 semester began, all of these events were put on hold.

I would look through the URI events page just desperately hoping someone had managed to do something virtually, something to get both our new and seasoned reporters excited and to keep our section fresh and relevant. To the credit of the University, many departments and organizations did their best to adapt to the pandemic and keep students entertained. In my role, I did my best to make sure that the Cigar did the same.

When I first started writing for the Cigar, we had an entertainment editor named Kayla; same name, different person. Kayla Michaud immediately took me under her wing and by the time the position was transferred to me from her, I knew I had big shoes to fill. She had pretty much singlehandedly transformed the entertainment section from one struggling to fill a page to one overflowing with pitches and stories. Both myself and the Cigar as a whole are forever indebted to her for that.

A lot of that confidence I initially had from all of Michaud’s guidance and wisdom faded when I realized I was going to be taking on the position in an unprecedented time that was impacting entertainment and entertainment opportunities. Yet, my passion always remained.

I pulled out as many URI and industry-wide events as I could and was (and still am) constantly thinking of new columns to create and ways to improve the section. It wasn’t easy, and I wasn’t perfect. That first semester was certainly a learning curve, but looking back on this past year, I feel good in saying that I did my best, and the section has thrived.

A lot of the credit is owed to my fellow editors for their constant support and help and all of the organizations and departments who remained as committed to entertainment in a time where it seemed nearly impossible. The biggest shoutout and thank you must go to my amazing and growing reporters for consistently meeting and rising above any and all expectations I set for them.

For me, there’s nothing like being able to walk into the Memorial Union, the Ryan Center or Robert E. Will Theatre and for a few hours just take in the energy around me and be entertained. I’m fortunate and grateful to have made many memories provided by the University and the Cigar that I’ll never forget.

With the SEC putting on their first virtual concert this past weekend and URI Theatre preparing to release their first filmed socially-distanced mainstage production, big steps are being made toward creating that entertainment environment that I’ve longed for over this past year.

My hopes, as this semester closes out and I look forward to the next one, are to be back and ready, in those venues, in those seats, as safely as possible. Whatever may happen, I know the section will continue to grow and improve; after all, we could all use a little entertainment right now.