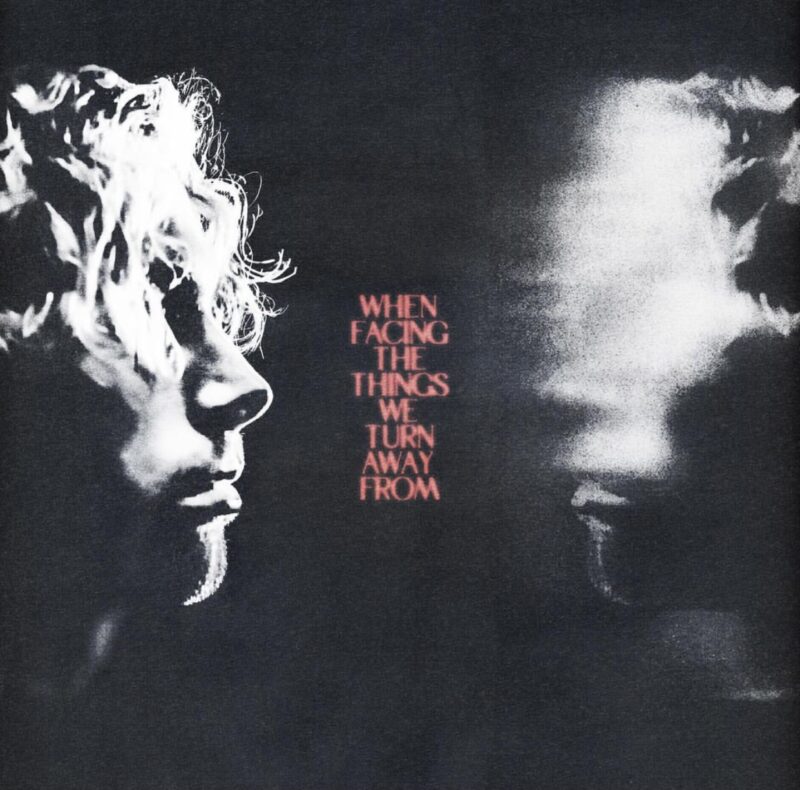 Luke Hemmings, the lead singer of pop band 5 Seconds of Summer, released his first solo album titled “When Facing the Things We Turn Away From” on Aug. 13. And he killed it.

5SOS fans, like myself, were both shocked and excited when Hemmings announced a solo album in June. As a die-hard fan, I could not have been more excited to hear what style Hemmings would embrace on his own, and how that compared to his previous works as a member of 5SOS.

The album starts off with his first single, “Starting Line,” which provides us a taste of what to expect from the rest of the tracks. The lyrics are mature and relatable, talking about growing up and feeling as if you’re “running out of time.”

Being a fan of Hemmings since 2014, I feel like I grew up alongside him. It’s fascinating seeing his lyrics mature since then, and it’s even more exciting seeing how I continue to relate to them as I get older, too.

The following track, “Saigon,” features the album title within its lyrics. This song gives me vibes similar to Harry Styles’ solo work. “Saigon” has a groovier beat than “Starting Line,” and it’s nice to hear the contrast between the two when listening to the album.

“Motion” is catchy and upbeat, kicking off with a guitar intro, which I love, that carries throughout the song. The lyrics follow the same theme of the last two songs – growing up, figuring out who you are and dealing with feelings of loneliness and self-doubt. As I said, overall it’s super relatable and introspective.

“Place In Me” starts with Hemmings softly singing, almost whispering. This immediately excited me, because I always tend to favor the lowkey, sad slow songs on albums. This song highlights regret after an argument with a loved one. It’s poetic, melodic and beautiful; definitely my favorite so far.

“Baby Blue” is very similar to “Motion” in my opinion, but with a more melancholy sound. It features the same range of vocals from Hemmings, and sounds similar, making it underwhelming because it makes you feel like you just went backwards on the album instead of forwards. But, as a whole, I still enjoy the song.

Oh, how I love the acoustic guitar. The tune of “Repeat” gives me some nostalgia to 5SOS’ 2014 hit “Amnesia.” The song itself is sad and soft, and the lyrics talk about seeing himself through the eyes of his lover. This song, again, reminds me of Harry Styles – similar to “Meet Me In The Hallway” from his first album.

Best. On. The. Album. I laughed a little when I saw that Hemmings had a song called “Mum,” sinc him being a “mumma’s boy” was always a running joke between the members of 5SOS and the fandom. But this masterpiece? NOTHING what I thought it’d be. The chorus features a harmony that hasn’t been heard on the album at this point. It’s intense, it’s melodic and it has amazing contrast between the verses and the chorus. The song sounds like it was recorded in an empty church as his voice echoes through your speakers and tugs at your heartstrings.

Right off the bat you can tell that “Slip Away” is going to have a different, more sad tone than the rest of the album. The lyrics stuck out the most to me than any other song, discussing fears of loved ones leaving once they find out about mistakes you’ve made. It’s heavy and raw, and captures Hemmings’ emotions perfectly.

“Diamonds” has a bit of a faster tempo than the rest of the songs. Personally, I like to be able to understand what the artists are saying in a song, and I feel like the instrumental in the verses of this song drown out his actual voice. Because I had to look up the lyrics in order to understand them, the track was a bit disappointing.

Okay. “A Beautiful Dream” starts with an intro that almost reminds me of “Wonder” by Shawn Mendes; in both songs, the violin builds suspense before the vocals appear. Hemmings’ voice echoes throughout, and I don’t know why, but this song makes me feel like I’m in outer space. I’m not a music expert, okay? This is next to “Mum” and “Place in Me” on my list of favorites.

“Bloodline” is soft and quiet. It contrasts the previous song nicely, going from intense, loud singing to more of a whisper tone. This song could be longer, as it’s only 2 minutes, 4 seconds. However, it’s a nice quick intermission to the final song on the album, “Comedown.”

The album’s finale is another slow, acoustic guitar song. The music doesn’t overpower the vocals, which I appreciate. I love this song because it’s probably the most lowkey and slow of them all.

“When Facing the Things We Turn Away From” gives a look into Luke Hemmings’ musical brain in a way the world has never seen before. Stylistically, it fits right in with today’s popular music, with vibes similar to that of Harry Styles, Billie Eilish and Shawn Mendes. This album was a nice gift to his fans, as we continue to wait for 5SOS to release their fifth album.